Mont Orford was the destination choice today to start off the 2018-19 season. There were other options that were thought of that involved a bit of travel, however I decided to stick to something nearby. This would be Orford's second weekend of operation. With the dump of snow this past week Orford was a good choice. All of Giroux North was open counting for about a dozen trails with the Giroux North Quad giving access. I arrived at the mountain at 8:45 under cloudy skies and the temperature hovering around 0 to -1 Celsius. I met up with an old friend of mine from my Owl's Head days so this venture was not a solo one. There was a decent crowd, but the wait in line was no more than a minute or so if that. I wouldn't even consider this a wait. Everything was flowing smoothly in line. 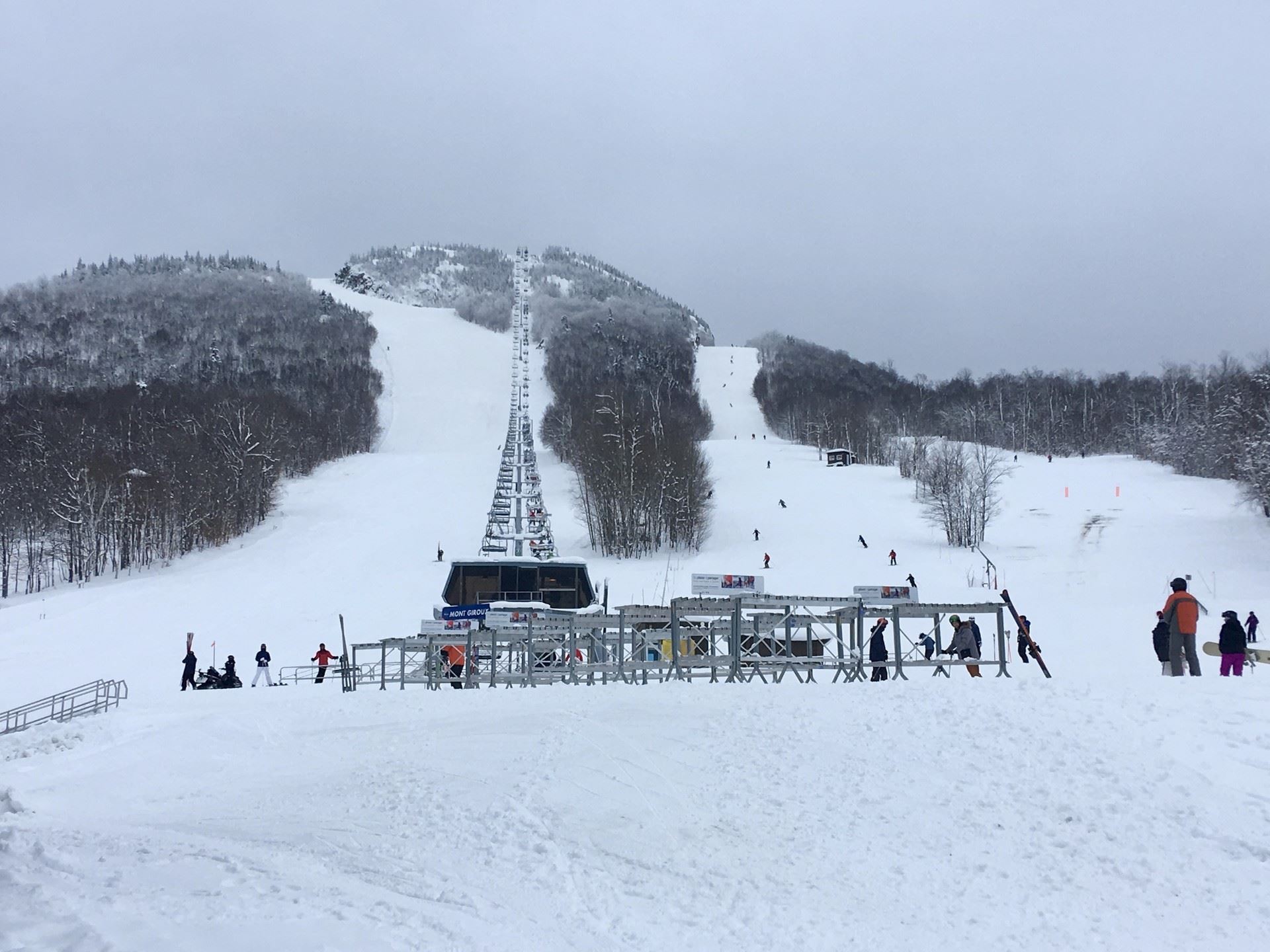 Today you were skiing on a mix of groomed man made and packed natural snow that was a bit damp from the mild temperatures that followed the storm. Nothing slushy or springlike, just good snowball making snow. Base was nice and forgiving. Majority of the trails open on Giroux North were on natural snow, with the exception of maybe one or two trails. Sure there were some spots that you had to be careful with and had to pay attention to, but the overall coverage was pretty decent for natural snow alone. It's what you would expect at the beginning of the season. The first run was down the Familale with the next down the Alternative into the l'Initiation, some other nice easy trails that led back to the quad. The Magog and the Jean-Davignon, the intermediate trails I skied today were a good test for early season legs and mine seemed to be happy with these choices of trails. After a few more runs, the last being down the Magog into the Pente Douce, I was done by noon. The legs weren't screaming, but I did start to feel it and decided not to push them any longer. 7 runs were enough for the first day of the new season. The Magnum was open as well but I took a pass on this one. We will get to it later in the season. It was a good first day out of hopefully many more of the season.

Here are a few more scenes of the day: 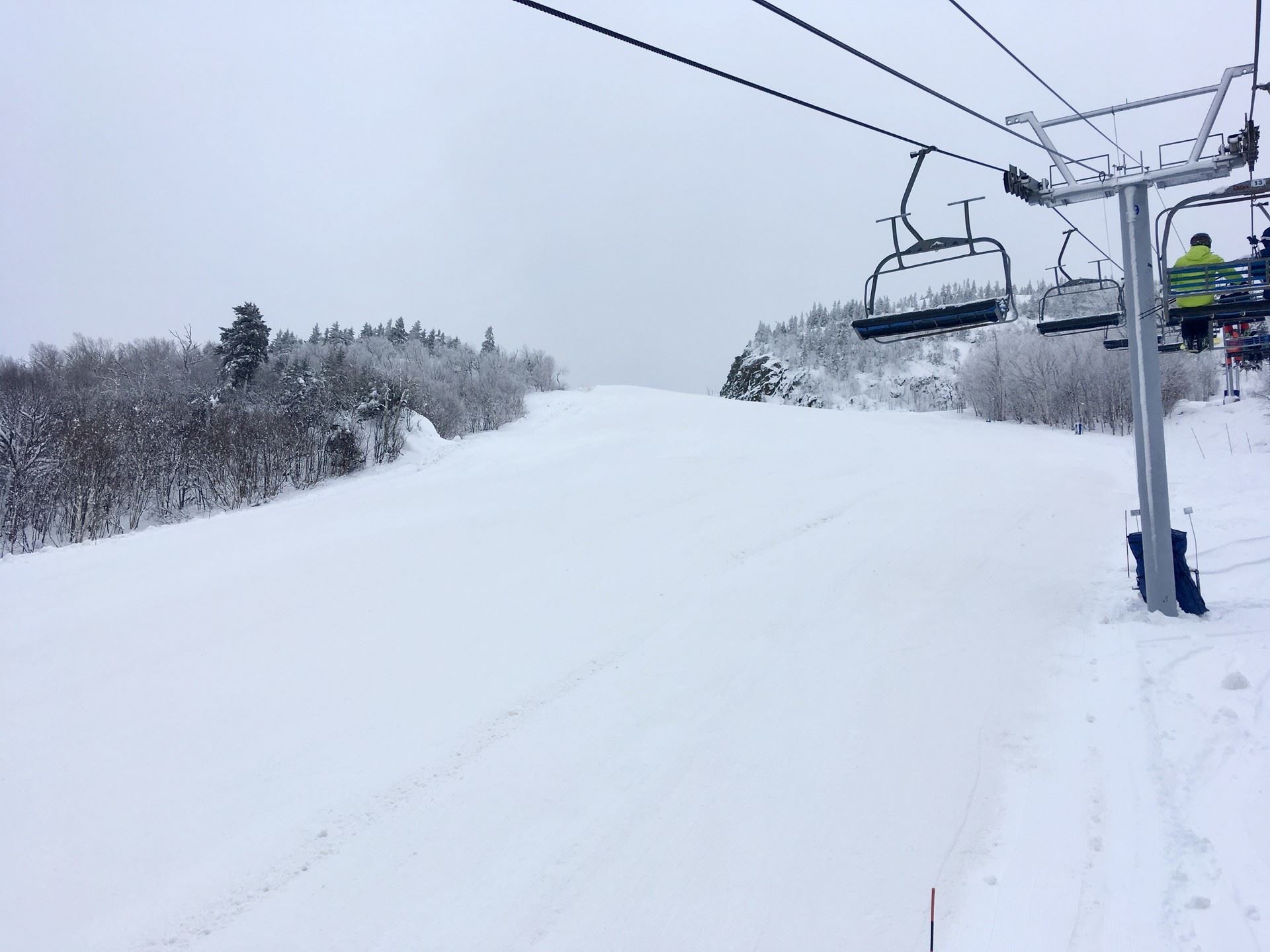 The Magnum and the Jean-Davignon: 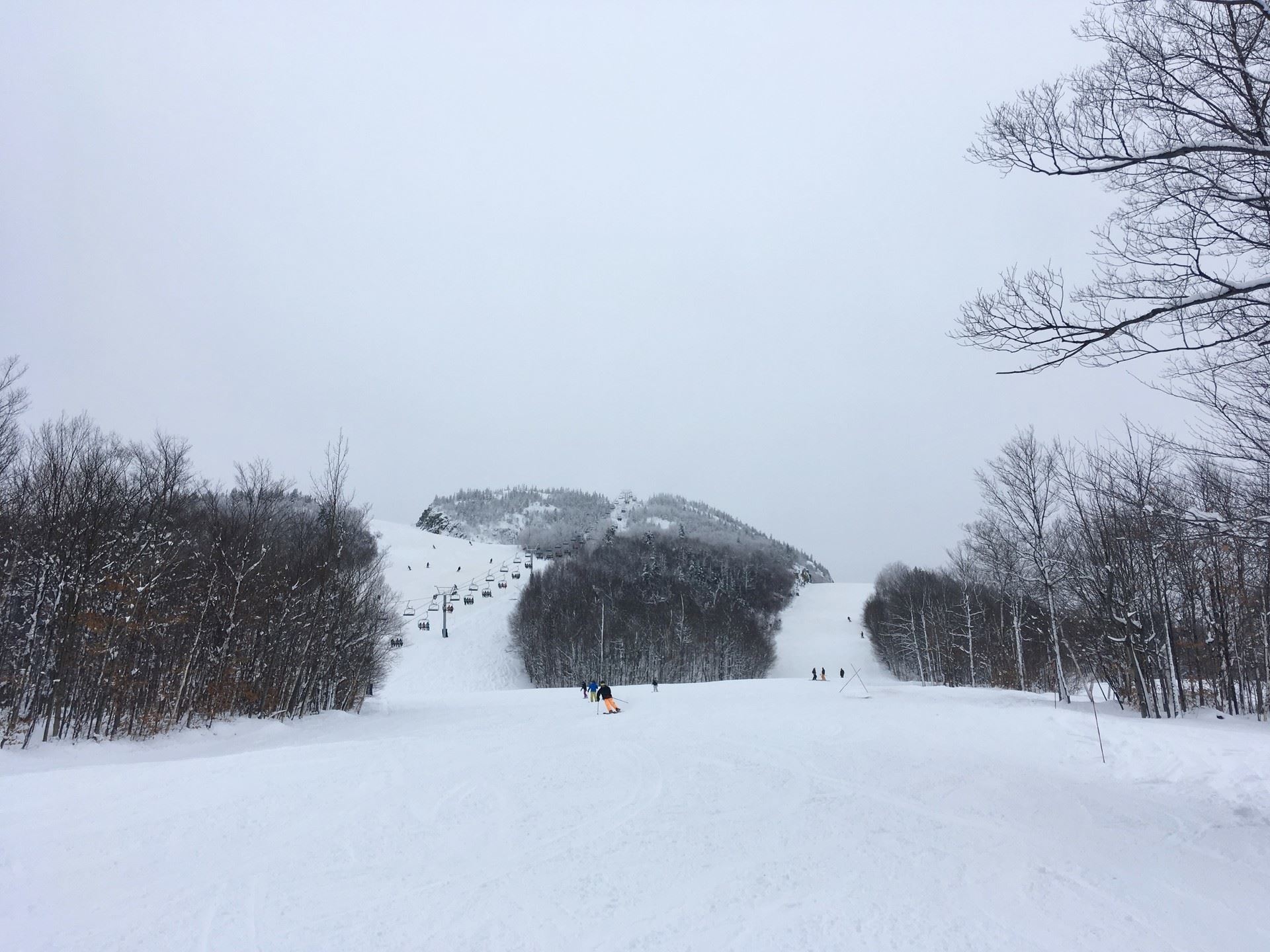 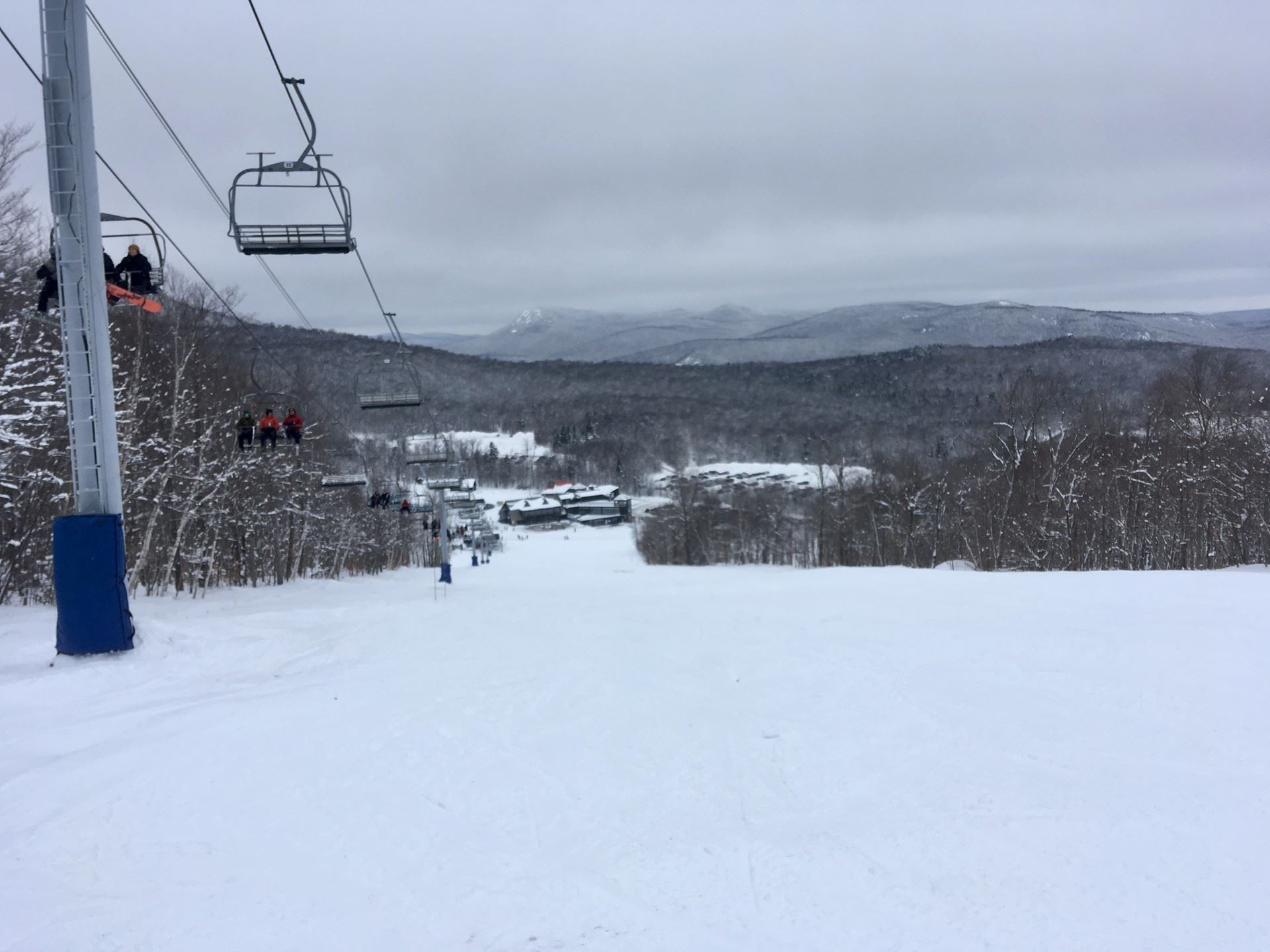