Day 2 of the season brought me to Mont Orford today. I had heard of the major construction project on the chalet, snowmaking system, and the new domed double magic carpet for the beginner's area that was installed, and has some finishing touches to go before it is up and running. I needed a sneak peek at what was done. I arrived at the mountain just after 8:30 with sunny skies and a crisp -11 degrees at the base. Once out of the car I noticed there was a bit of a breeze which made it colder than what it really was. With the rain and the warm weather this past week, and a wet weekend, I knew today was going to be a day where the snow was going to be hard and fast. Good thing I had a tune-up on the boards a couple of weeks ago! My buddy Christian contacted me to say that he would be there, and we met up to ski in the morning. 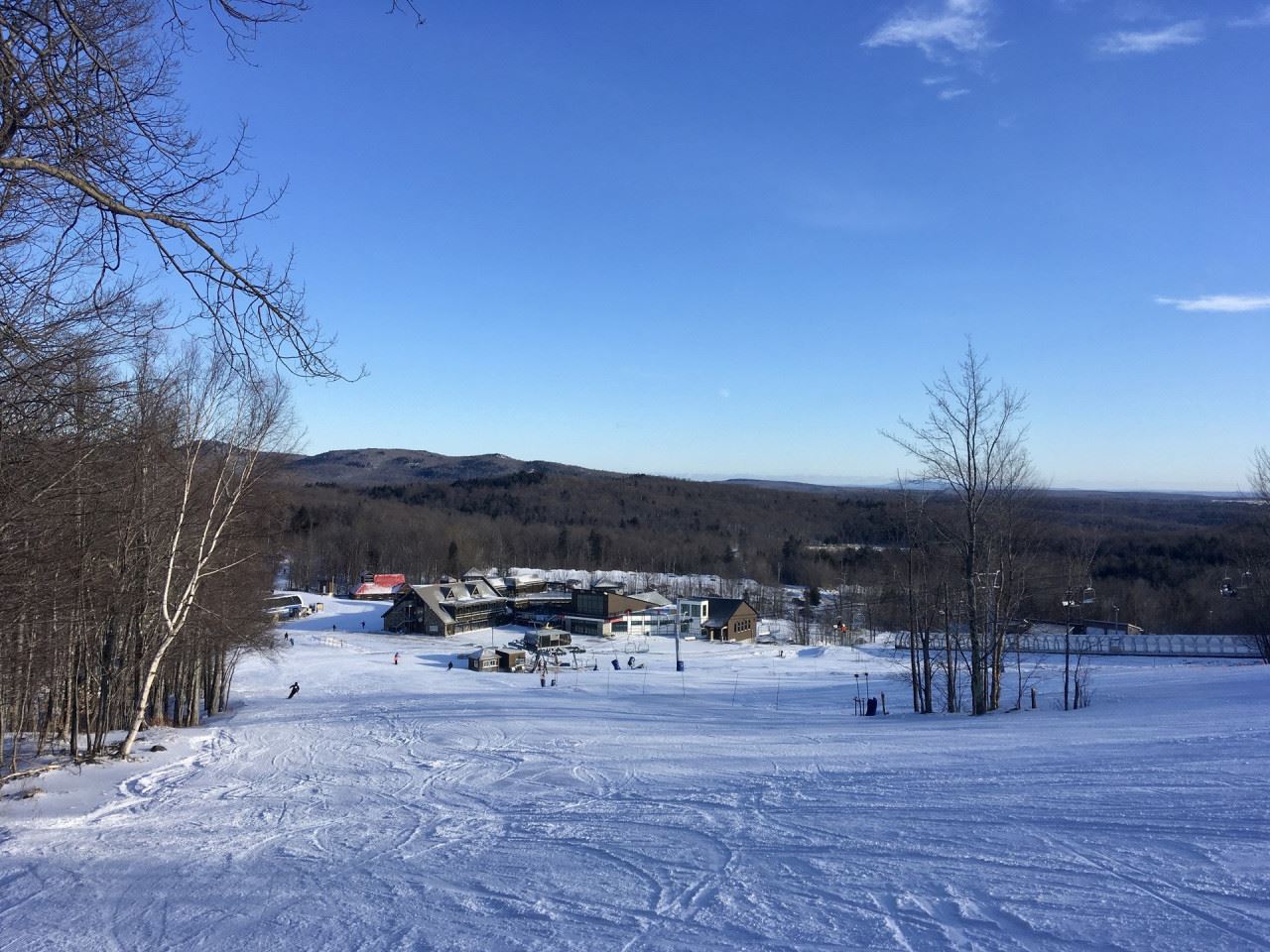 The Giroux North Quad was open serving the Magnum, Familliale, Magog, and the Jean-Daviginon trails today. At the base of the mountain it was breezy, but as you rode further up the lift, there was a steady wind. Being dressed for the occasion made it more bearable. The conditions were hard and fast with the rain and warm temperatures from the weekend. Machine groomed granular with some windswept areas that were a bit hard, but with a tuned pair of skis, you were fine. You definitely needed sharp edges today. The first warm up runs were on the Familliale a nice easy trail. There was complete coverage on all 4 trails, however with the wind, some sections got a bit scrappy, but nothing that I couldn't handle. It actually made for a good test of skills. Further down near the bottom stretch, on the skiers left, there was some skied out loose powder from the night before, so you had quite a variety of conditions.

The Upper/Middle Section of the Familliale: 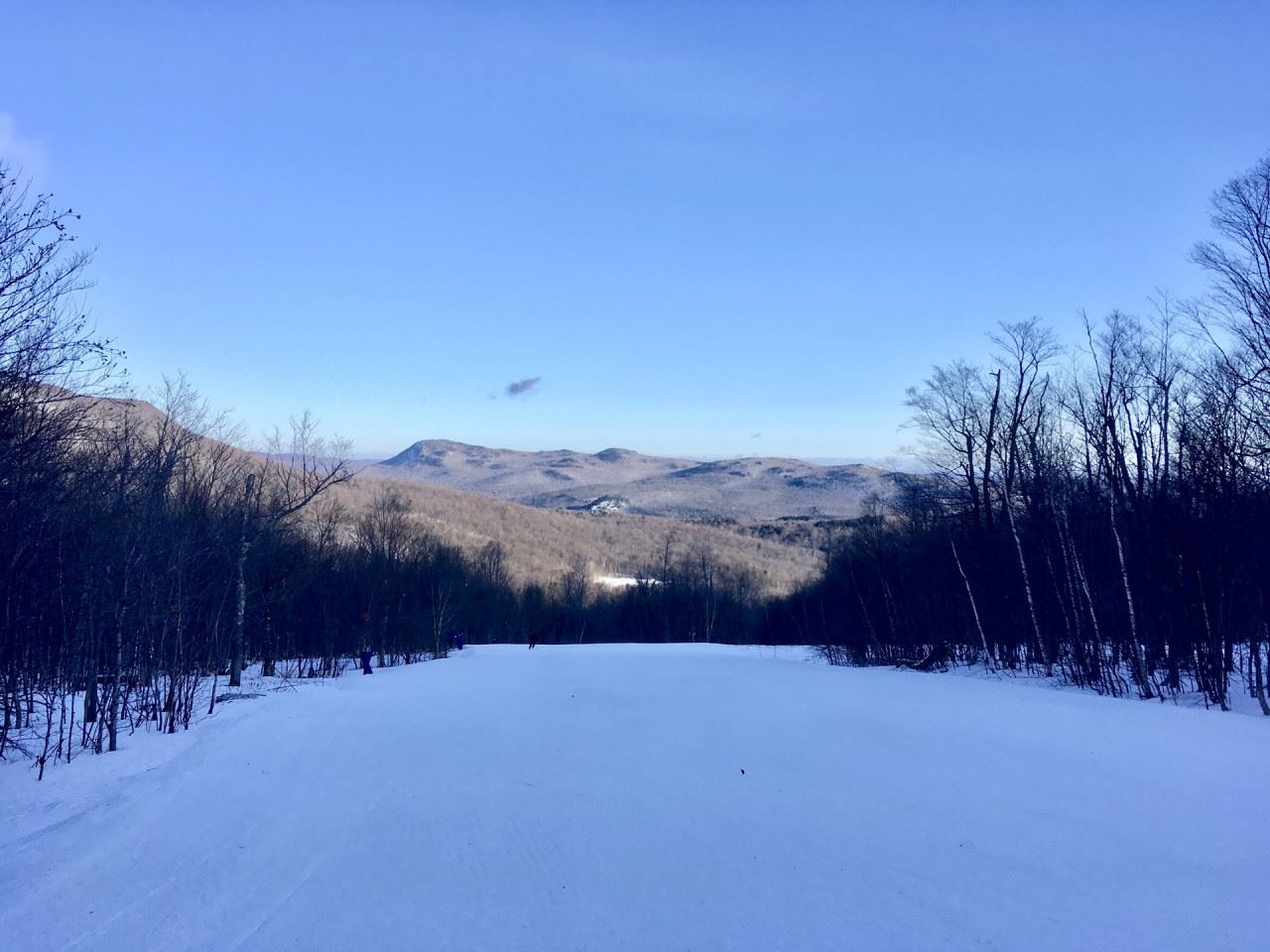 The Lower Section of the Familliale where the tracked out powder was: 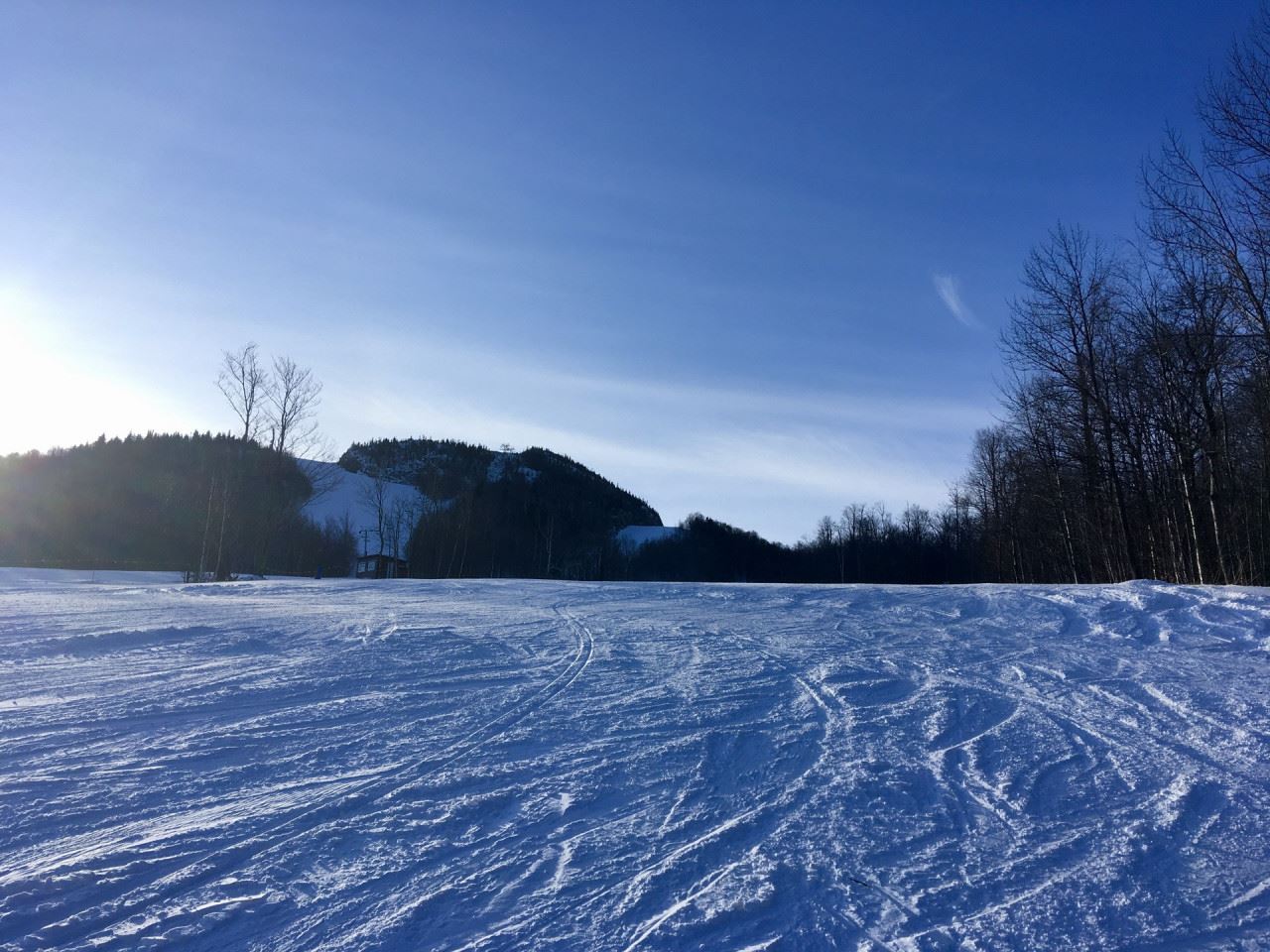 Then it was on to the Intermediate trails, the Magog and the Jean Davignon. Here the conditions were of groomed and windswept granular. Sharp edges were an asset. 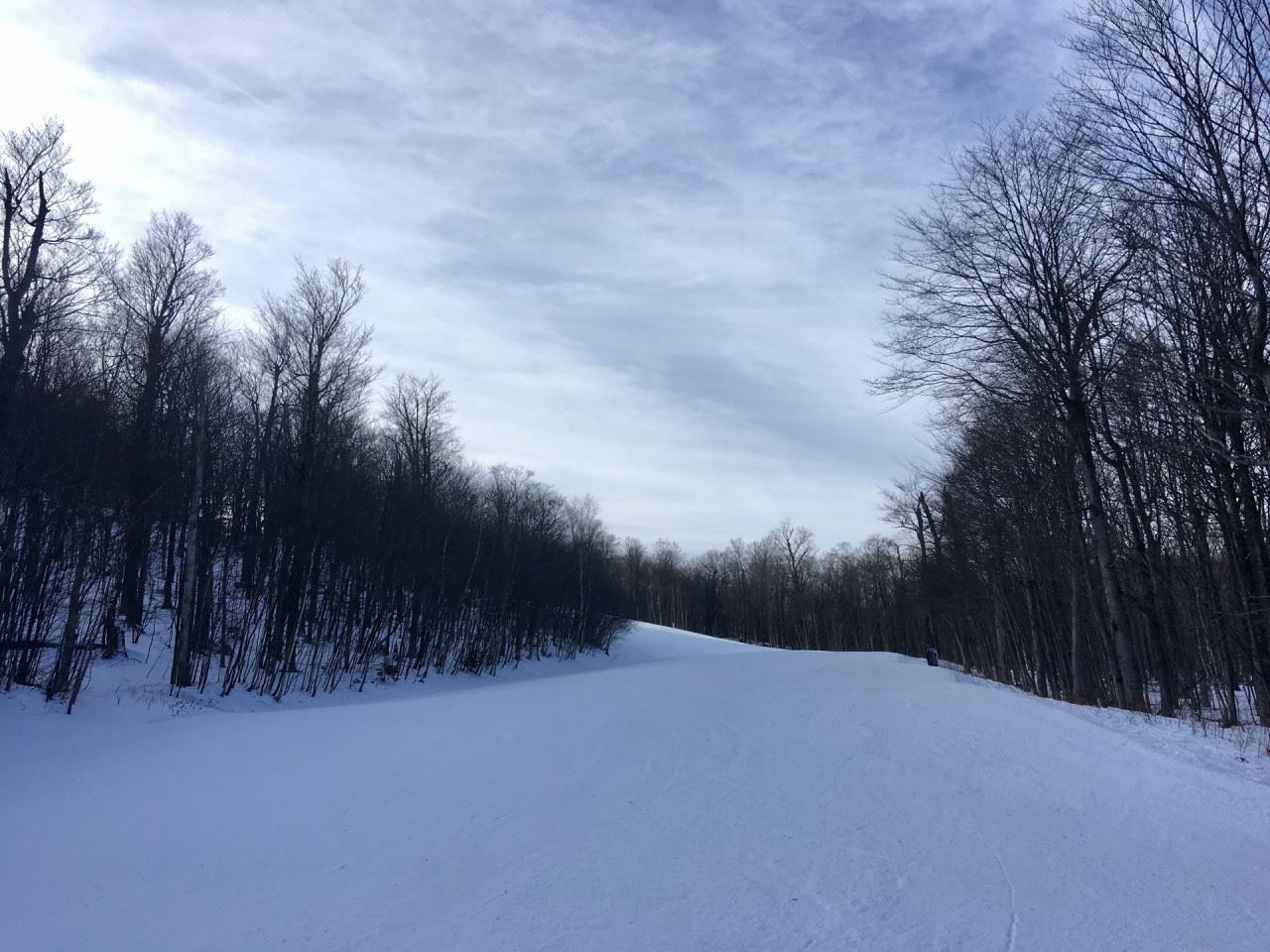 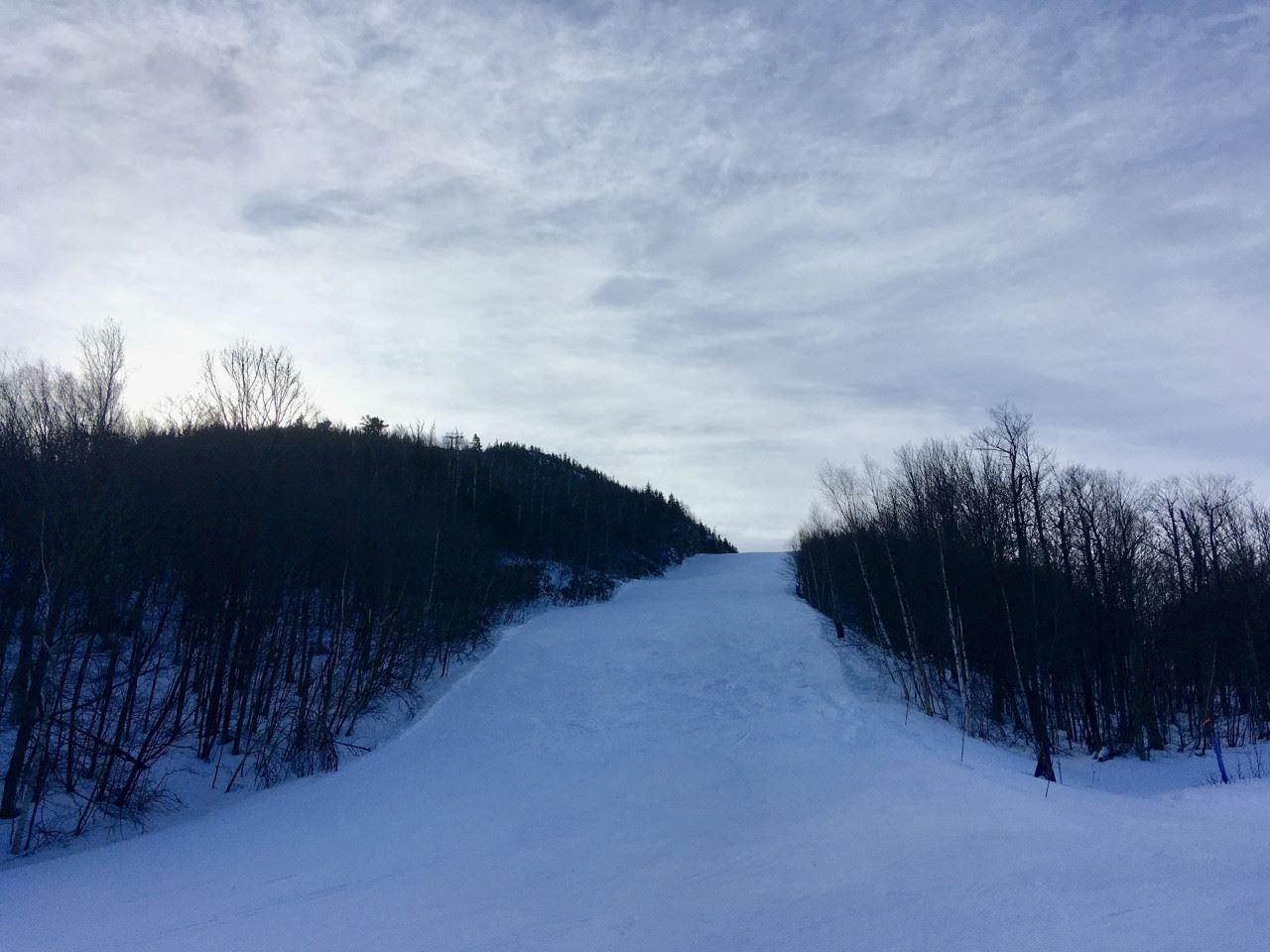 It was then time for a warm up in the chalet. After about a 20 minute break it was back out for a couple of more runs. There was no line up, and you could pretty much ski down the hill and right onto the lift. By noon we were done. I stayed away from the Magnum today as I didn't want to push myself being that it's still early season. Today was a well needed outing with my legs being put to the test. Even though my legs were getting sore, it actually felt pretty good.

The chalet is coming along nicely, as is the new domed double Magic Carpet. On the Familliale, the snowmaking line was changed over from one side to the other as the prevailing winds are now behind the line so that more snow can be blown over the trail, and not blown back into the woods should there be any wind. Also new hydrants were installed along with the new line. The edges of the trails were cleaned up from trees leaning over, and some lines of sight at a few of the junctions were improved as well. Some other sections had new snowmaking hydrants put in to replace some older ones. This is only the beginning of some of the improvements on the mountain. On my next visit later in the season, we will take a look at some of the other work done on the off season.

Here are a few more scenes from the day:

A shot of the Hybride with the Moon: 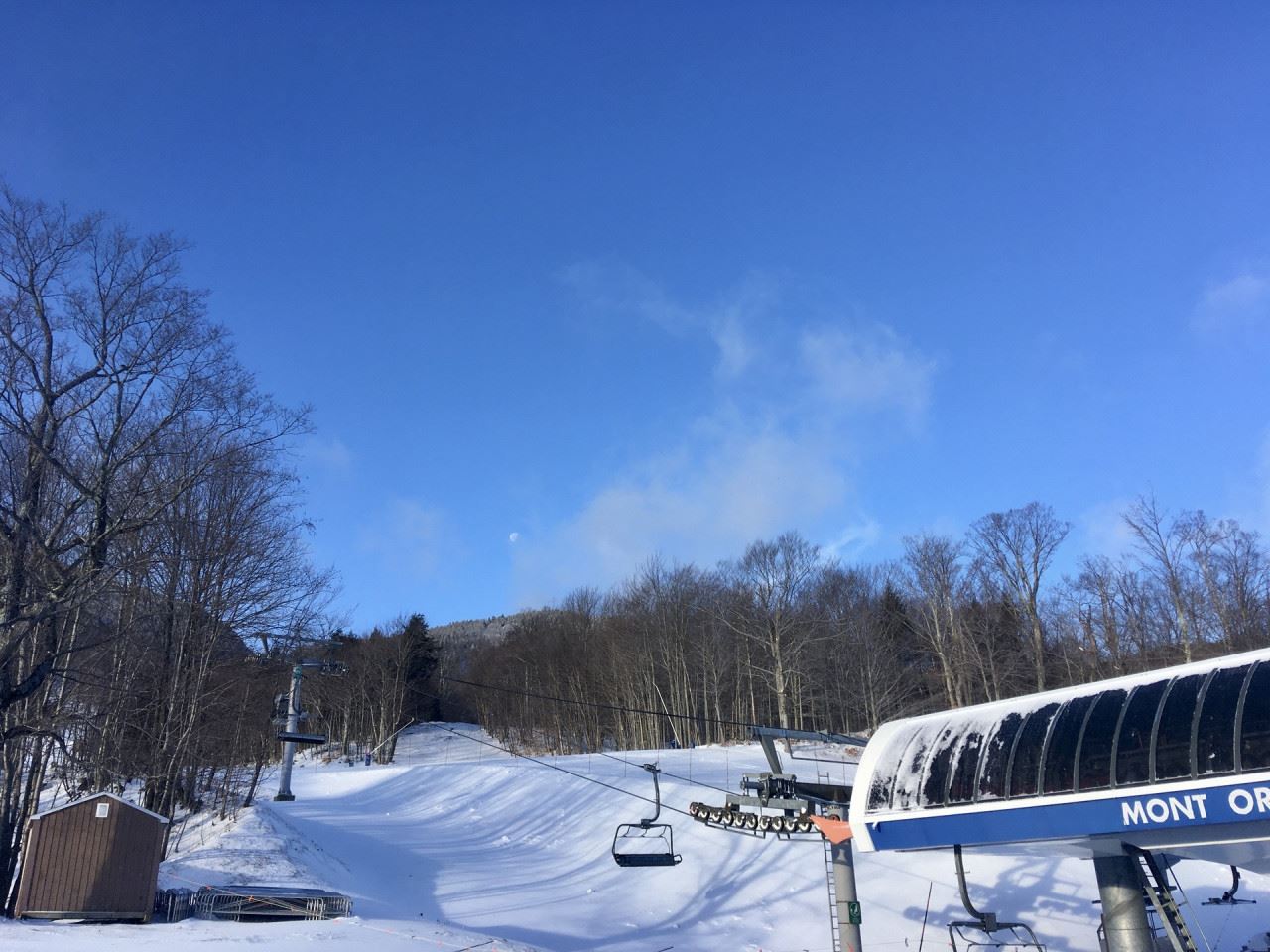 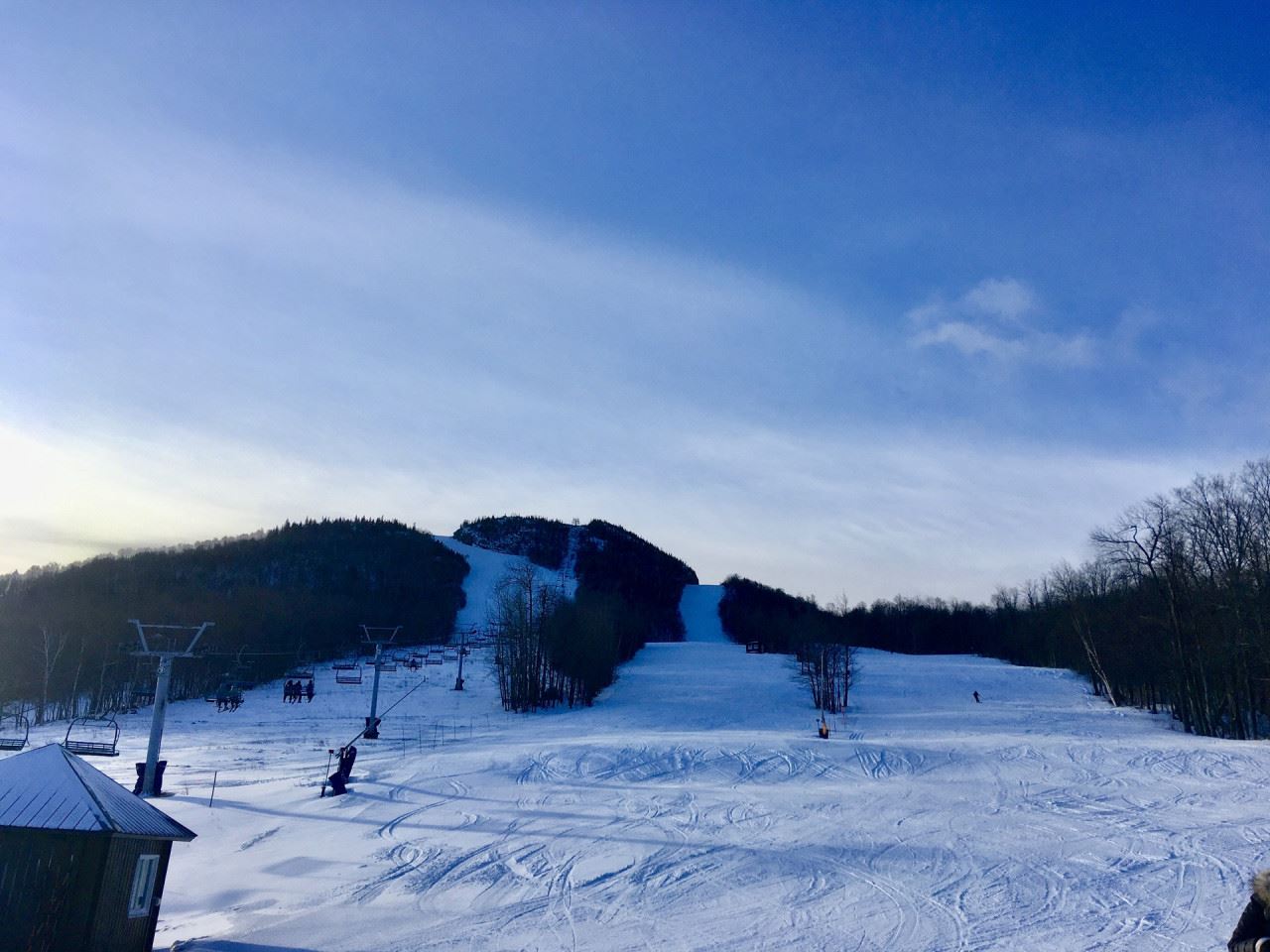 The Work on the Chalet Extension: 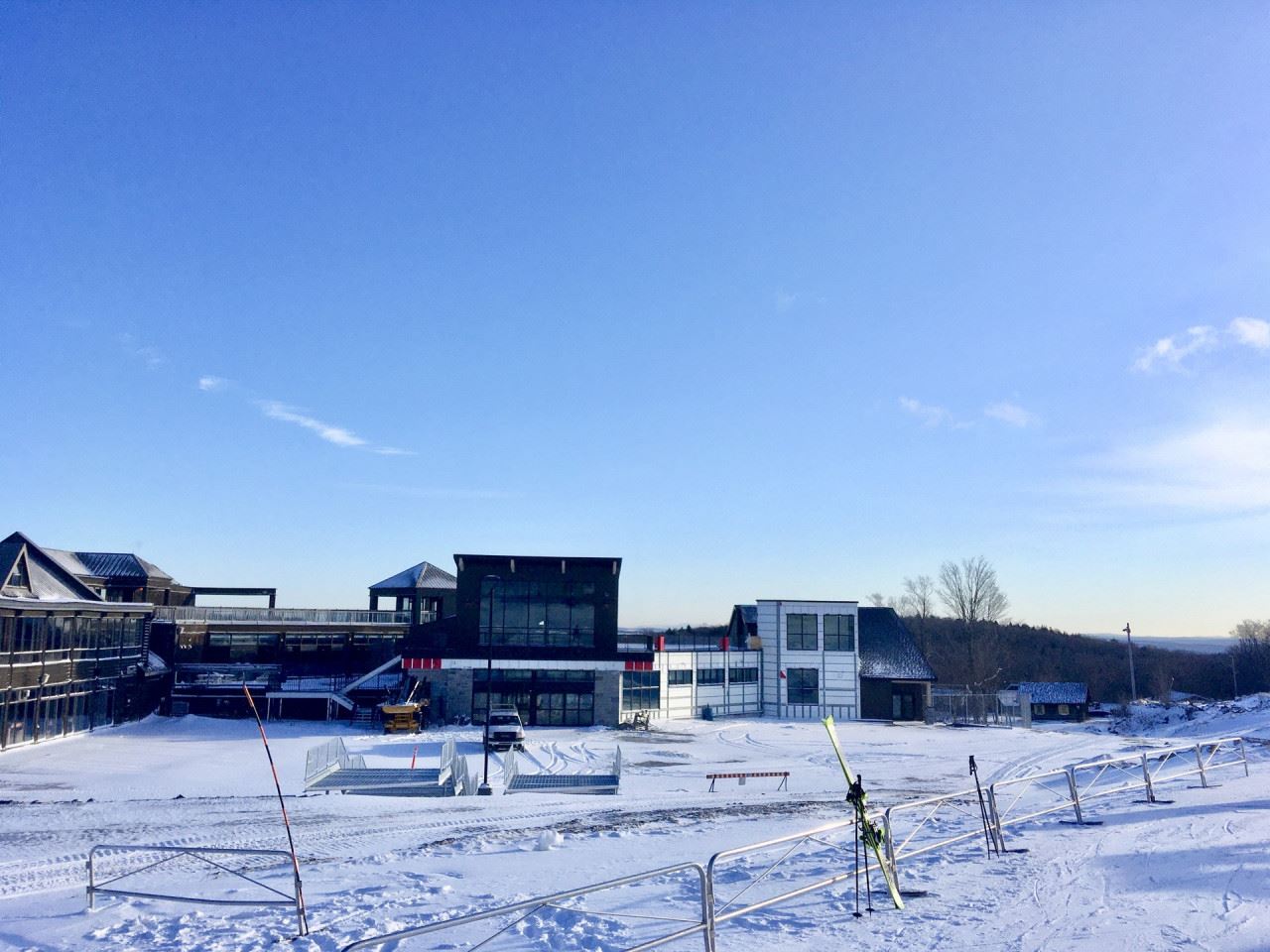 A shot of the new domed double Magic Carpet lift: 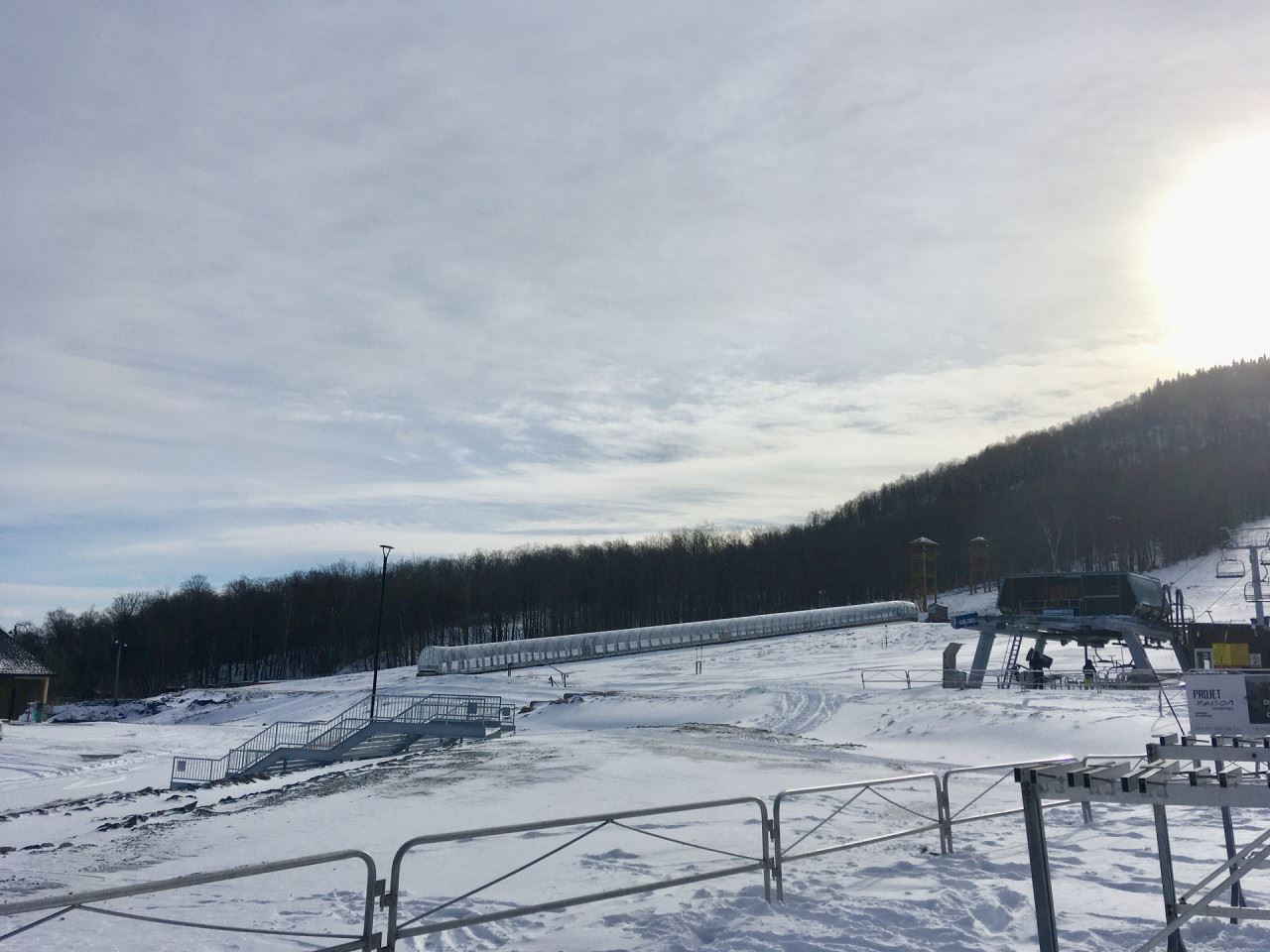