Now the season has come to an end! With the announcement a short time ago that Sommet St. Sauveur was extending their season to May 26-27, I wasn't so sure it was going to happen, but it did! It was pretty much a last minute decision to go as the long range forecast from earlier in the week didn't look too promising, but it changed, like it normally does. So departure from Sherbrooke was scheduled for 6am to be sure that if there were delays, aka the Turcotte Exchange in Montreal, then I would still arrive on time for first runs.It was sunny when I left, but the closer I got to Montreal, it was starting to cloud over. I didn't drive into any rain. I arrived earlier than expected thanks to the little to no traffic on the island of Montreal. Smooth sailing and arrived in the parking lot at 8:15. Lift opened at 9:00. Nice wind down from the drive and took my time getting ready. 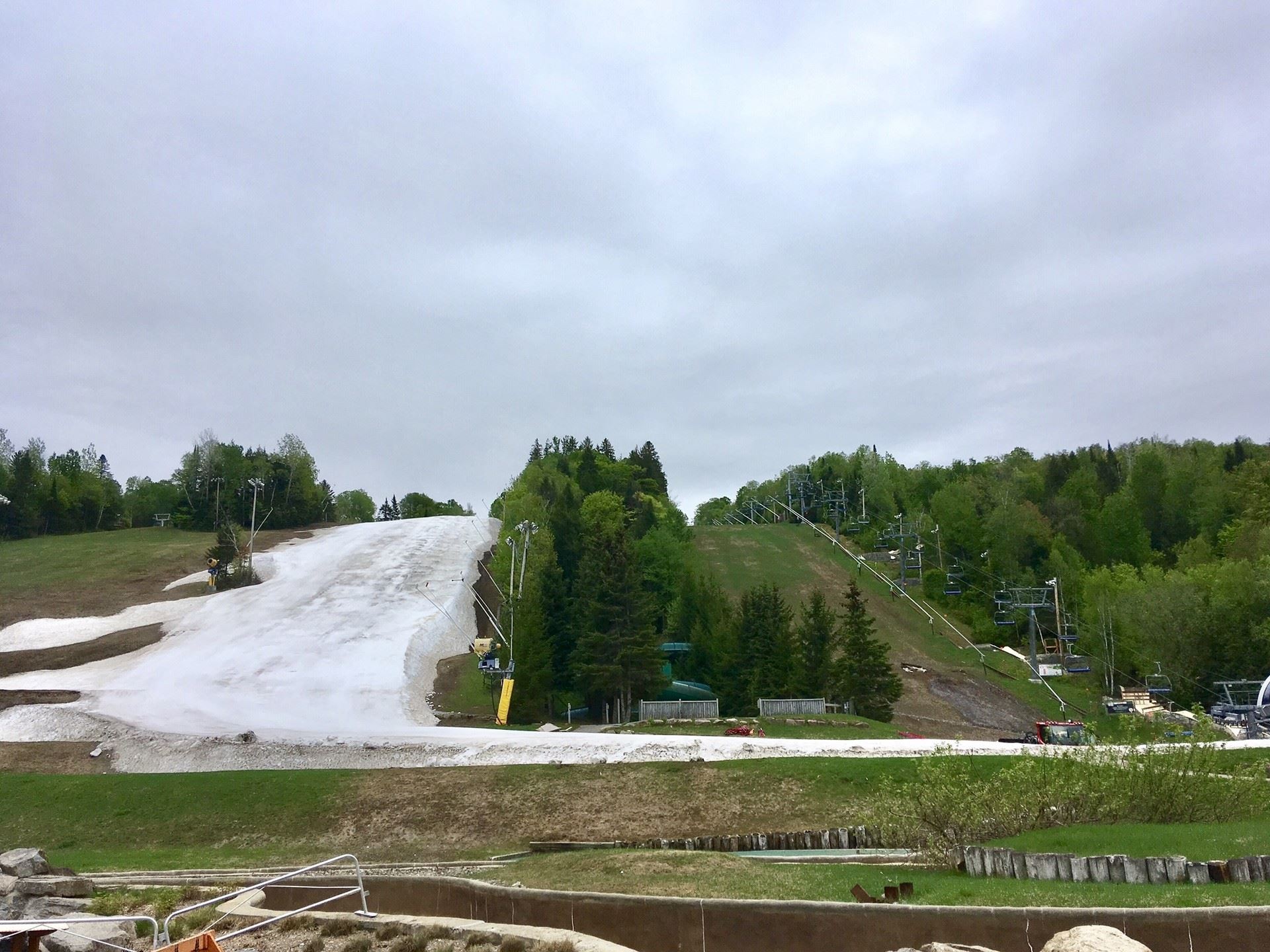 I was 5th in line for first turns on the St. Sauveur glacier aka the 70 Ouest. All the snow that the Nordique had a couple of weeks ago is completely gone, with a patch near the top. The 70 Ouest had been groomed a bit as it was pretty smooth and soft with the typical spring type corn snow. The conditions were pretty good considering the melting and the mild temperatures in the past few weeks. The trail was just wide enough to pass through in some places but still decently covered. There were quite few people getting in their final turns of the season. Some were skiing on the grass for a short distance.

The top of the Etoile and someone skiing the overland route: 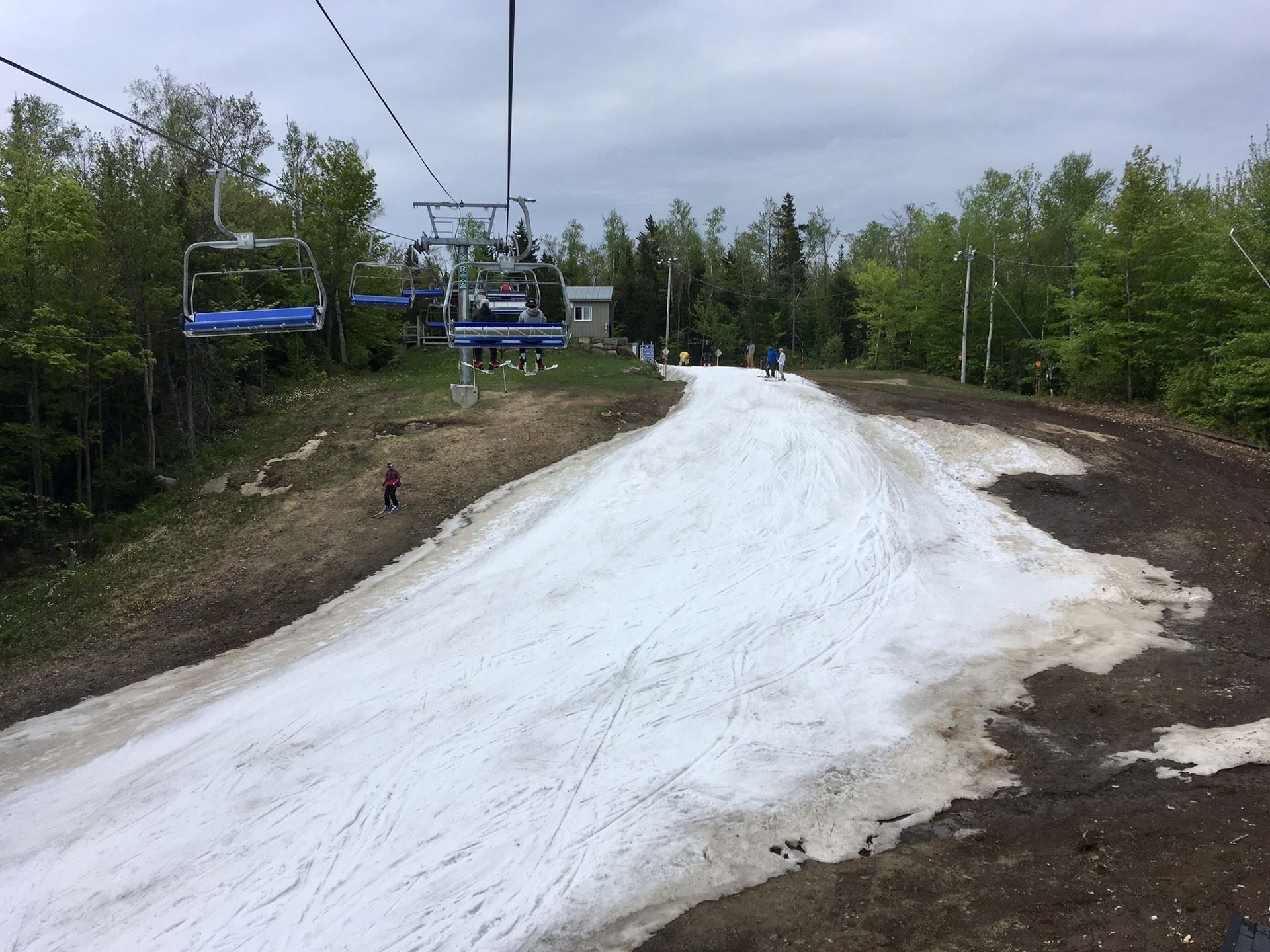 By noon it started to get roughed up in some spots where the snow had been skied off and ice started to appear, but it was soft enough that your edges were doing their job and wasn't as difficult as it is when it's 20 below zero. The bumps that started forming on the bottom pitch were soft enough to pretty much ski through. There was the usual mogul strip, but they too were getting pretty worn. After 14 runs and 3 hours of skiing it was time to call it a season. It started to sprinkle a bit around 11 but nothing too wet. This marks the latest end to the ski season ever for me. This season was the best season for me in quite sometime. Another year of reporting for SlopeEdge under my belt and hopefully many more. Until next season!

Here are some more scenes of the day: 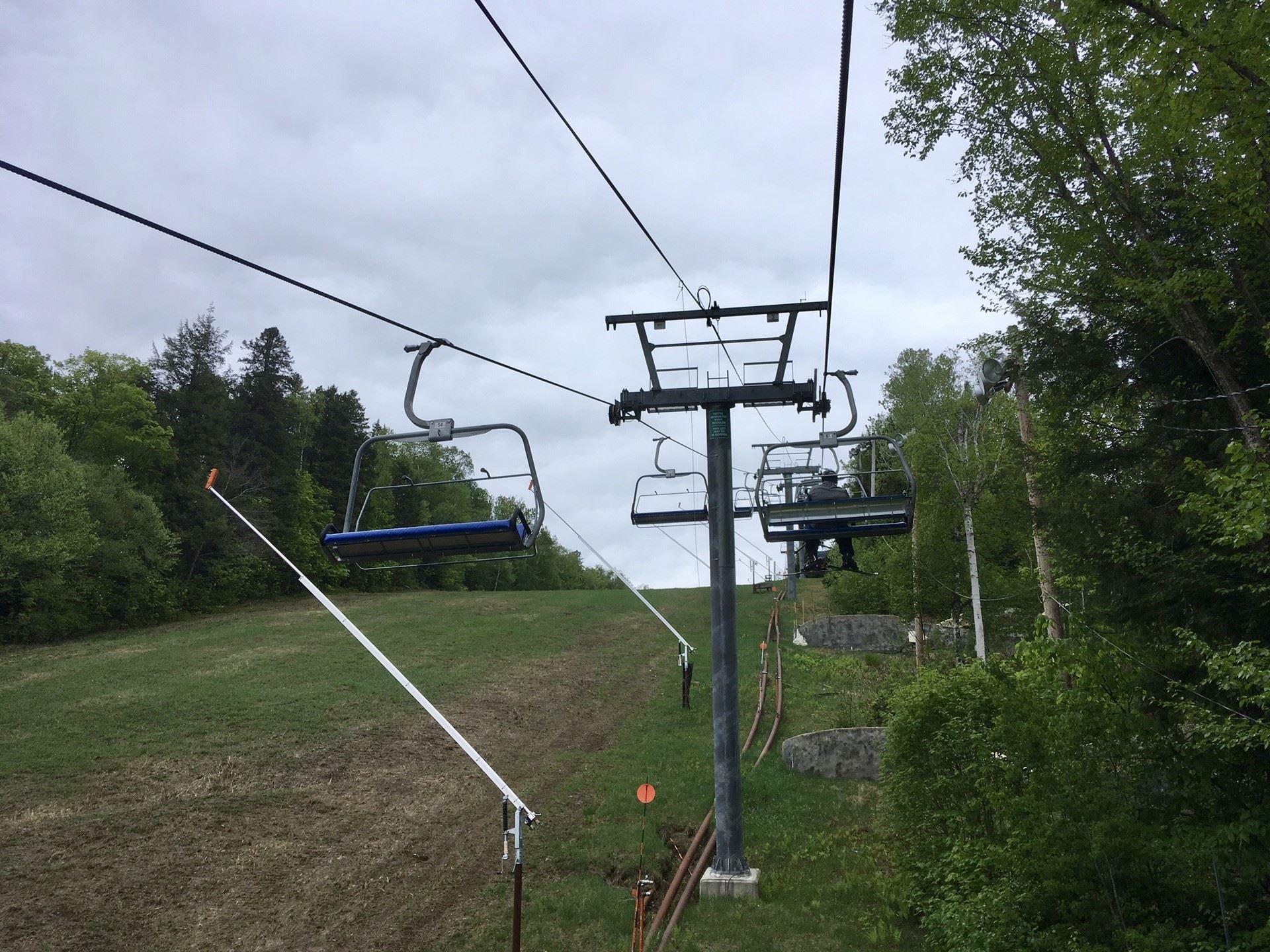 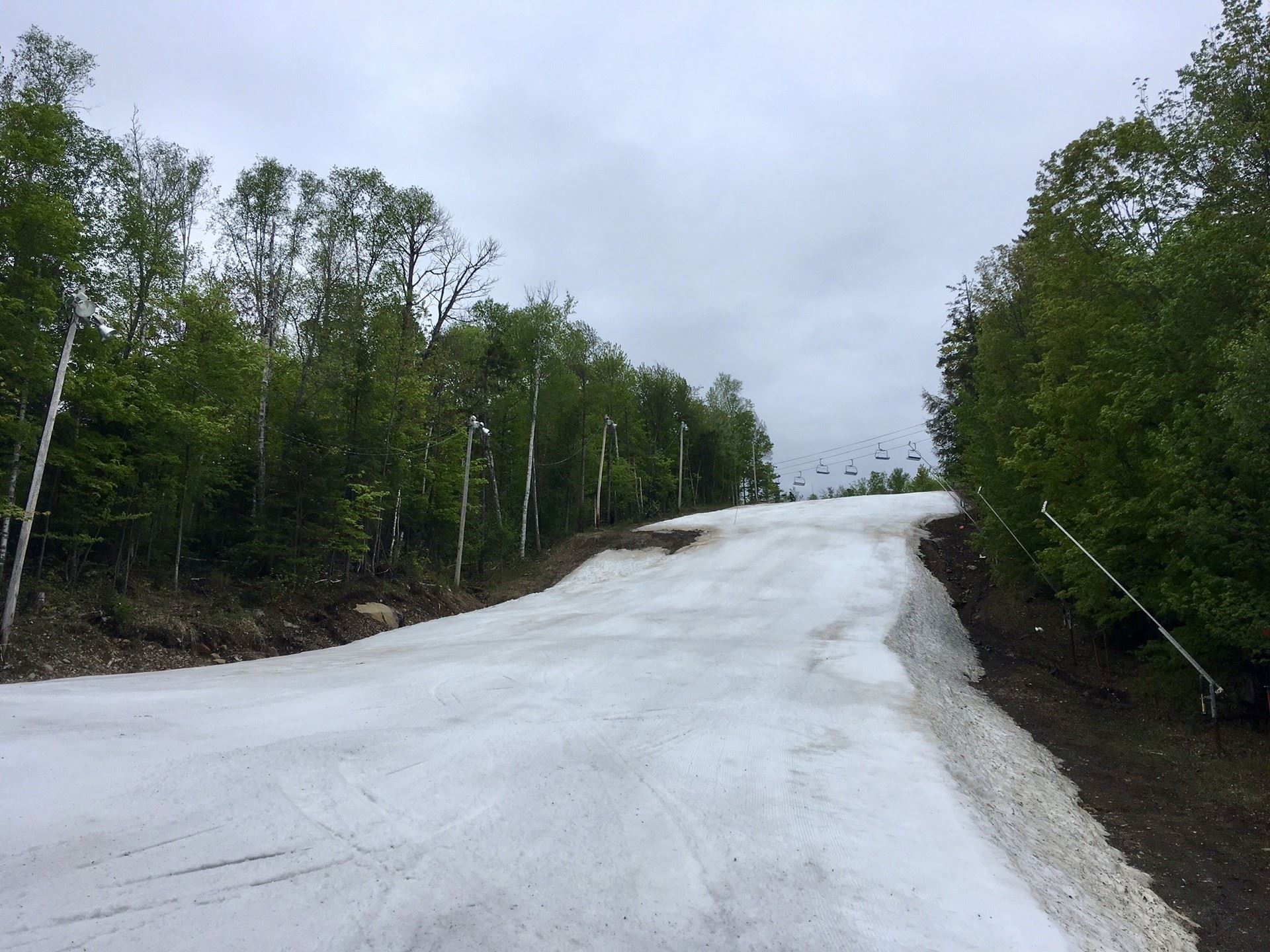 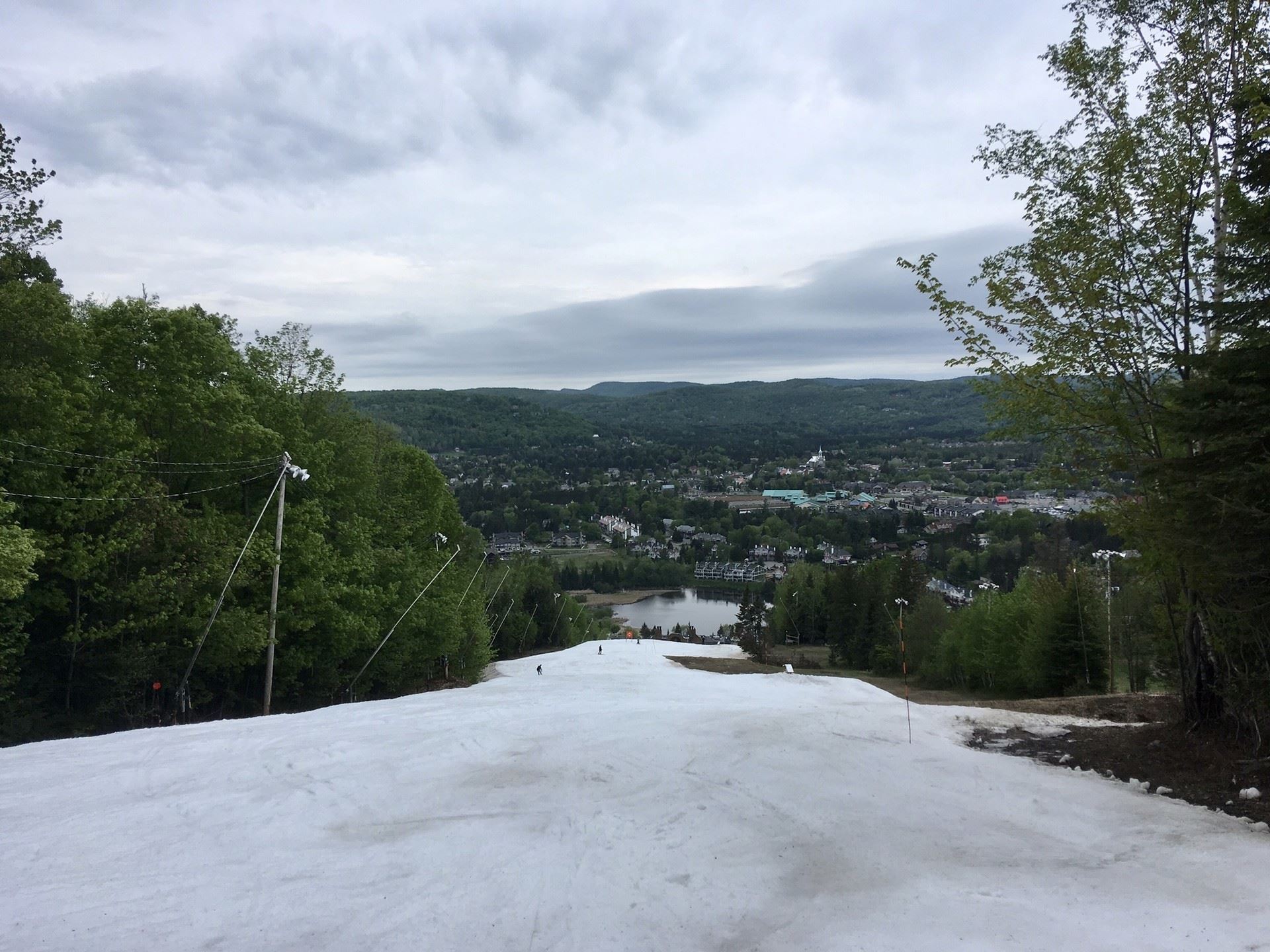 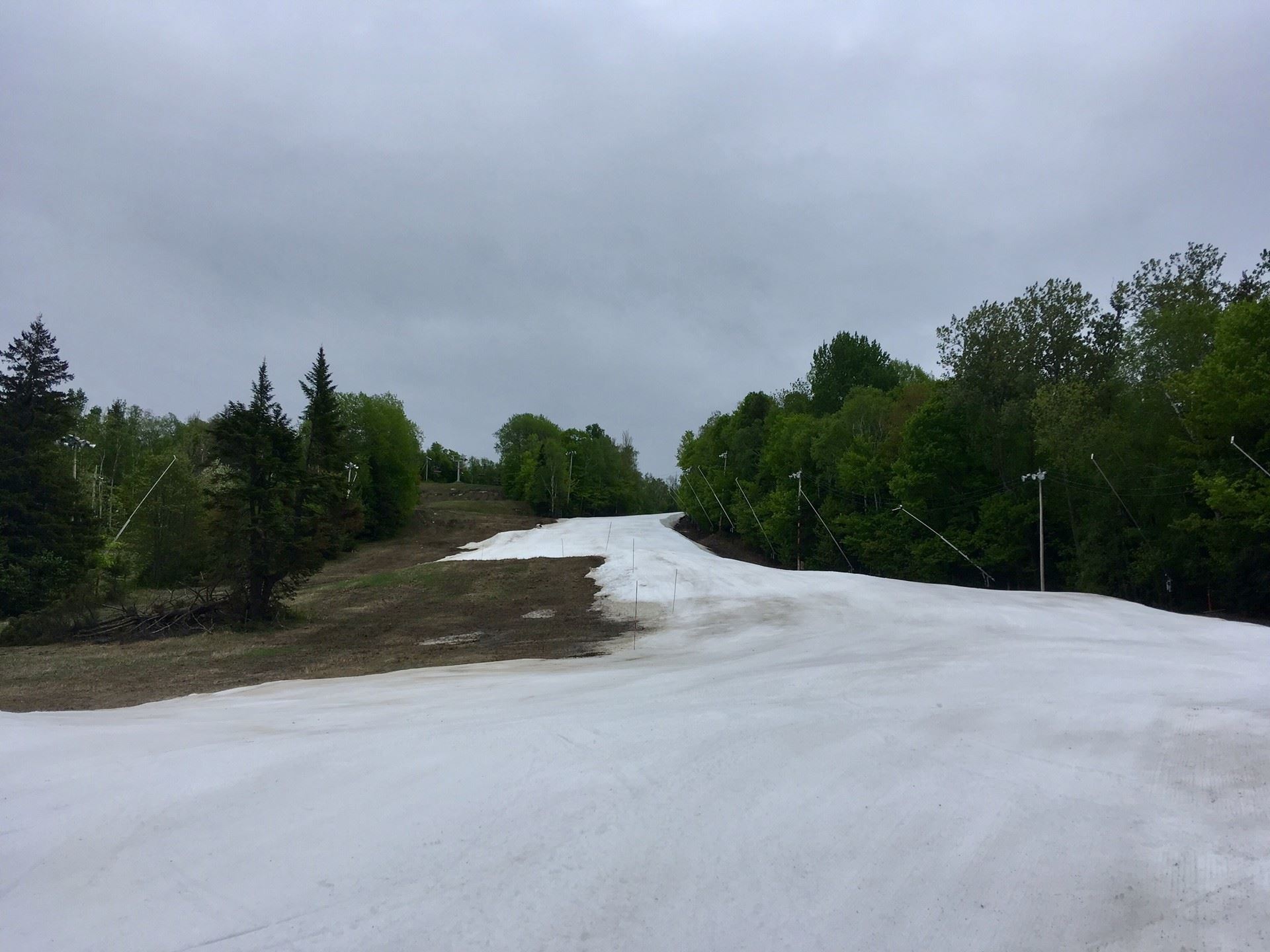 Tags:
Sommet Saint-Sauveur
Algonquin Park - Kiosk Loop - May 17-20th 2018
The Longest Season in the East ends with a multi-s...