I had initially planned to go to Saint-Sauveur on Saturday but the anticipated night skiing didn't happen due to the weather. So I headed up on Sunday afternoon, arriving around 3:30 to the beginning of sunset. Some people were still arriving and some were leaving and mentioned it was pretty icy, which wasn't surprising given last week's rain. I got ready and headed to L'Etoile, currently the only running chairlift serving the 70 Ouest. What a difference a week makes - compared to the previous week's coverage of natural snow, the Nordique was almost bare all the way up, with just a few snowy patches remaining. The 70 Ouest itself had corn in some spots but for the most part was thin cover over ice, with some short sections of only ice. Sharp edges were useful here! The snowpark also changed as the pipe was out and only the rail remained, but people were still lined up to ride it. The top section of the bottom pitch was pretty bald and even had tall grass poking through in spots - definitely a good day for rock skis. Still, there was just enough coverage that you could avoid the ice by making tight turns to the base....and then do it all over again. Definitely got a few careful descents in and met a lot of happy people out for the first time this season. 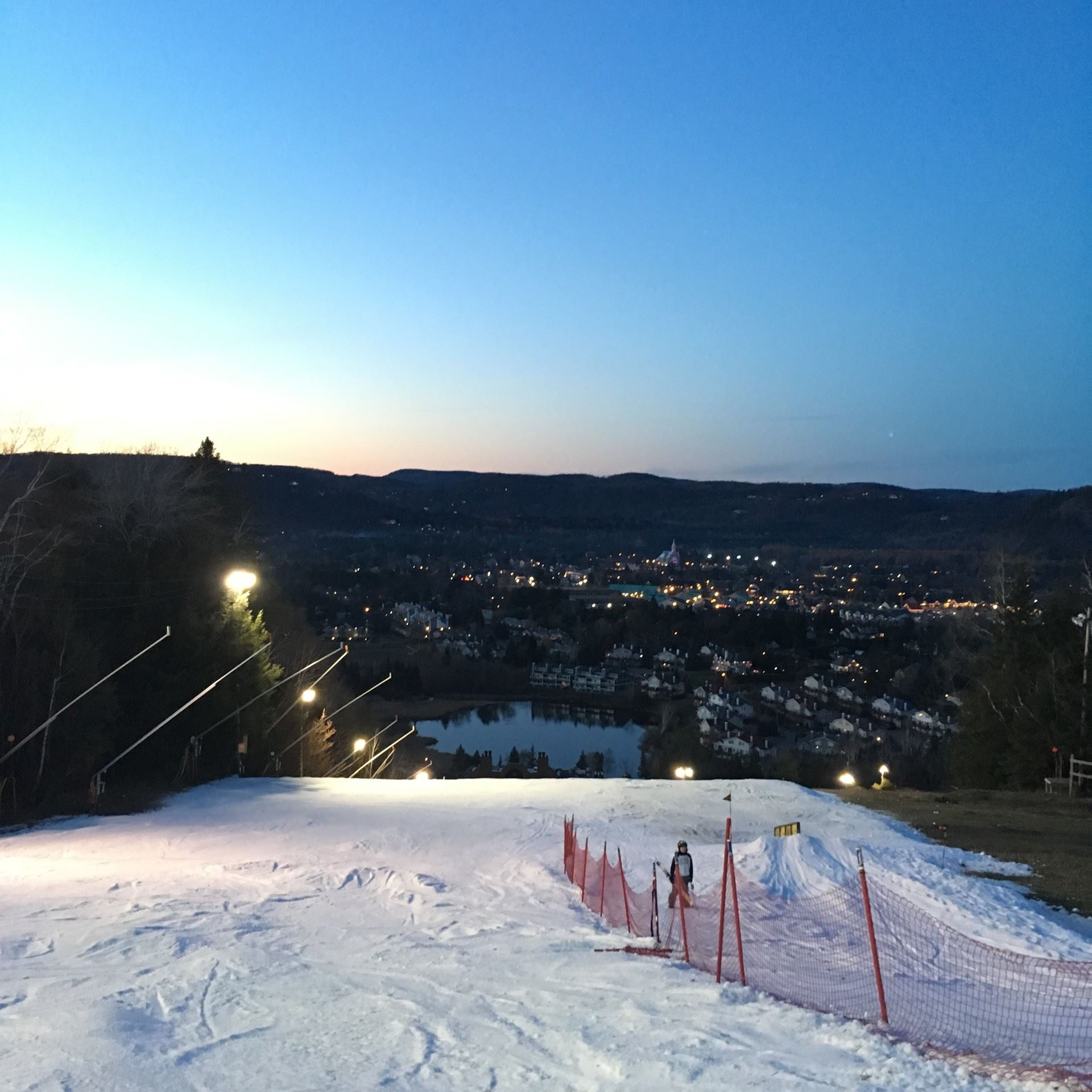 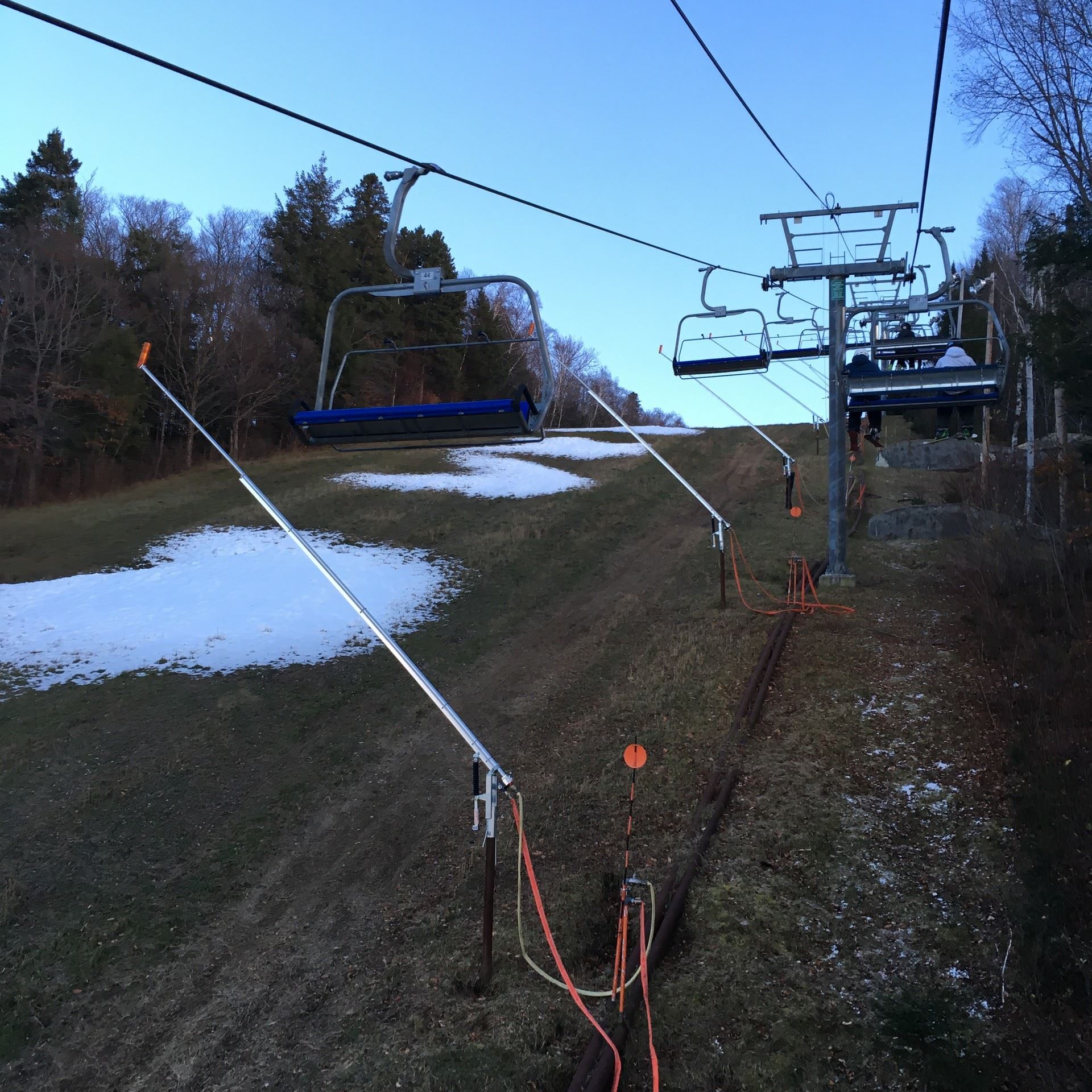 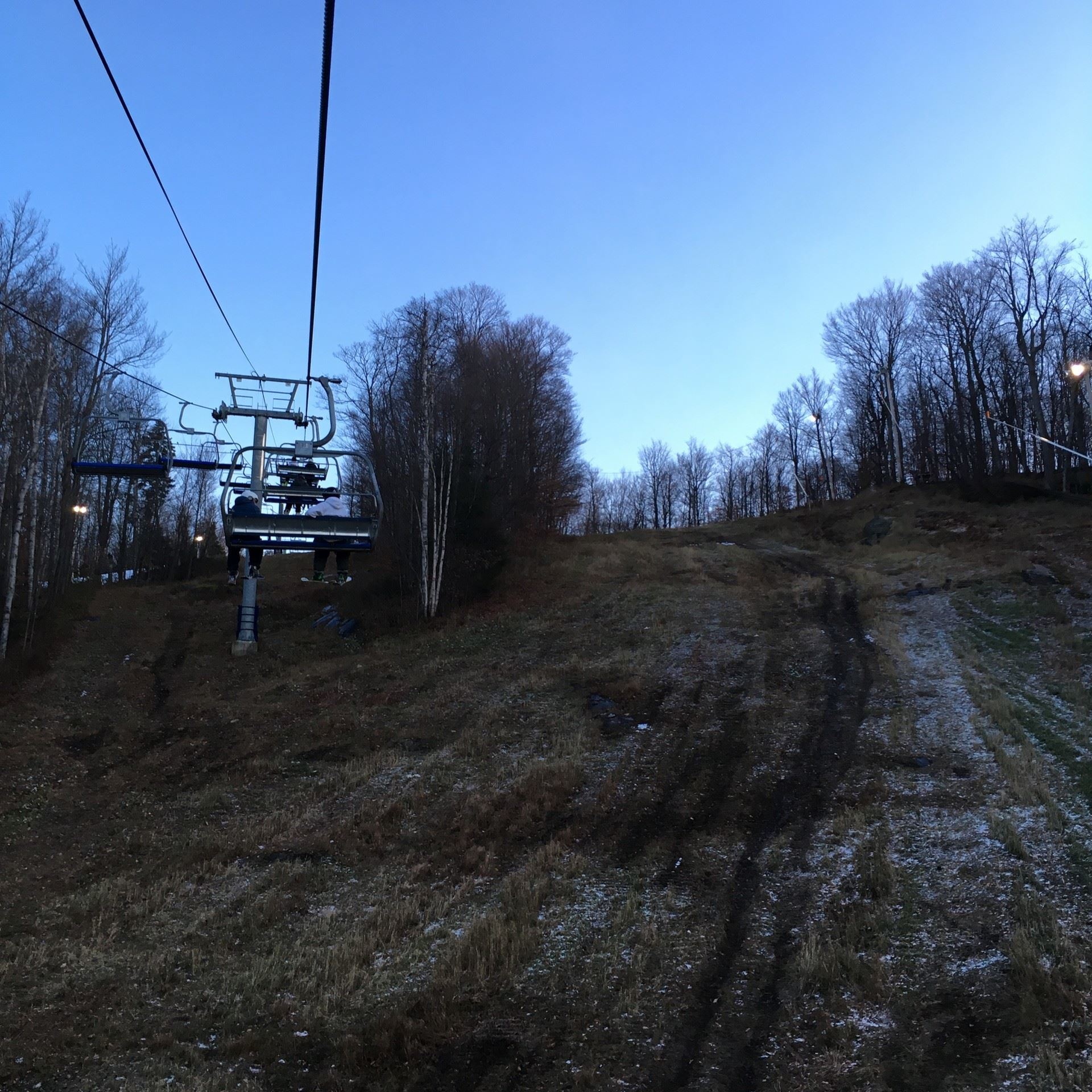 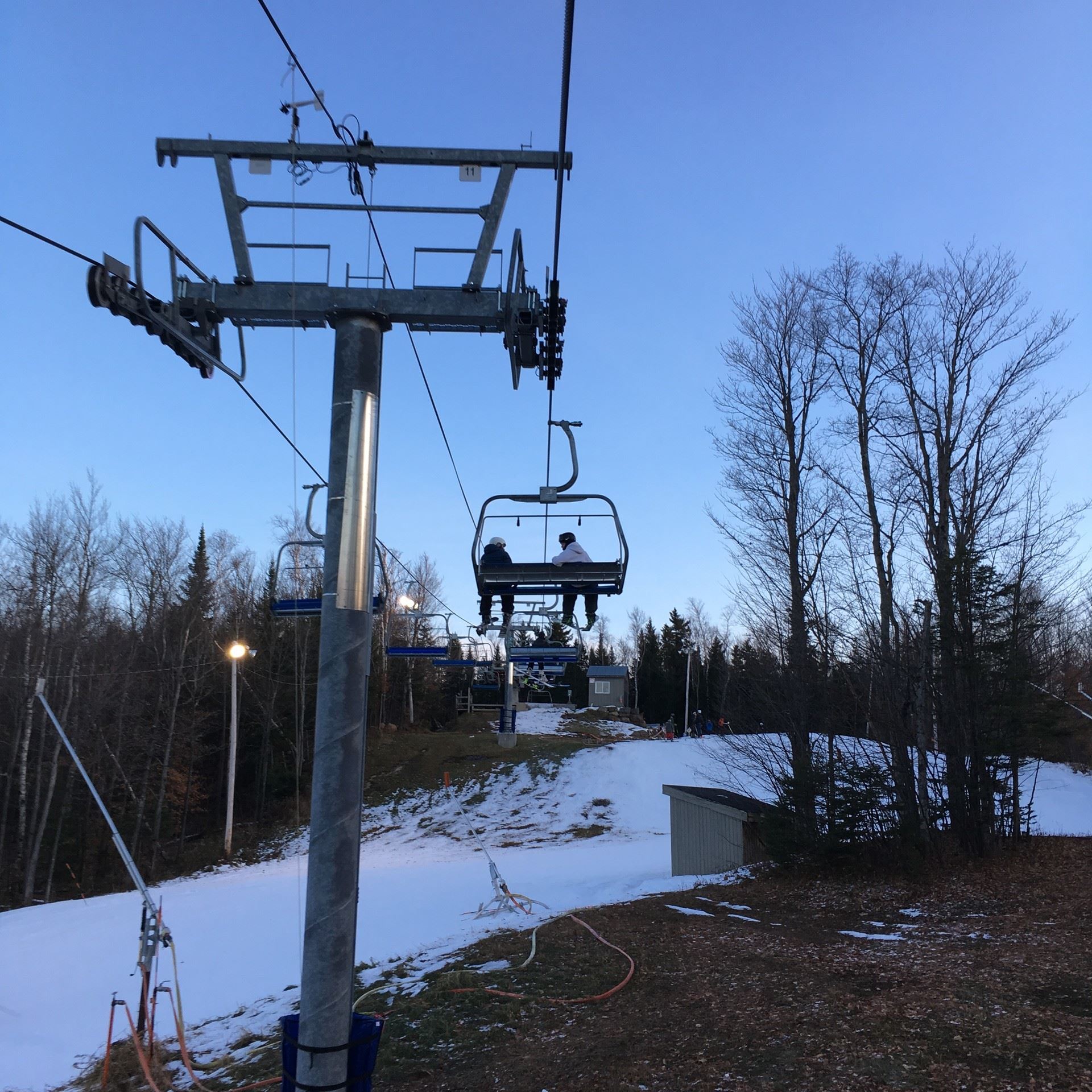 The 70 West shrank a little bit at the top. 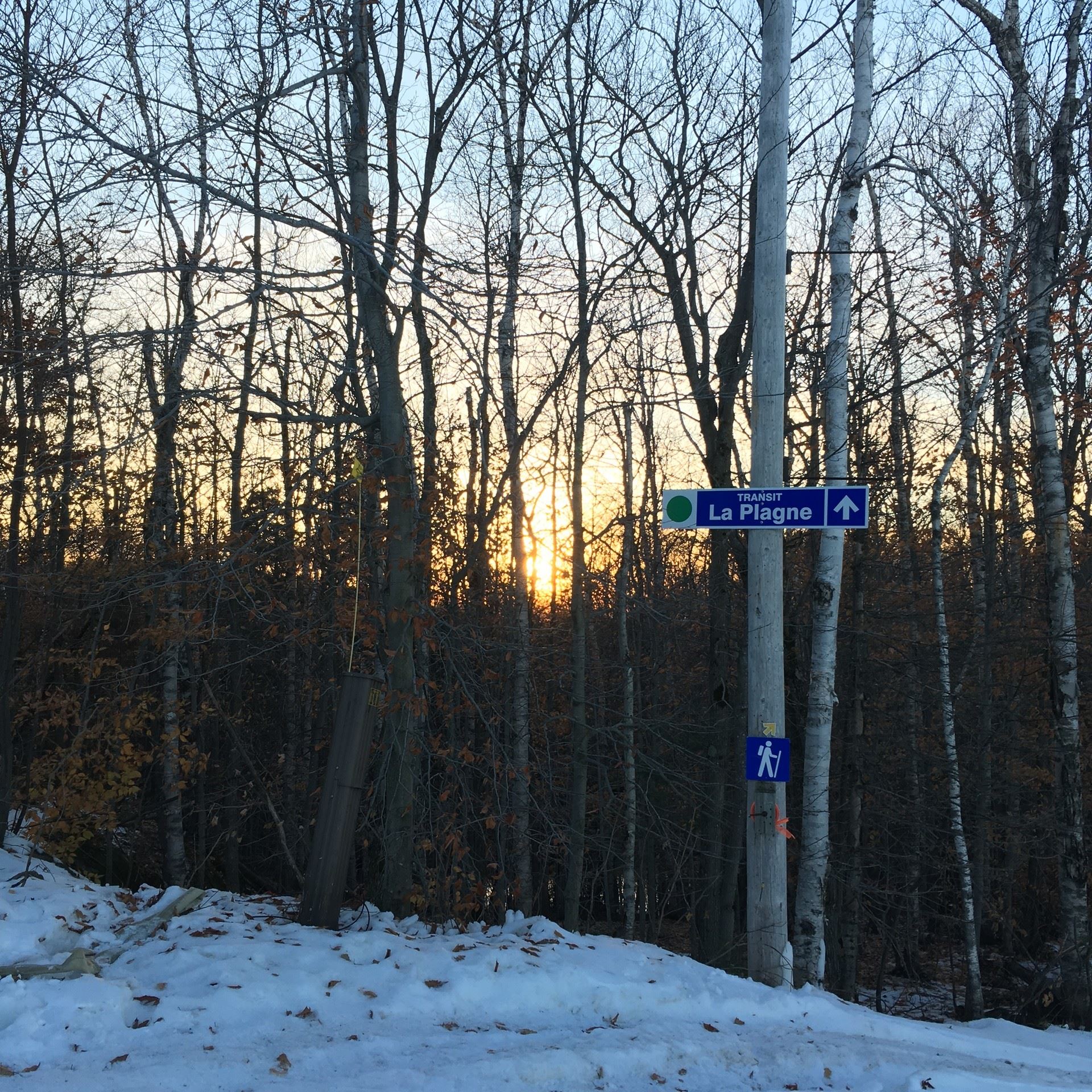 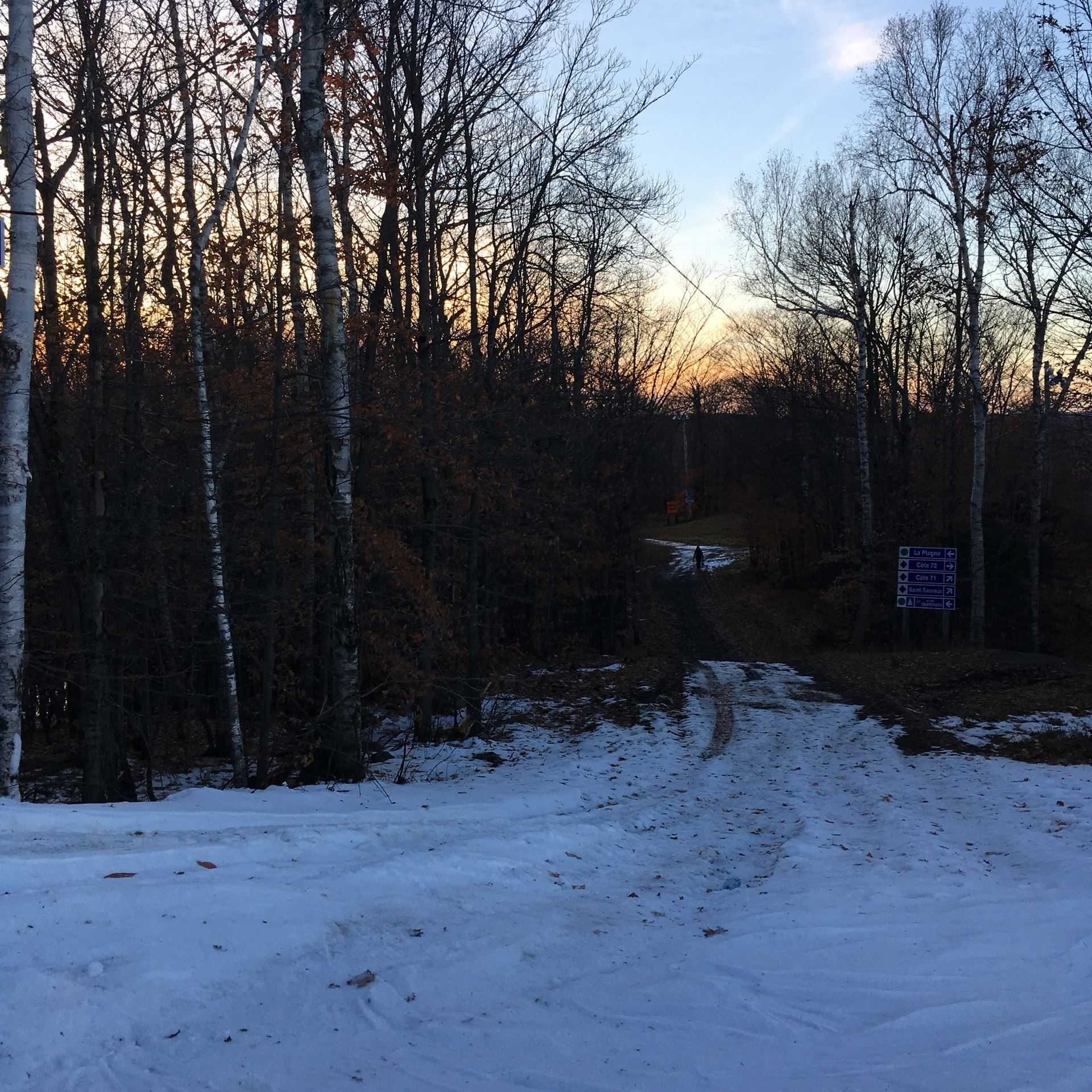 I don't think this is going to open for a while.... 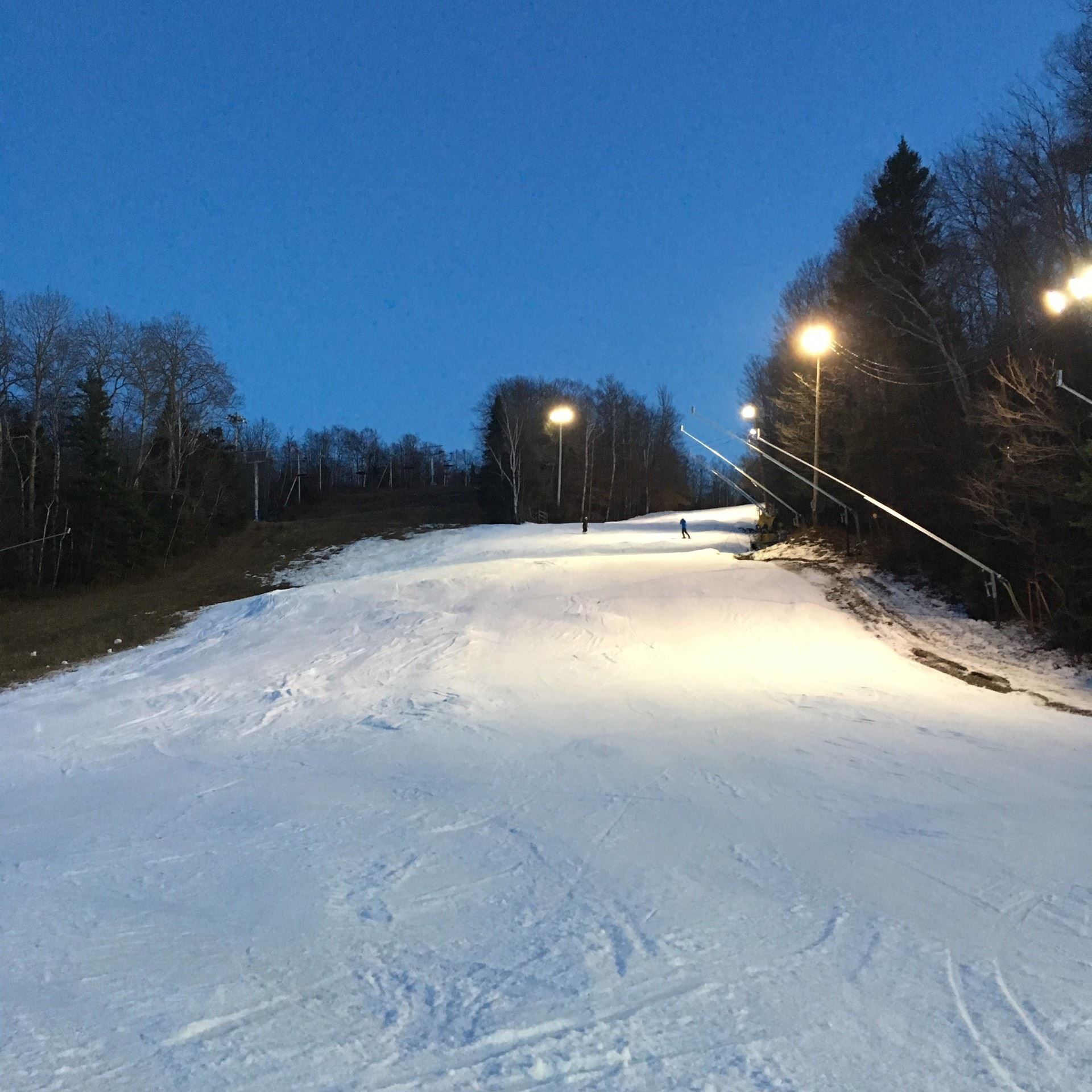 On 70 Ouest mid hill looking up.

On 70 Ouest looking downhill on the last run of the day. 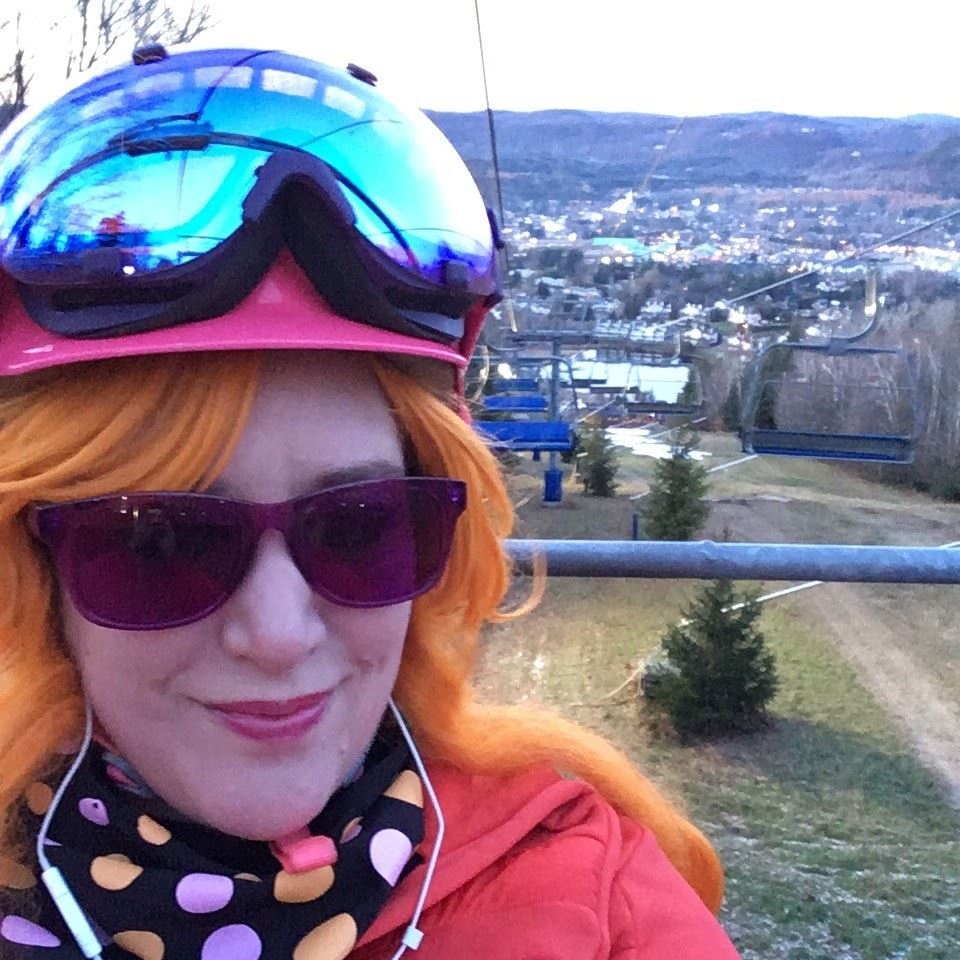