Well it has been some time since my last trip report! This is owing to having dropped my phone and cracked the screen, so it's not as easy to take photos when the snow is falling, risking the phone getting wet! I've actually been to Sommet Saint-Sauveur a few times a week since last month, and had the pleasure of seeing the openings of Nordique, 70 Est, Cote 68, Devaleuse and finally Jay over the last several weeks.The mountain now has 13 runs open during the day and 12 at night, with three chair running during peak hours, along with the magic carpet on the beginner slope. There have been several days with a light dusting of snow to a few inches, and a couple of really cold nights. 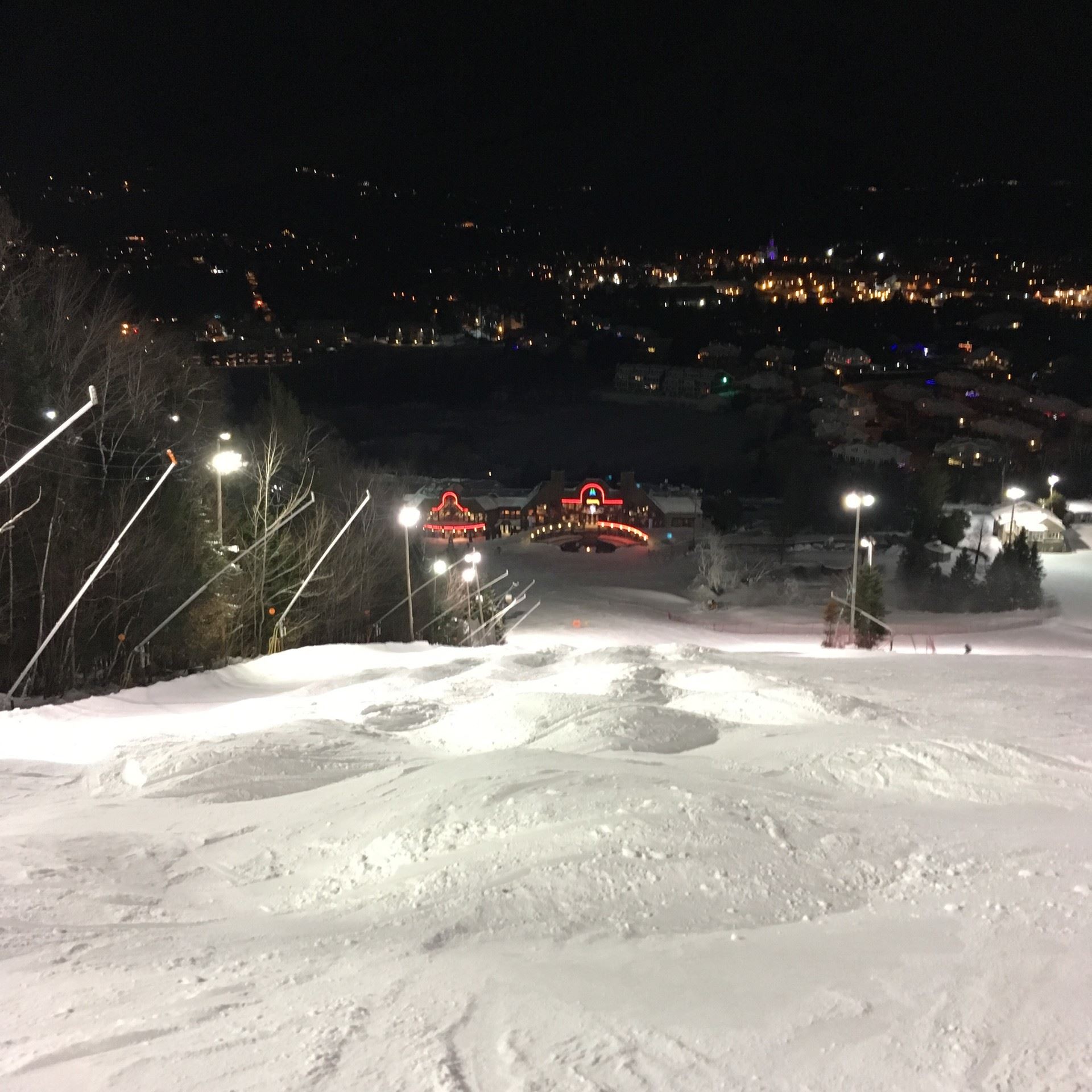 Tonight, on my last day off work, I made it up for the last few hours of the evening. As luck would have it, I arrived tonight just as the snow started coming down around 8:30pm, and quickly got ready to hit all the runs before the 10pm closing. The parking lot looked pretty full but there was never a line for the lift and lots of empty chairs. The air was crisp but not too cold, and the flurries came down fast and furious but didn't last too long. Since the Flèche d'Argent lift closes earliest, I rode up the Atomic and took the transit over to Cote 68 and Devaleuse. I was hoping the day's flurries would have provided a bit of new coverage but discovered that both runs were thin cover with some icy patches on some sections, similar to my visit last Tuesday. After three quick runs I headed back over to the Atomic lift to hit Jay for the first time this year! Jay and Red Bird both had better coverage, I think both these runs have a bit better protection from the prevailing winds. Capping off the night I did some lightning quick runs down Cote 70 Est and the bottom section of Cote 70 Ouest as the transit to the top of 70 Ouest and Nordique was closed. I finished off the night with an easy run down Red Bird.

As it was a quick evening trip, I didn't snap too many photos but here's a couple! 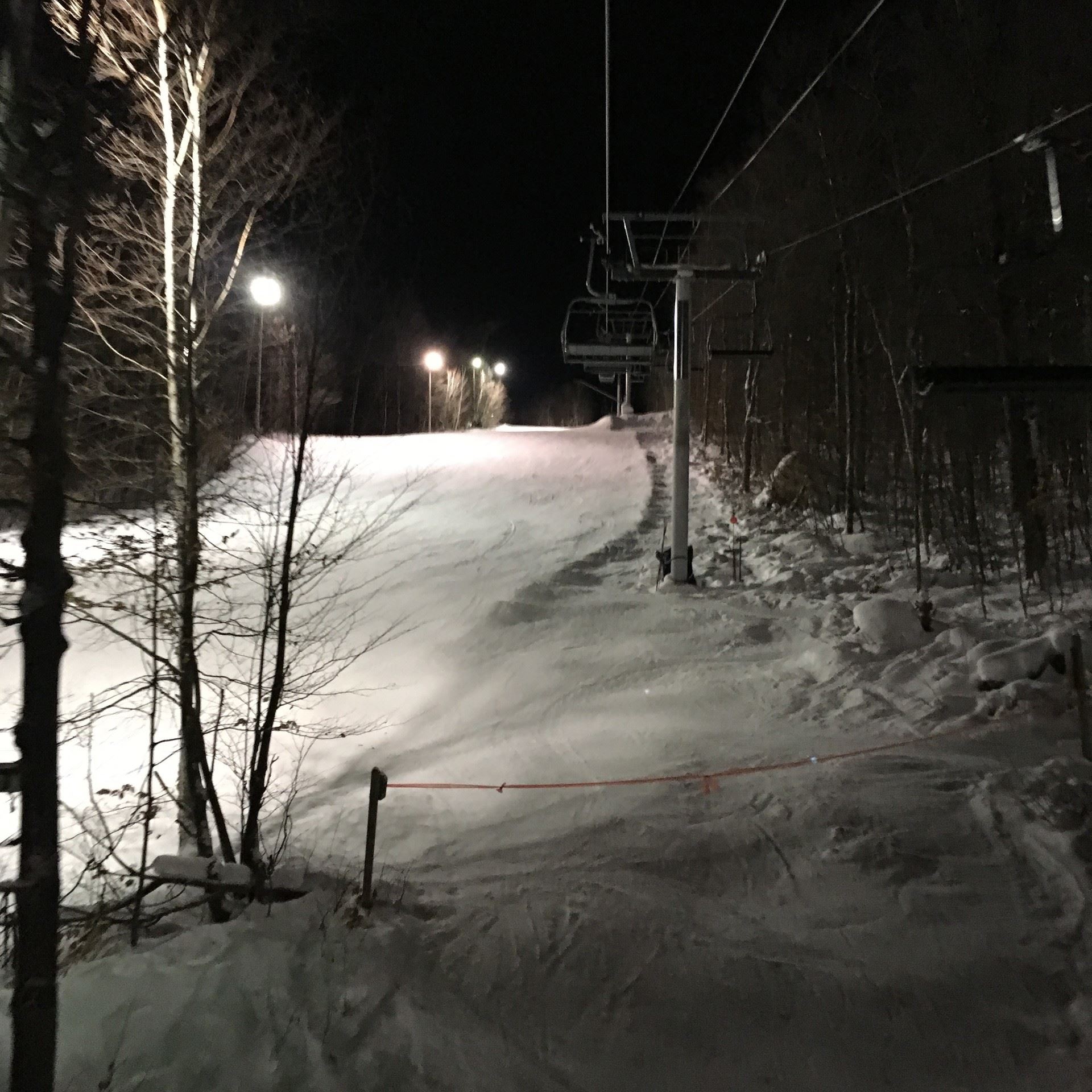 A quiet night, a quiet ride up Flèche d'Argent. 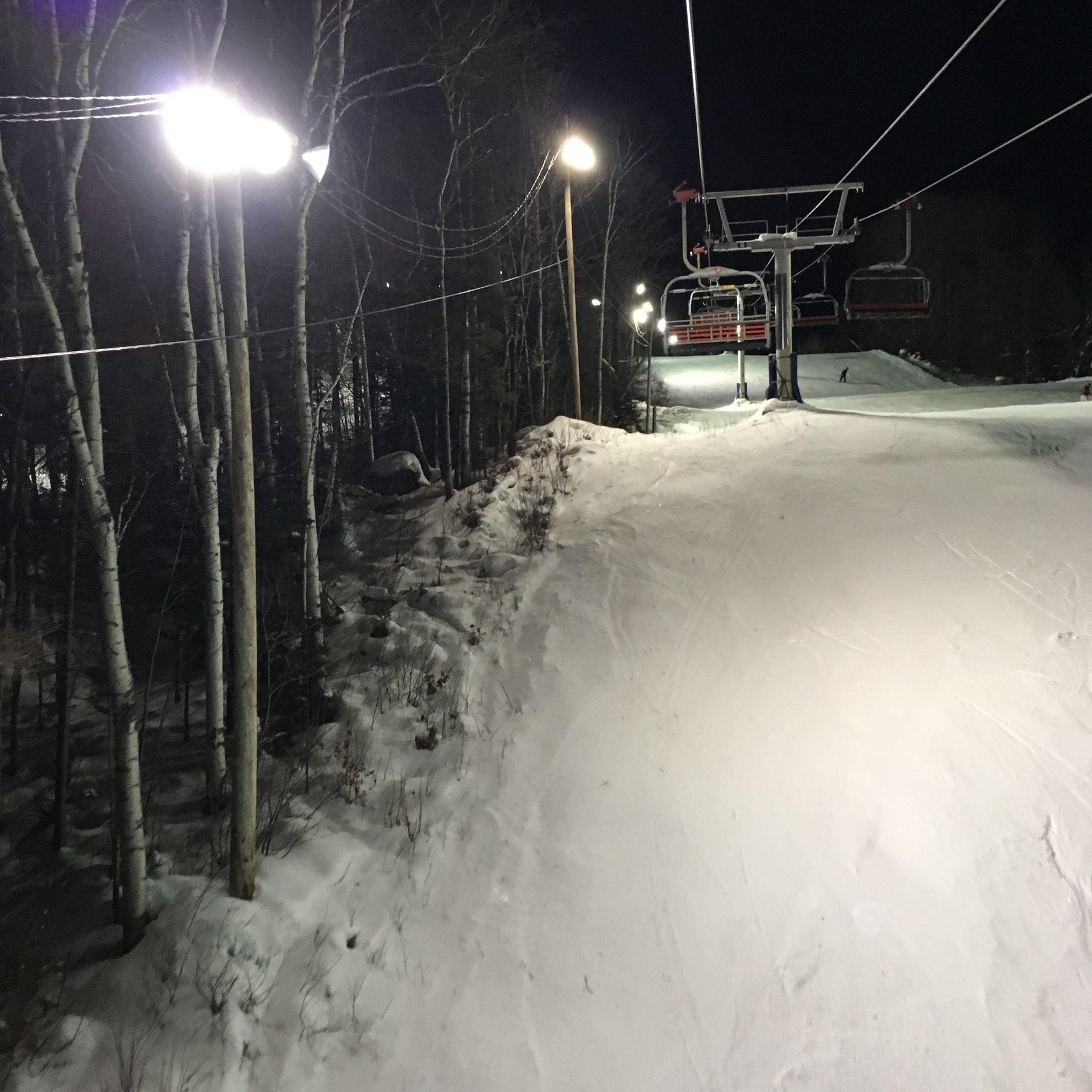 Looking down at 70 Est under the Atomic lift. 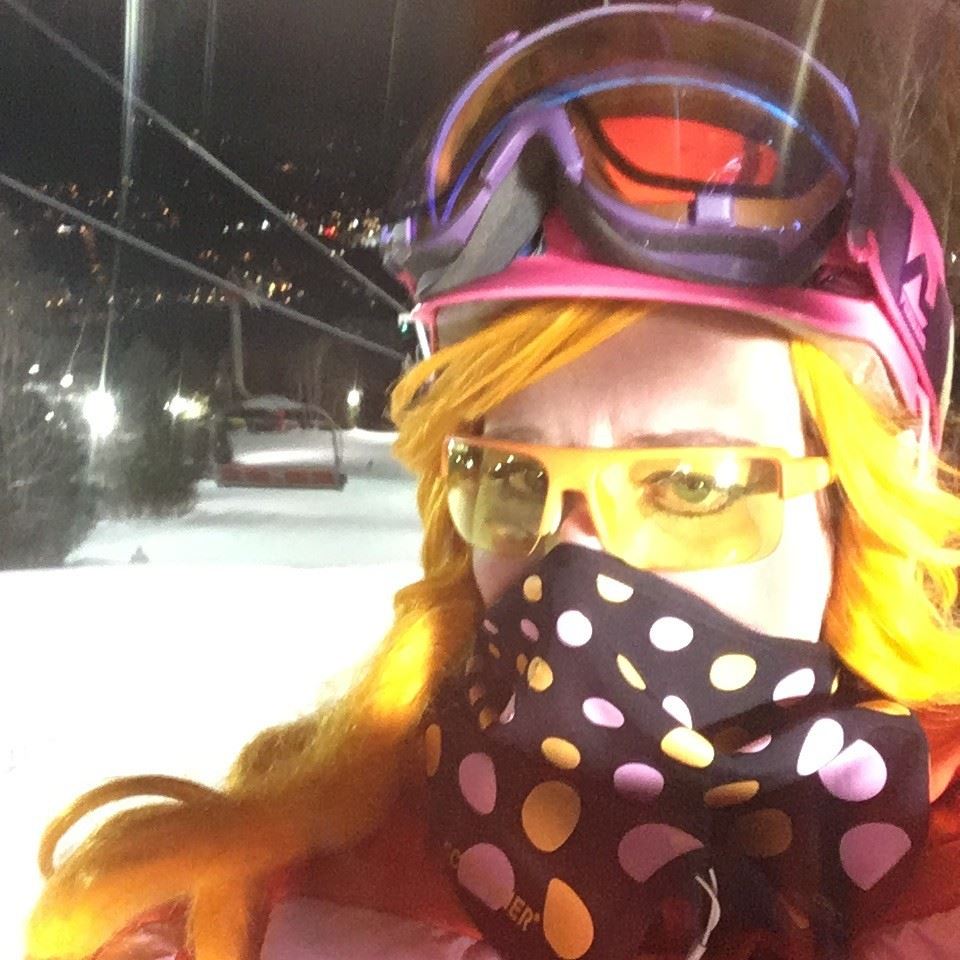 It wasn't freezing but definitely chilly enough to need a scarf.

Second last run down the 70 Ouest, just look at those perfectly formed moguls! No, I didn't hit them. They are much bigger than they look in this photo!

Tags:
Sommet Saint-Sauveur
Eight reasons for celebrating the holidays at Trem...
Bar Le Tucker: One of the Top 7 Après-Ski Spots in...