Got up to Edelweiss for some night skiing just before 3pm. 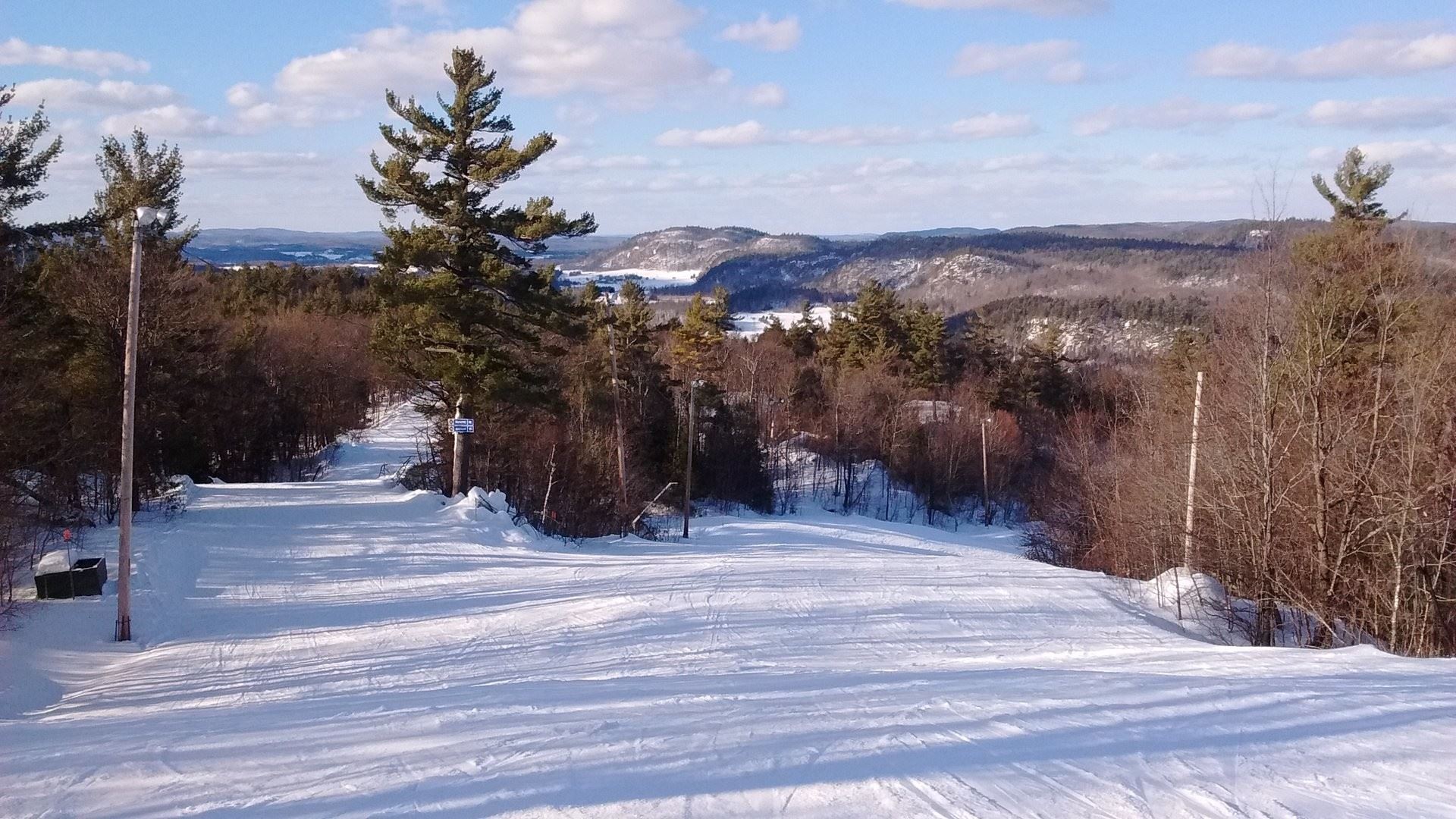 The sun was out, it was about -2c and the place was packed.  The parking lot was pretty much full and the lineup for tickets was slow. For some reason on one of the busiest weekends of the ski season they only had one ticket booth open. Anyway I finally traded in my online ticket for a real one and got on the lift.  Night skiing tickets on Sunday that are bought 24hrs in advance online are only $20.  All three quads were running. The high speed quad was the only lift with a line so I jumped on the slow Strief quad so I could ski the non-light runs while the sun was still out.  Everything was open with the exception of West Coast.  I powered down the Eastern Bowl, the twisty Shotgun and Descent Telesiege under the lift.  The snow was hard packed with icy patches but my edges held fine.  After about 5 or 6 runs I hooked up with a buddy who was trying to get rental skis in the disorganized rental area.  I think it took him like an hour to get his gear!  After we skied are legs off till about 8pm with a short break for a drink and a crazy "Skier Poutine".  When the sun went down we stuck to the wide groomer Zoomer that runs under the high speed quad and Olympic/Strief on the right side of the hill.  All in all it was beautiful Sunday night with a killer sunset. 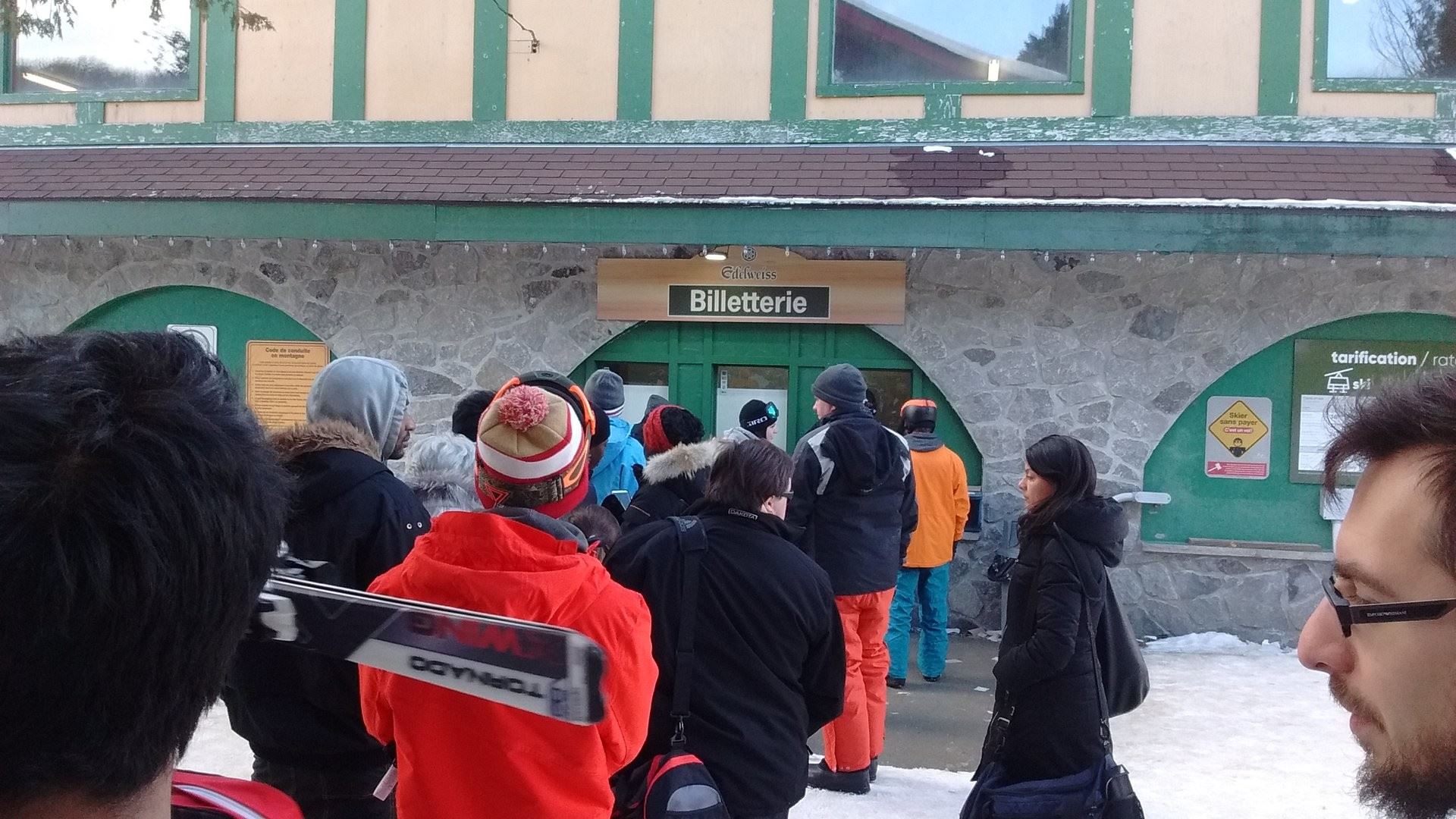 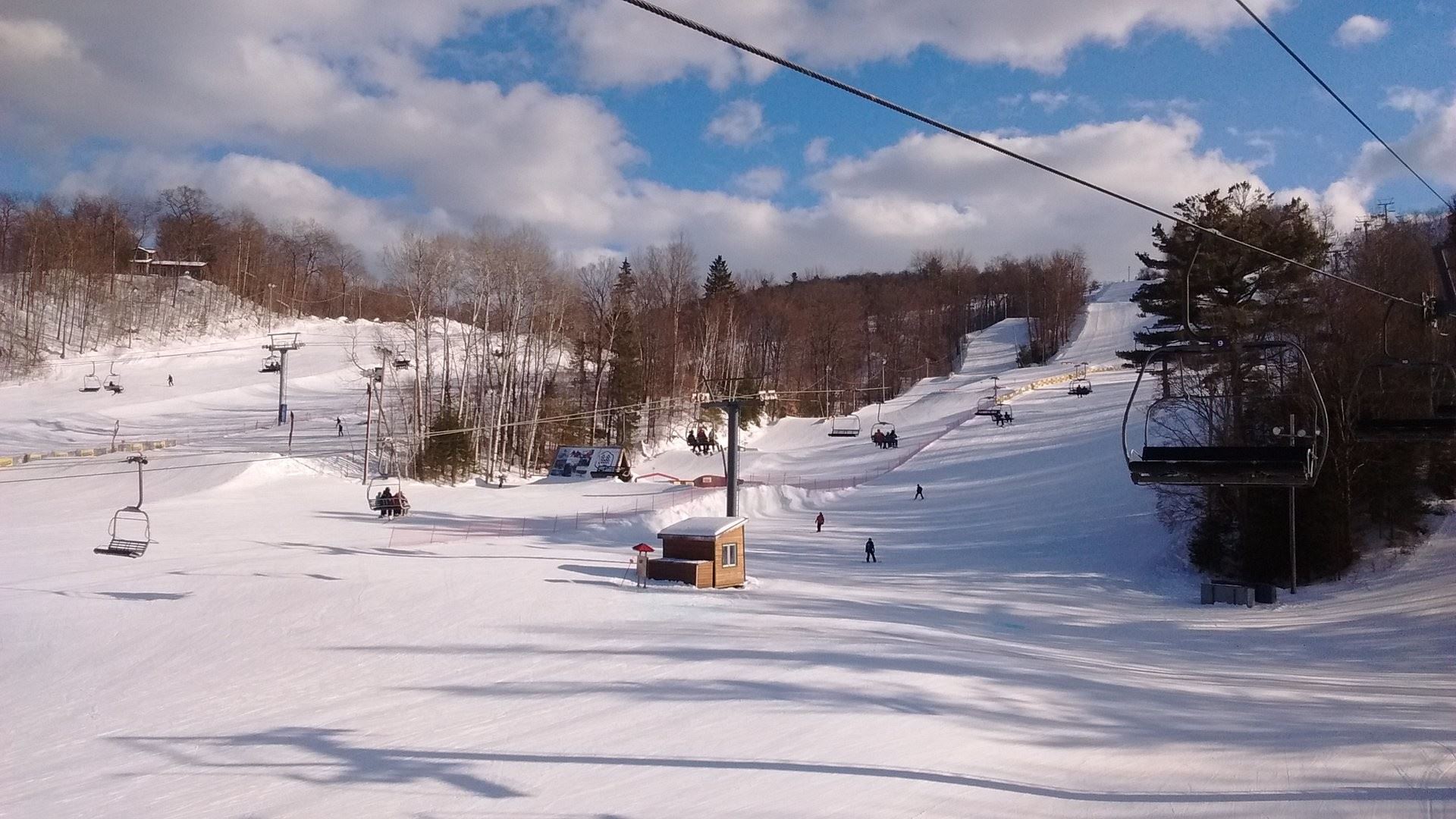 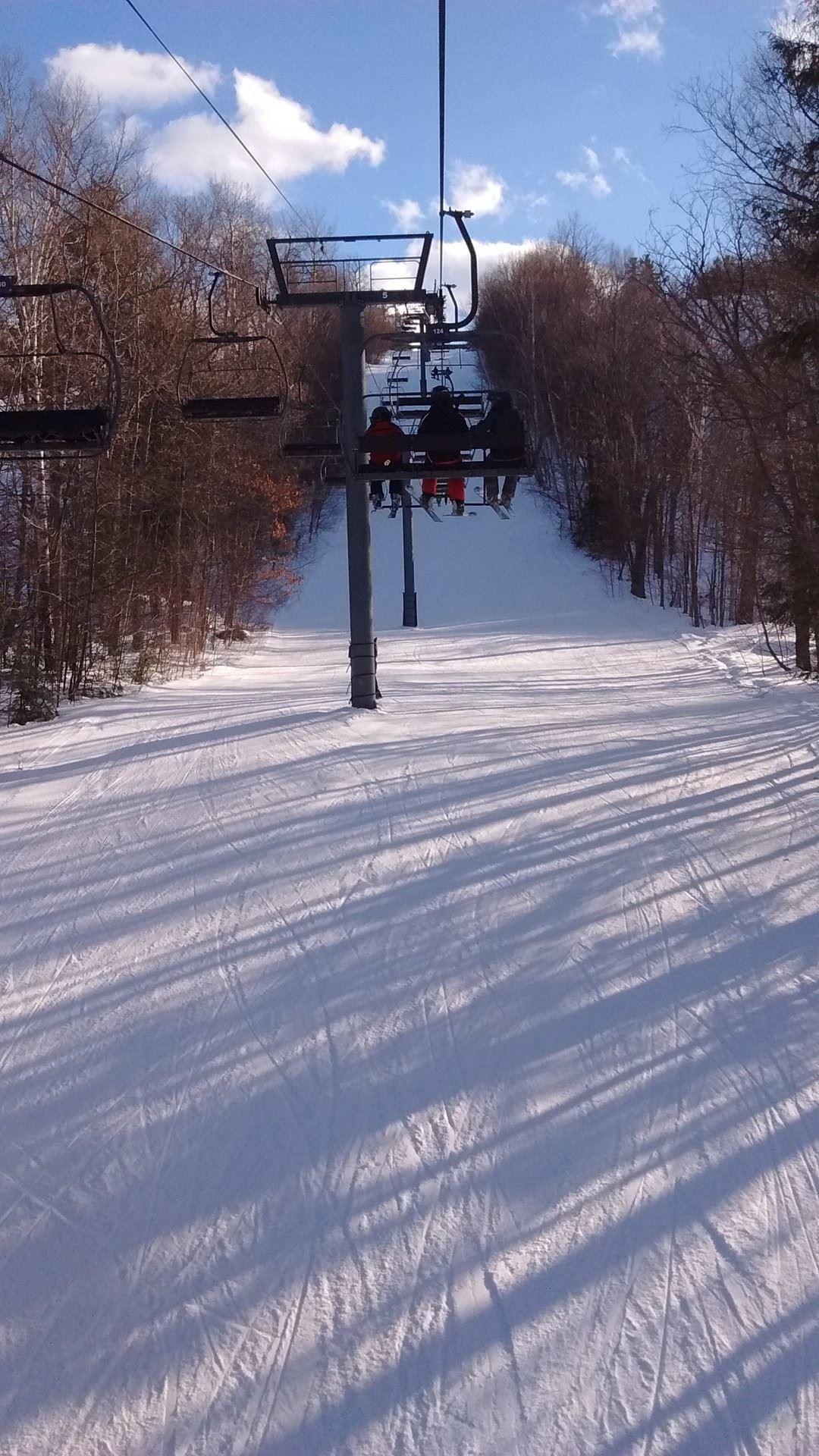 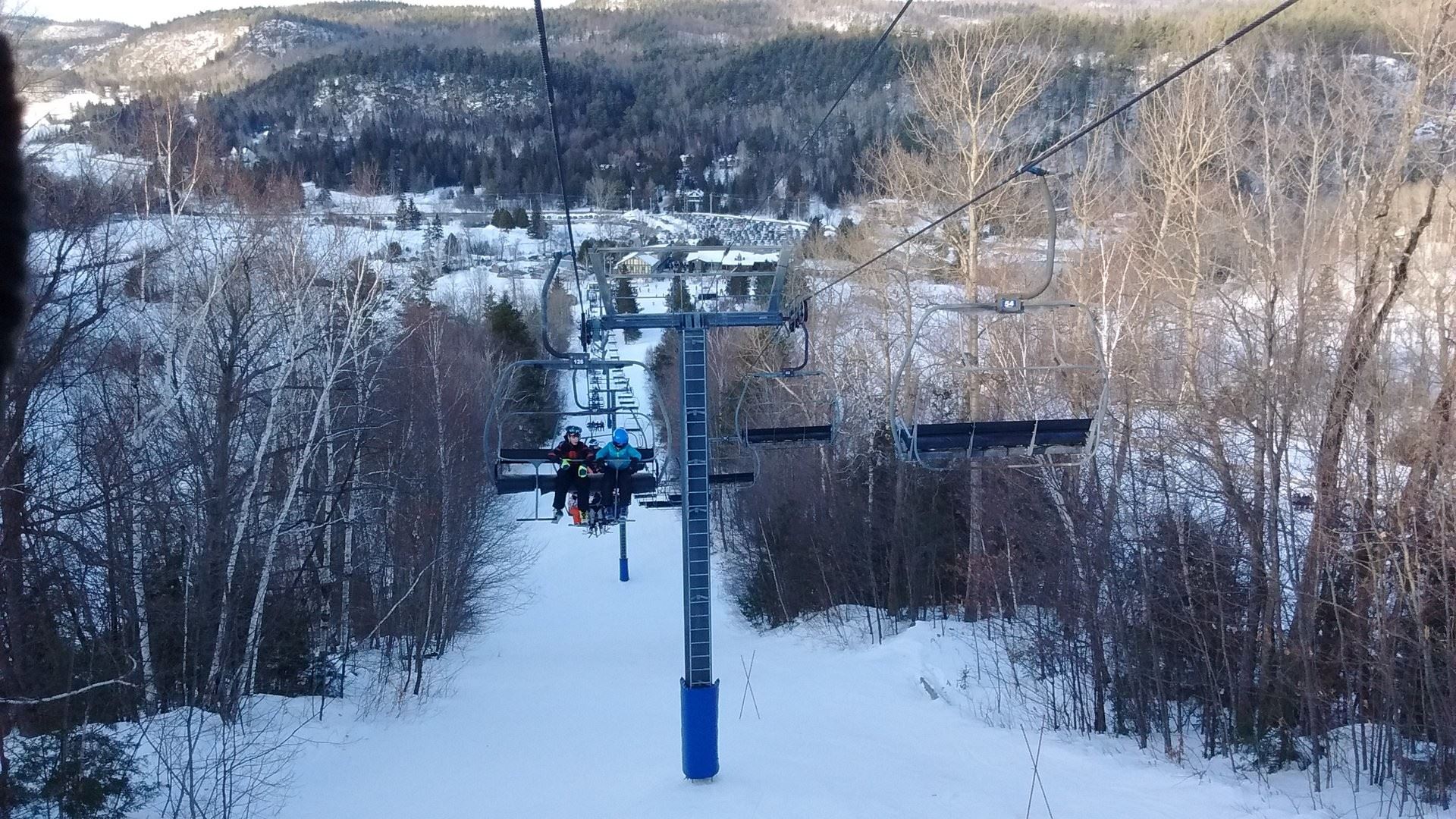 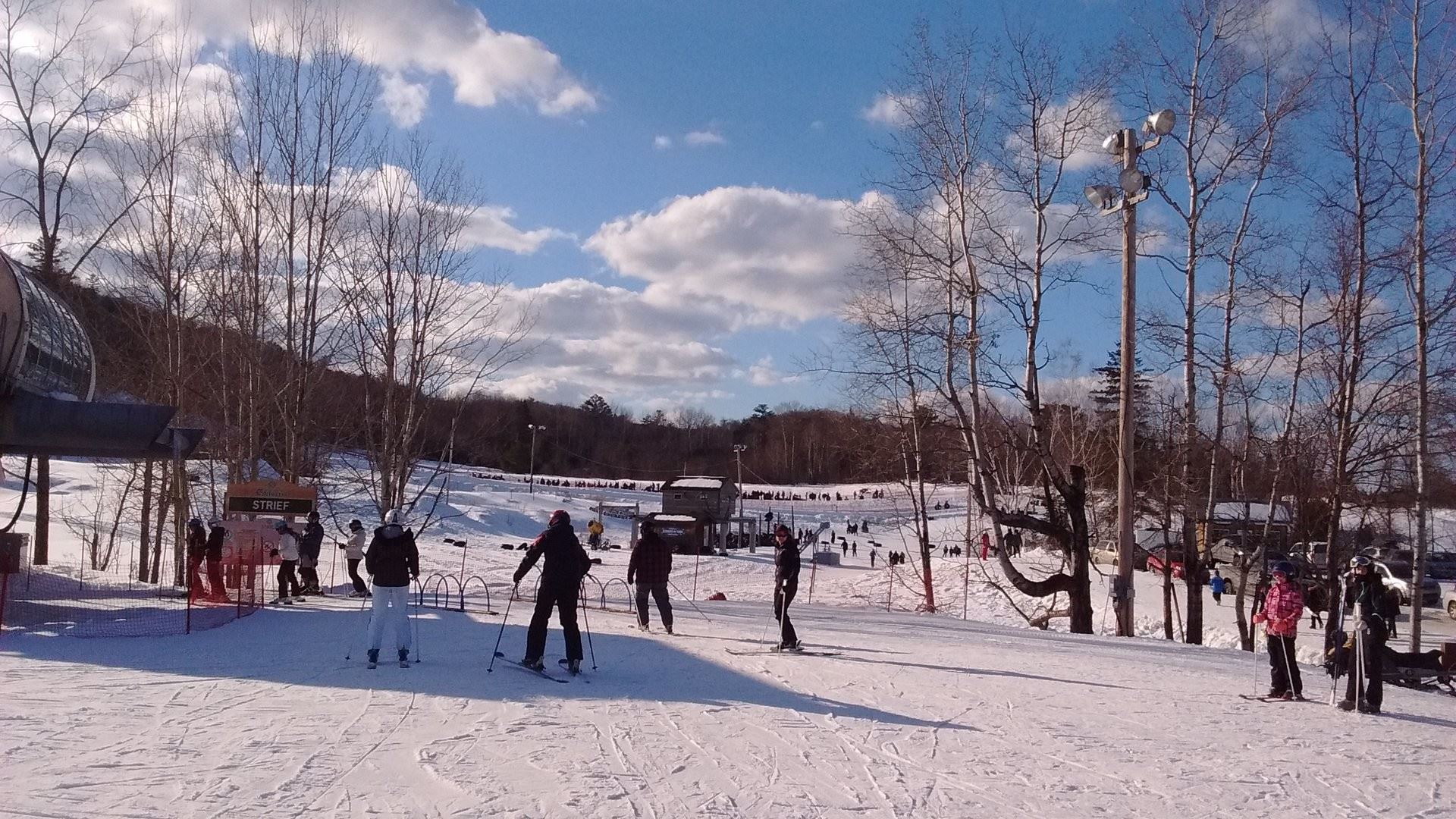 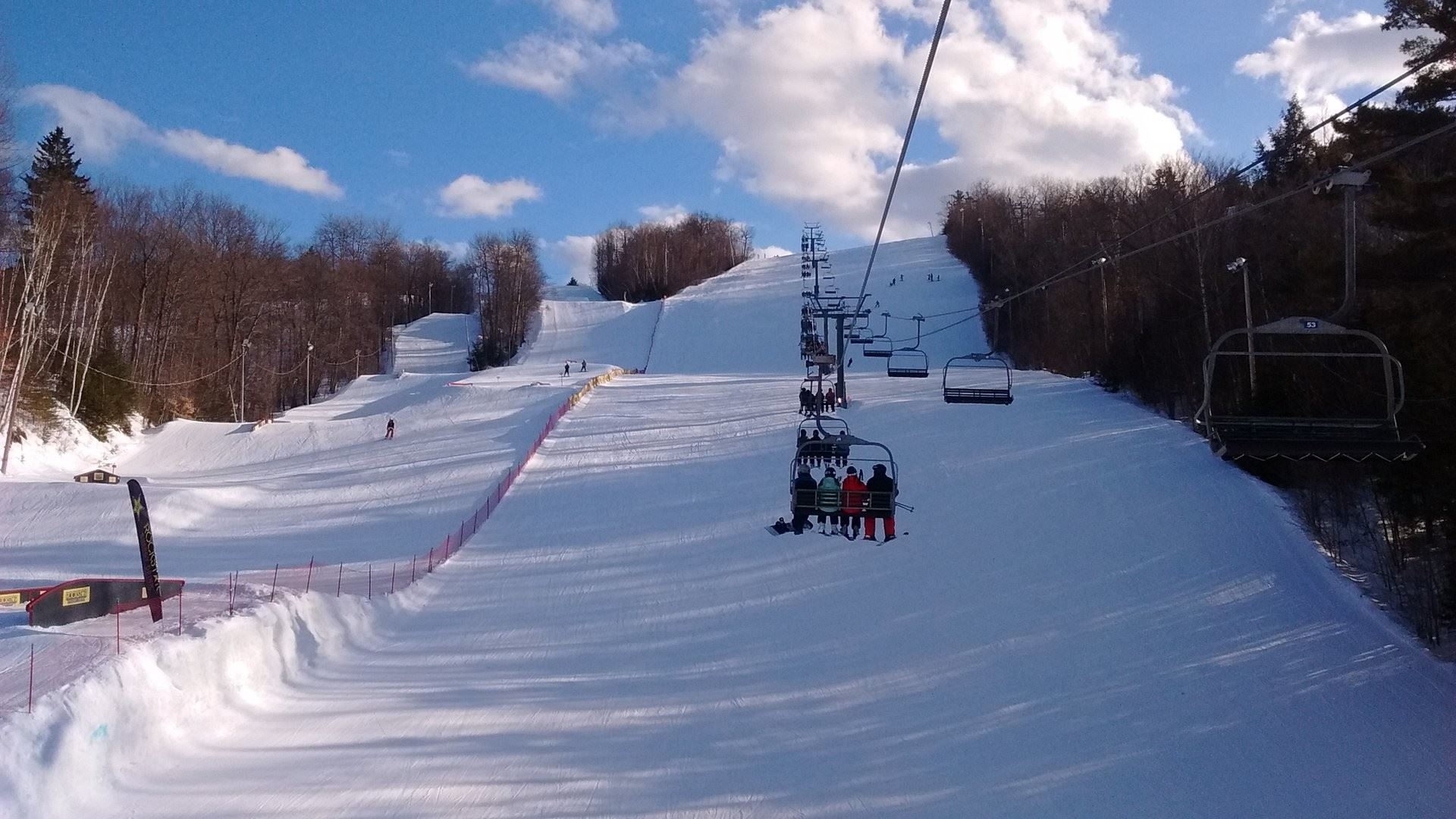 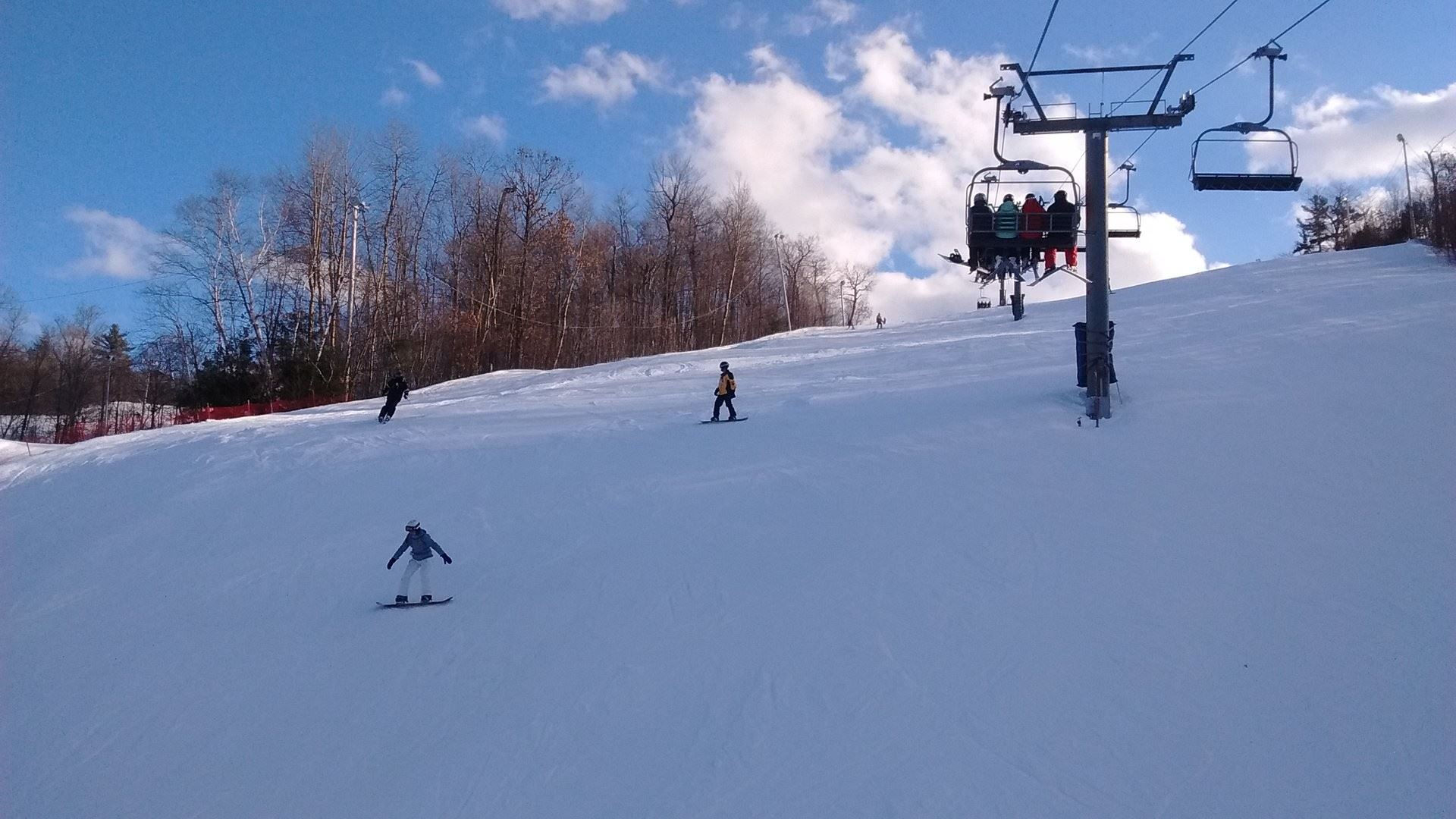 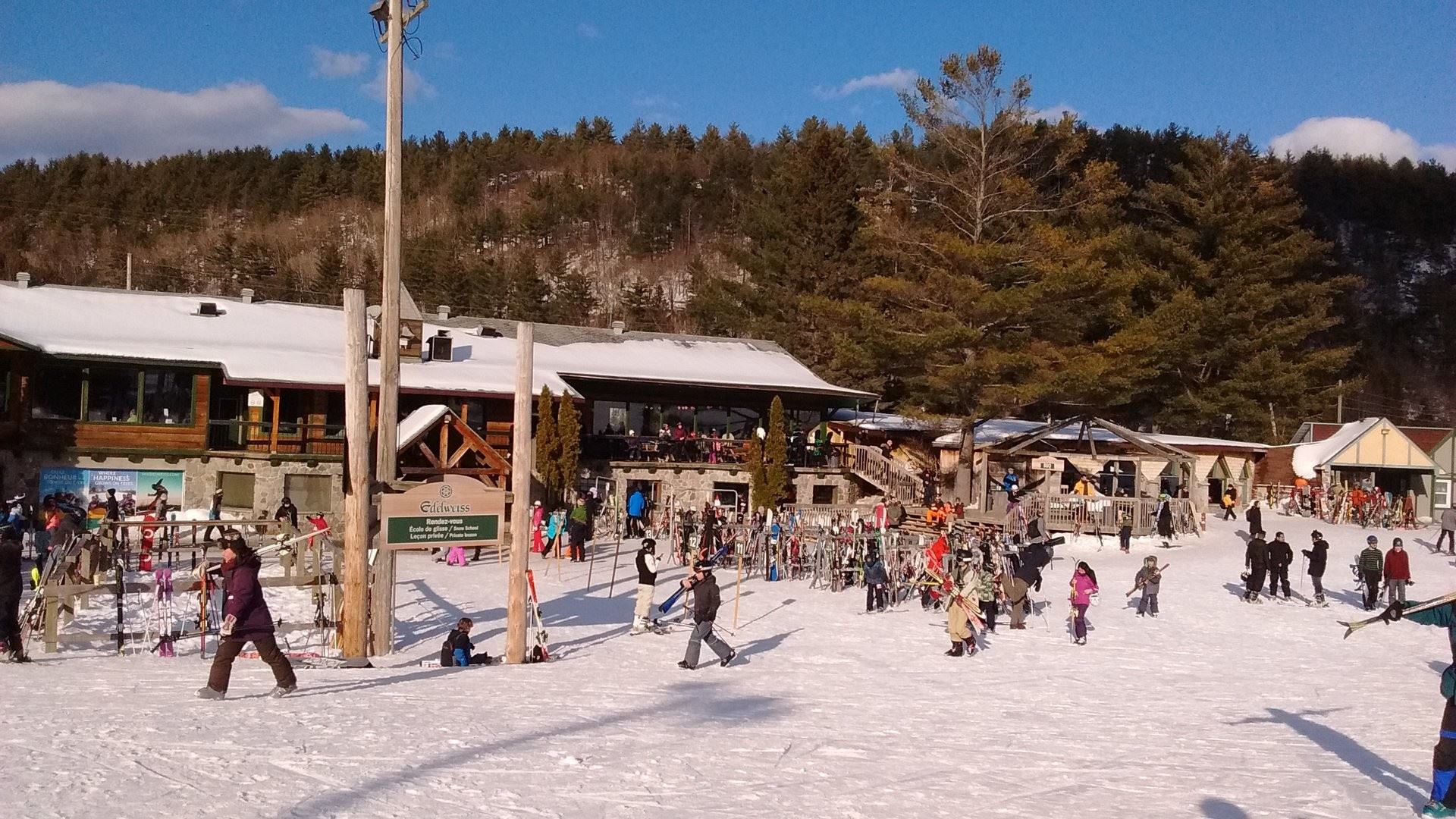 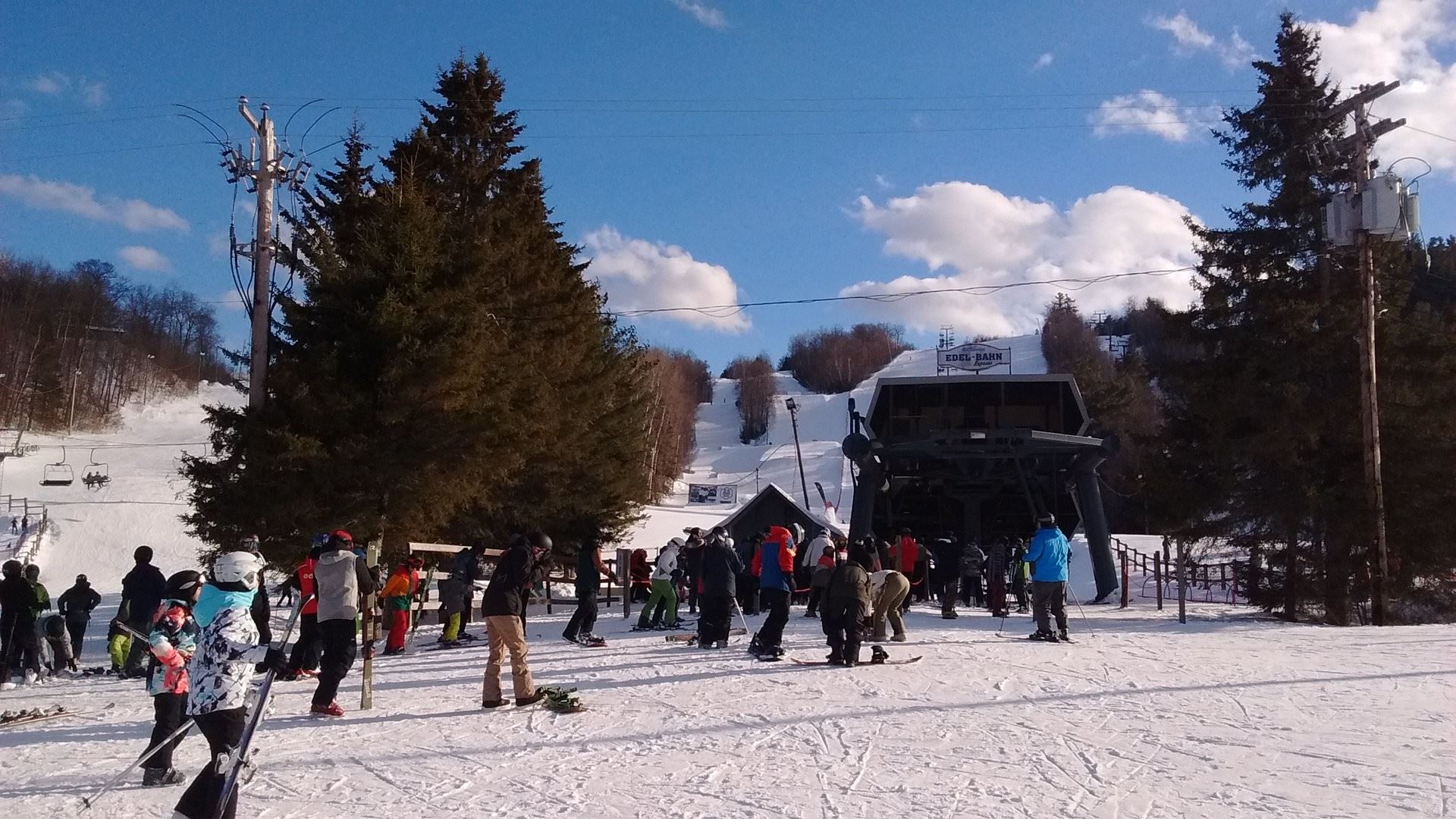 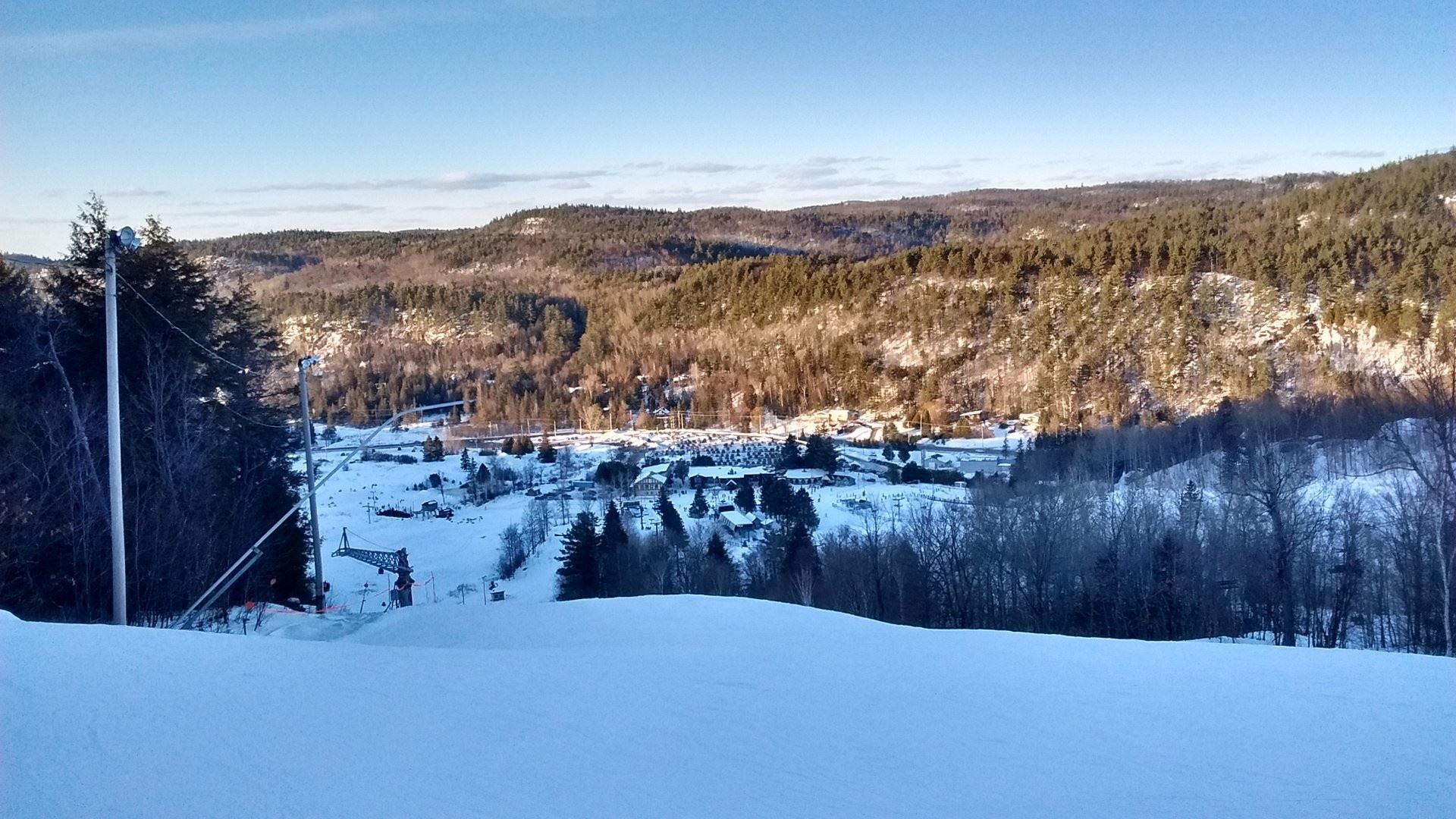 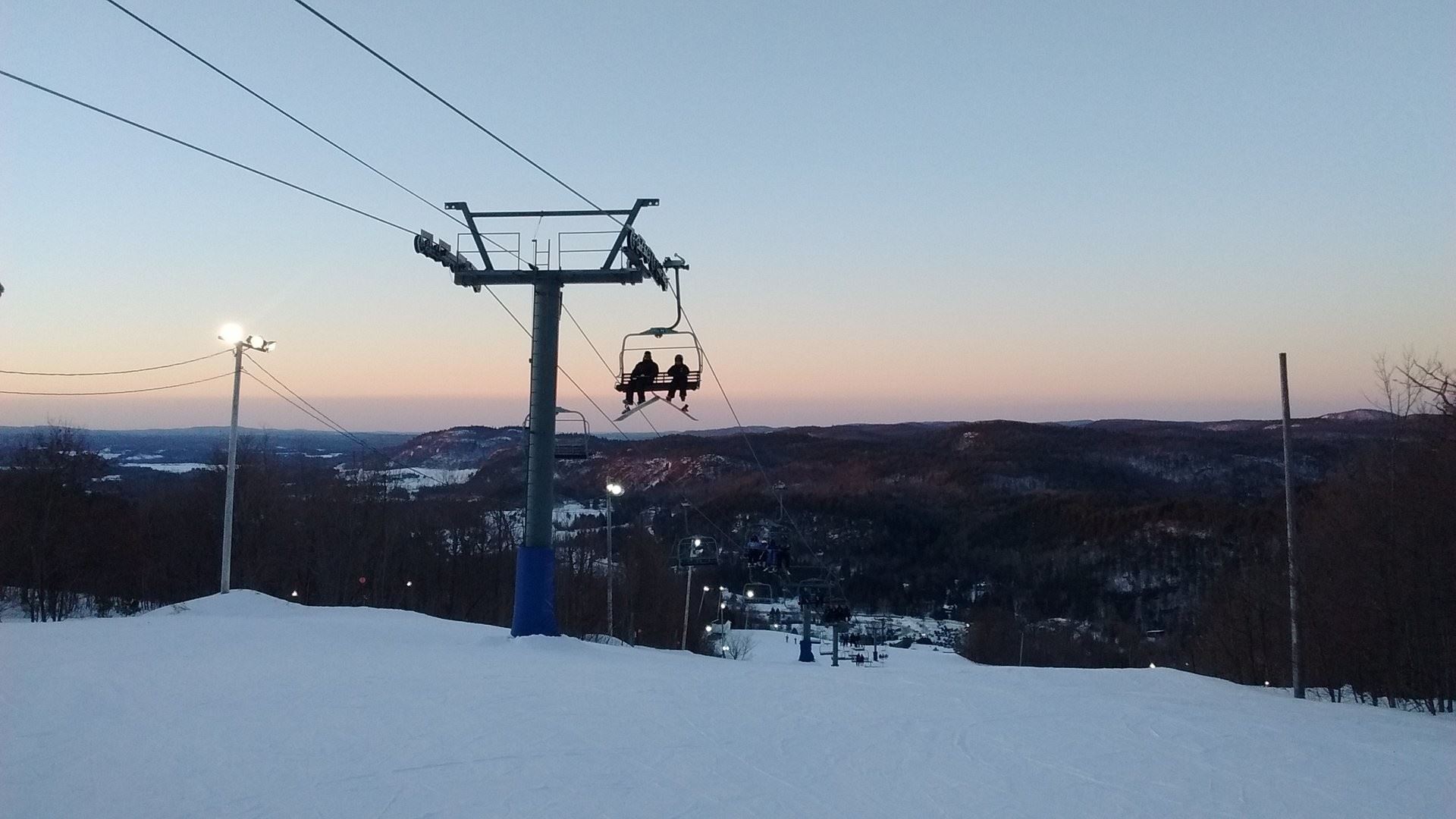 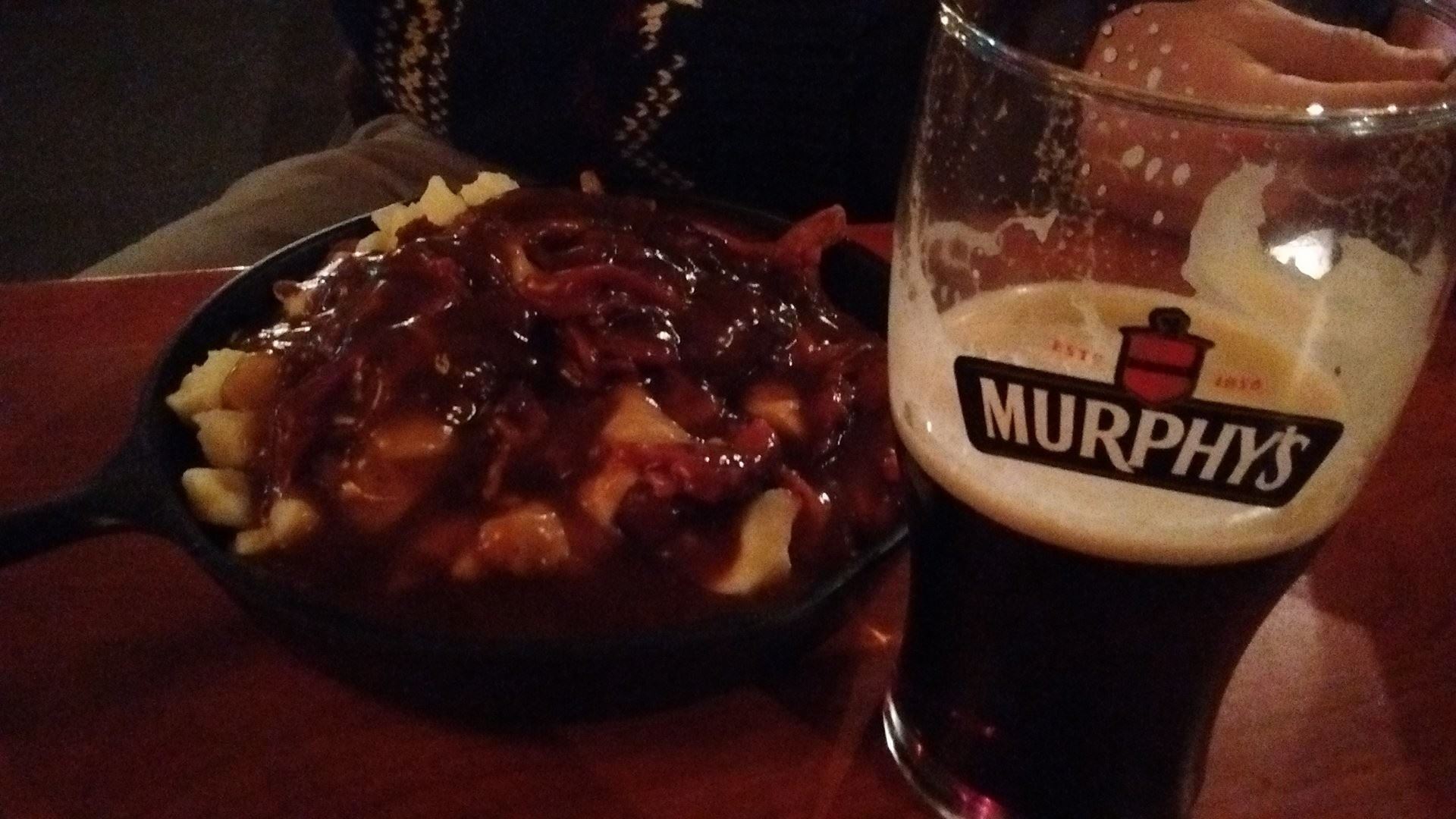