Wow, what a killer weekend at Mont Tremblant! I drove up late Friday to meet some buddies from Toronto who had a hotel room a few minutes from the resort. Our expectations were not high as it was early season and there was the 24hr relay race on the south side. Tremblant brought the goods though. They had just gotten 10cms and on Saturday they opened up "Le Edge" for the first time this season as well as the runs off the Expo Express Quad. We had powder skiing on December 6th! along with 49 open runs on Saturday and 53 on Sunday. The temperatures were hovering around -15c in the morning and -8c in the afternoon. Lots of snowmaking was happening. Anyway, after railing some groomers on the North Side we got in a couple of powder runs going down Fuddle Duddle and Windigo then hit Le Edge for more all-natural tree runs. We stayed on the Edge side for a while before heading back to the south side for some afternoon groomer action. Sunday was a repeat with lots of powder stashes left in the woods. You really couldn't have asked for more and the weather was pretty much perfect for the huge relay event that involved skiing, running and walking for 24hrs. Tremblant even had Beauvallon light all the way down for the teams skiing after dark. What a crazy event. Well done Tremblant. 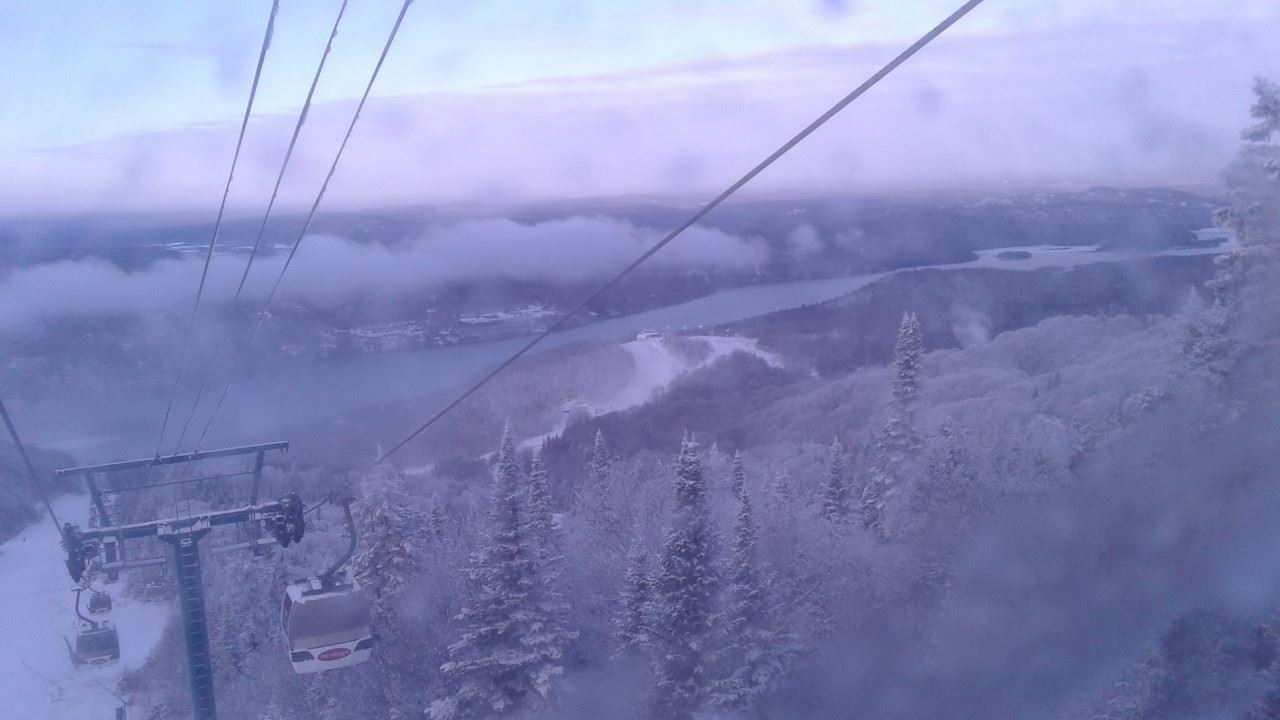 Going up! It's odd to see the lake unfrozen. 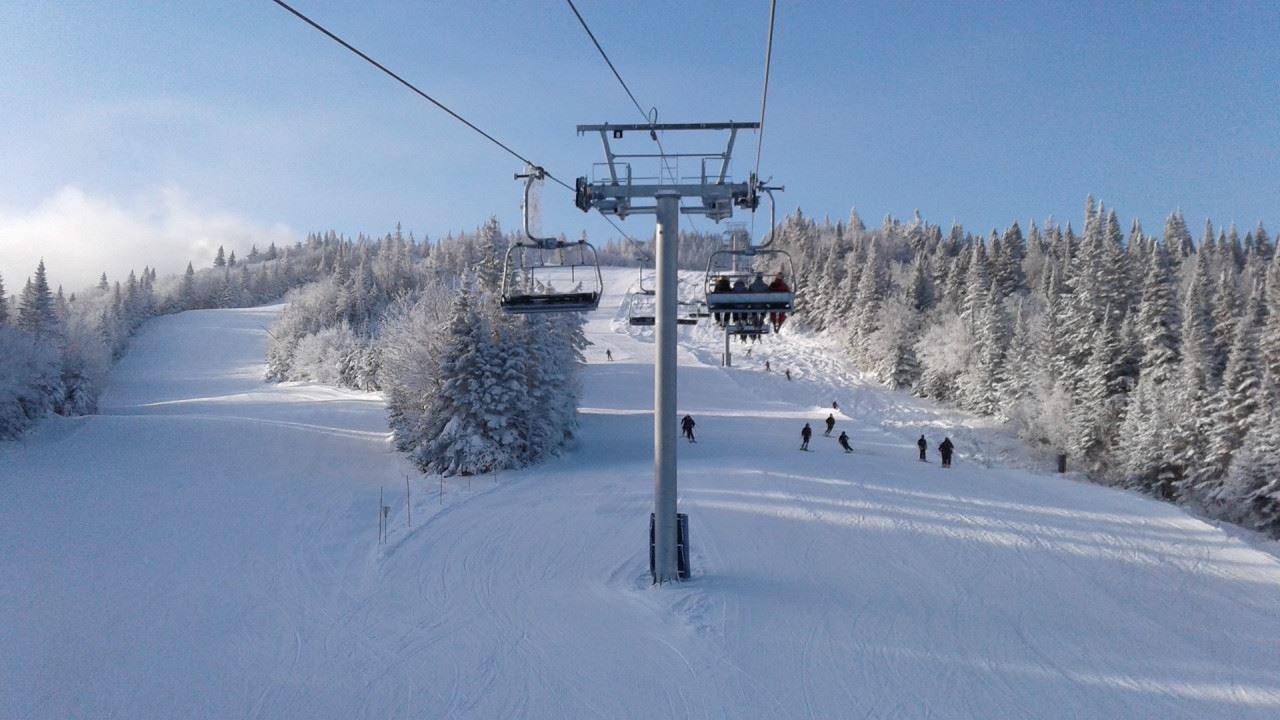 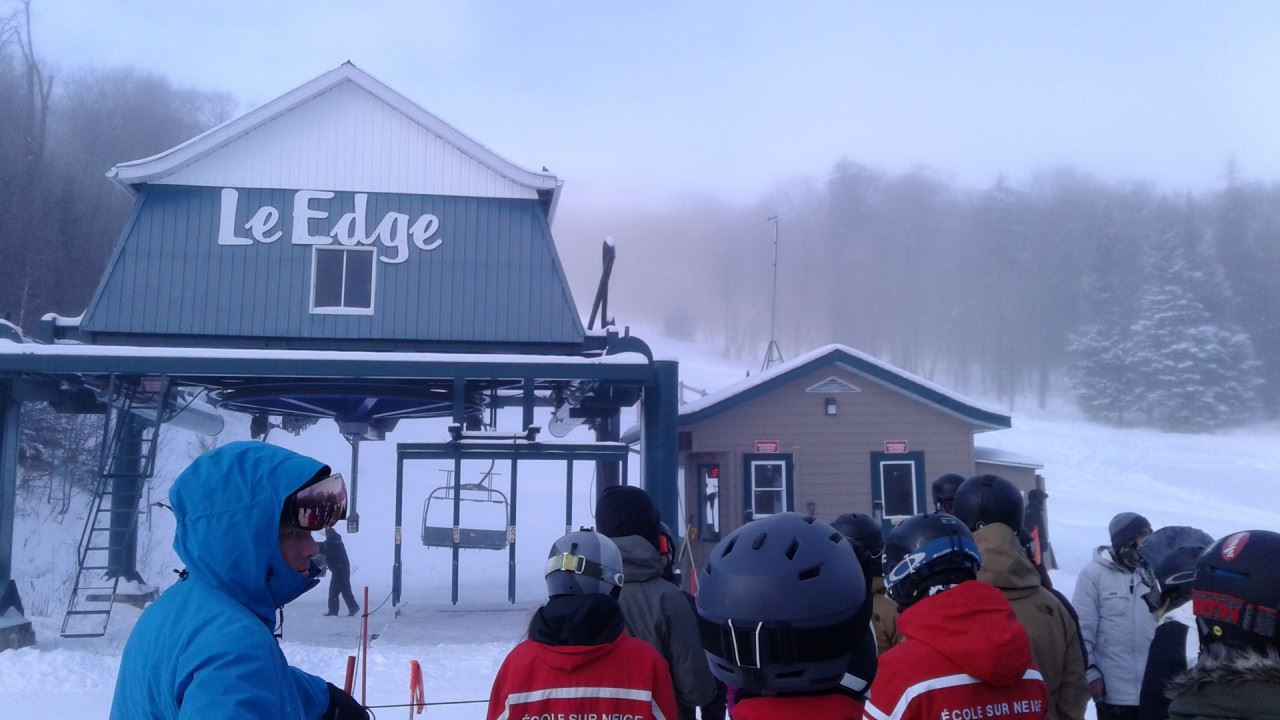 This was the only lineup of the day. Waiting for Le Edge to open. 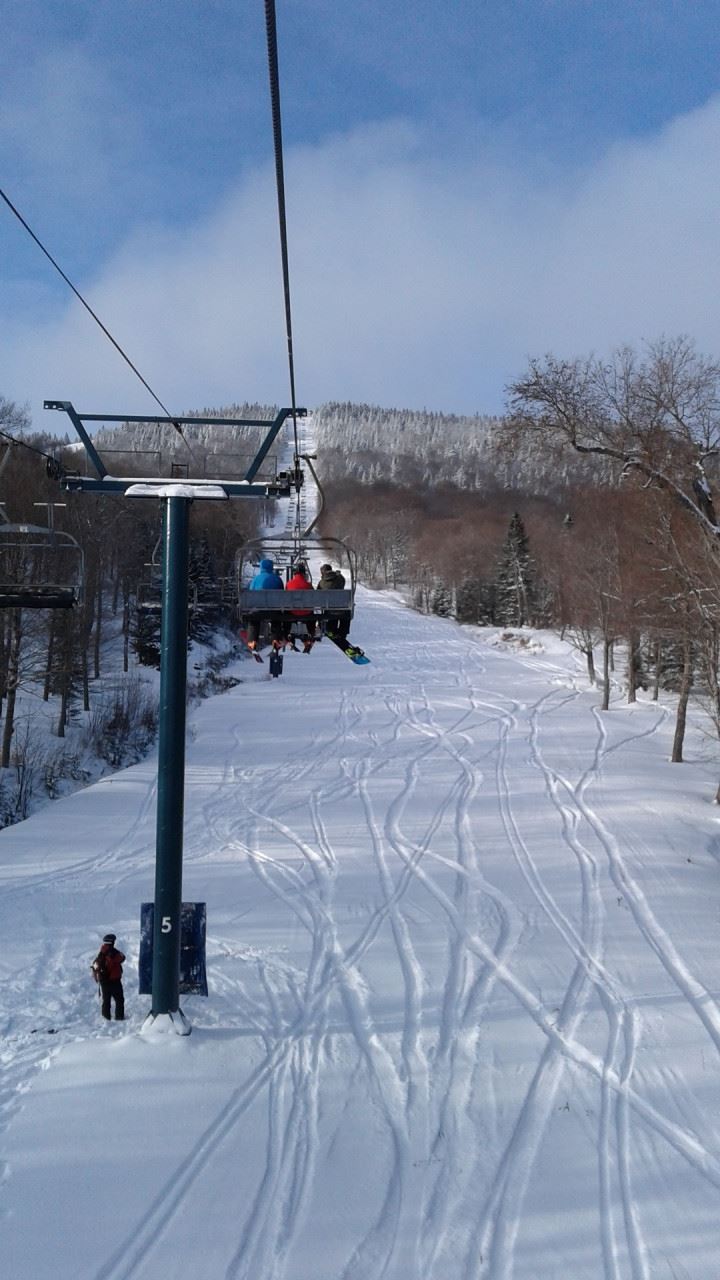 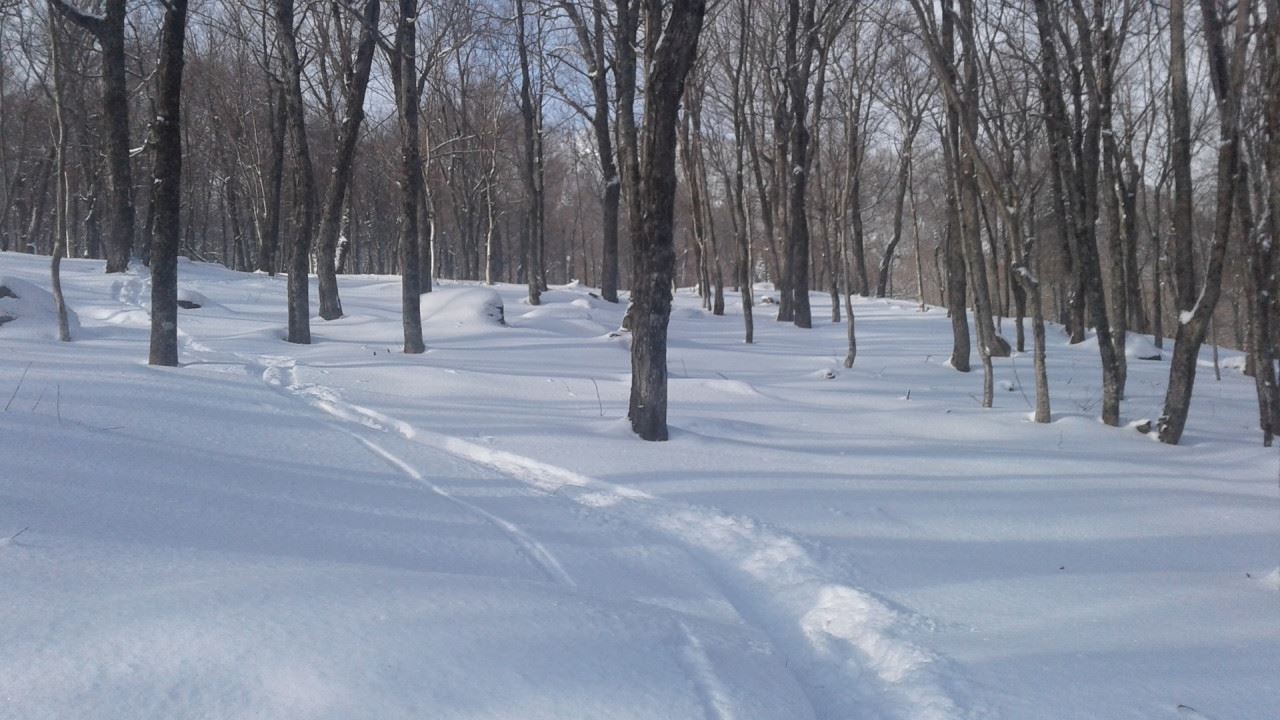 So fresh, we only hit a couple of logs. 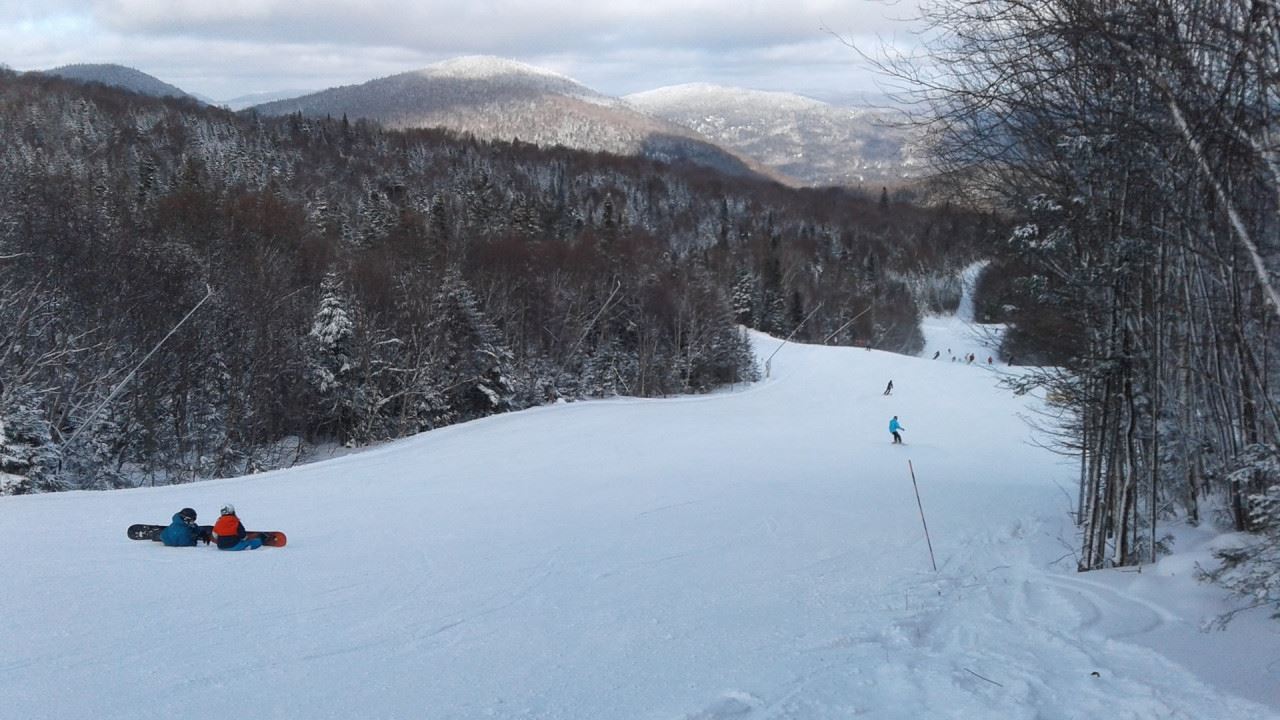 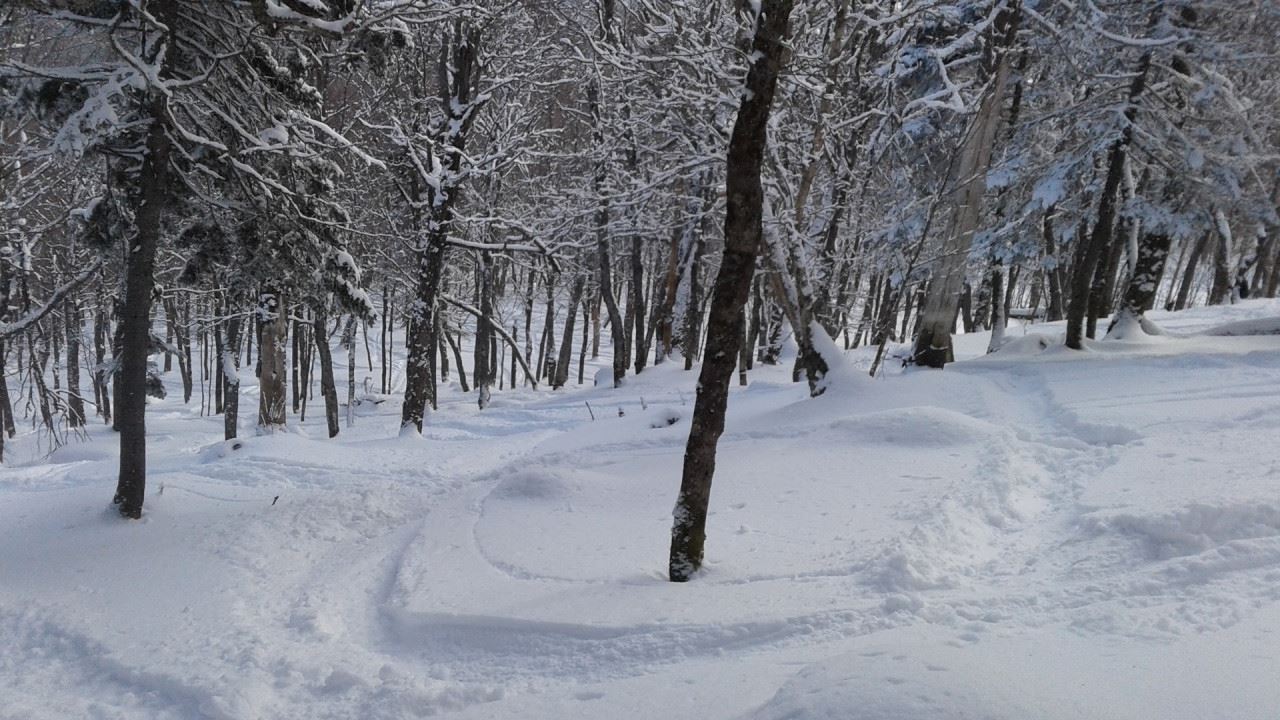 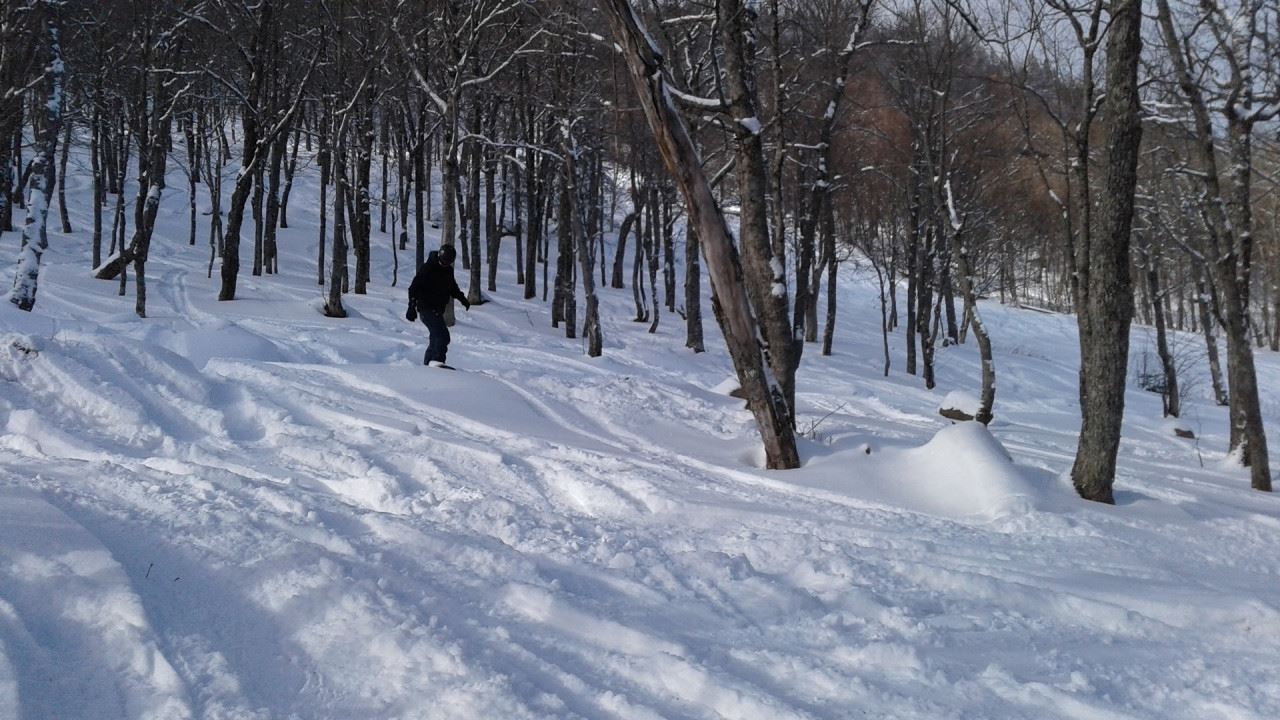 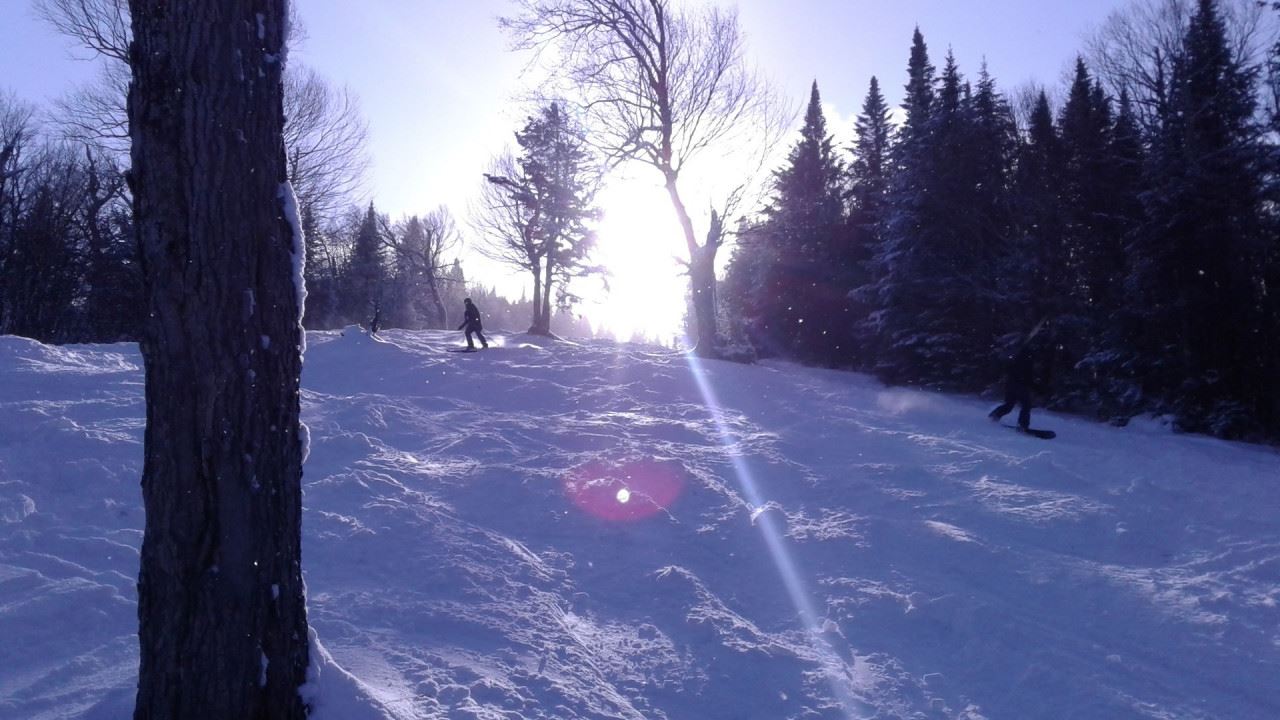 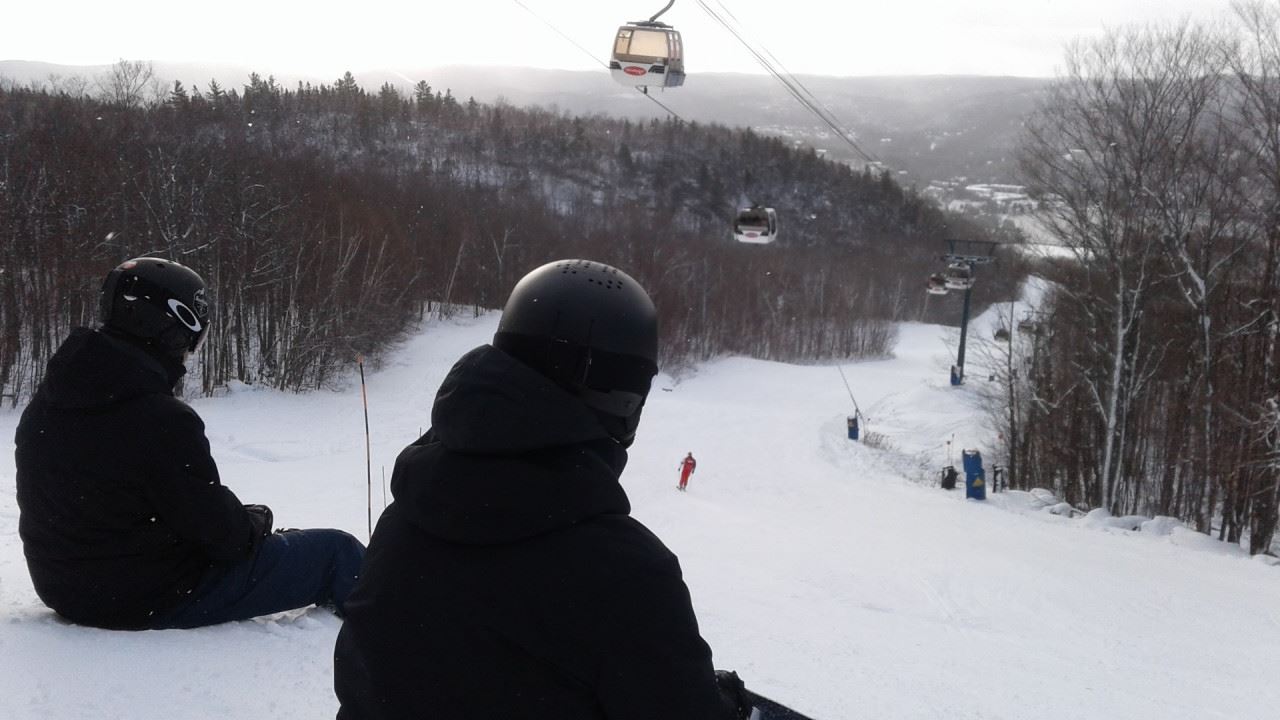 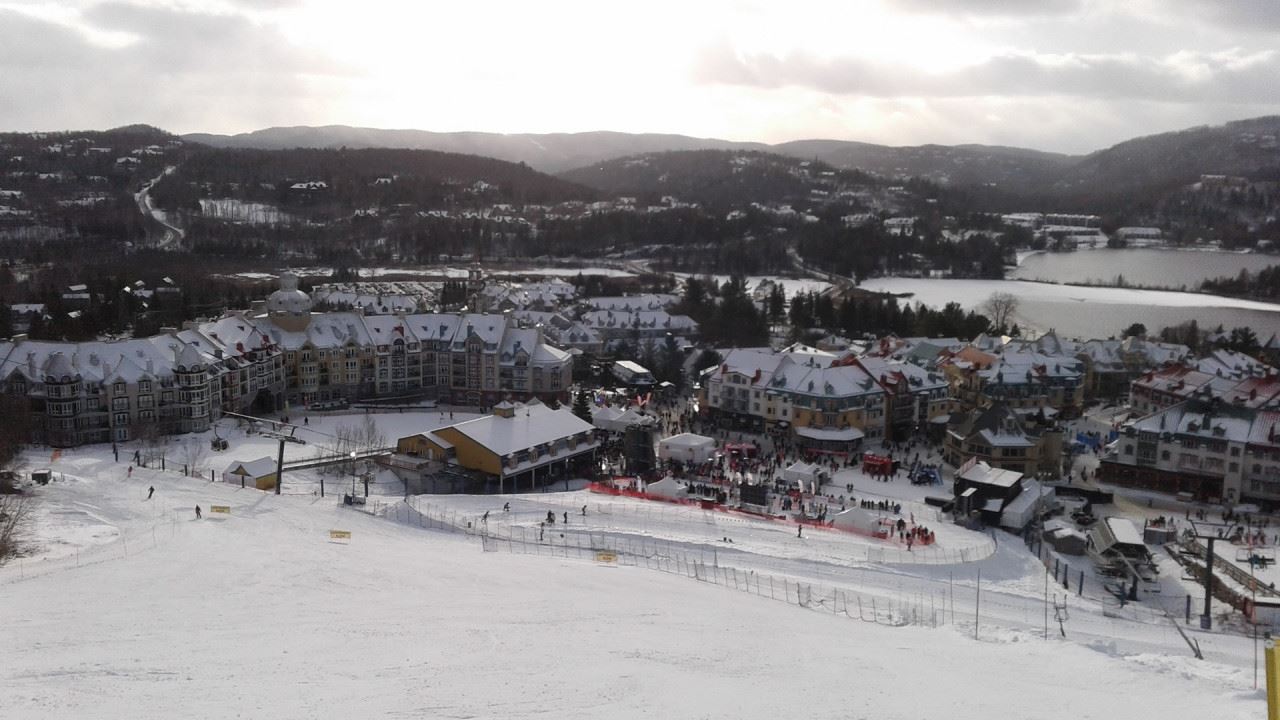 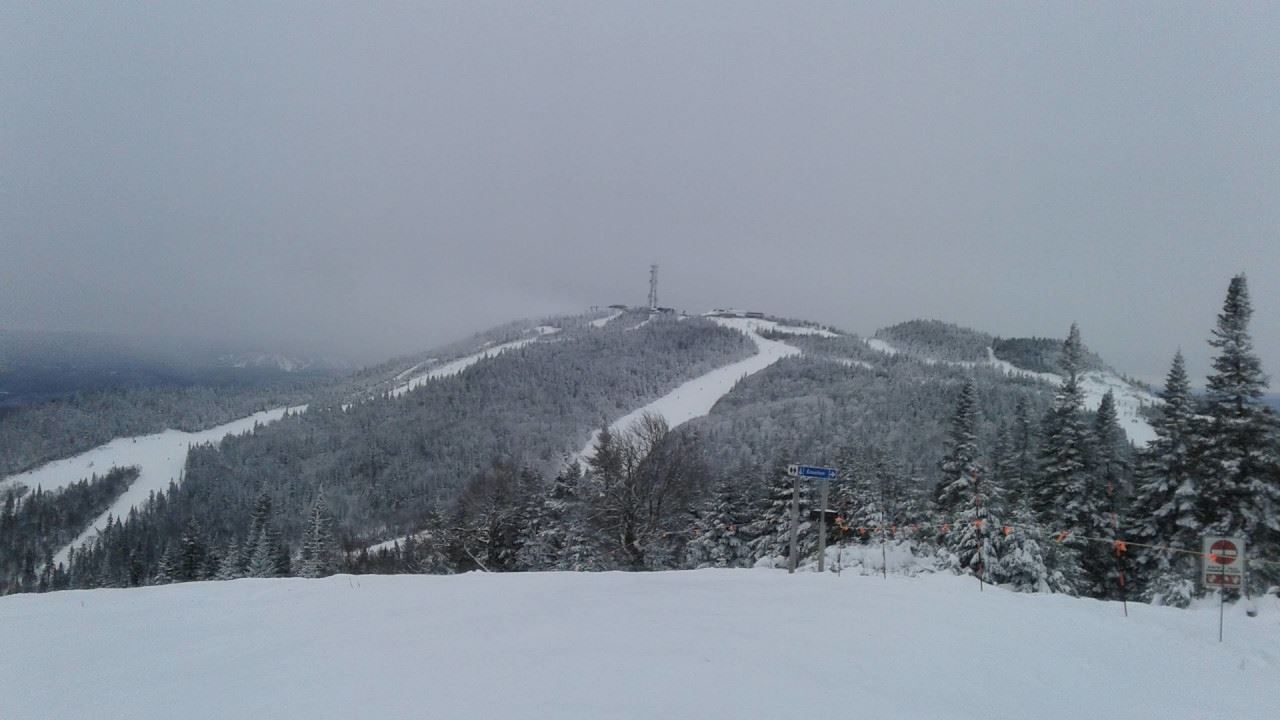 At the top of the Edge.

A couple more pictures including Tremblant with lights. 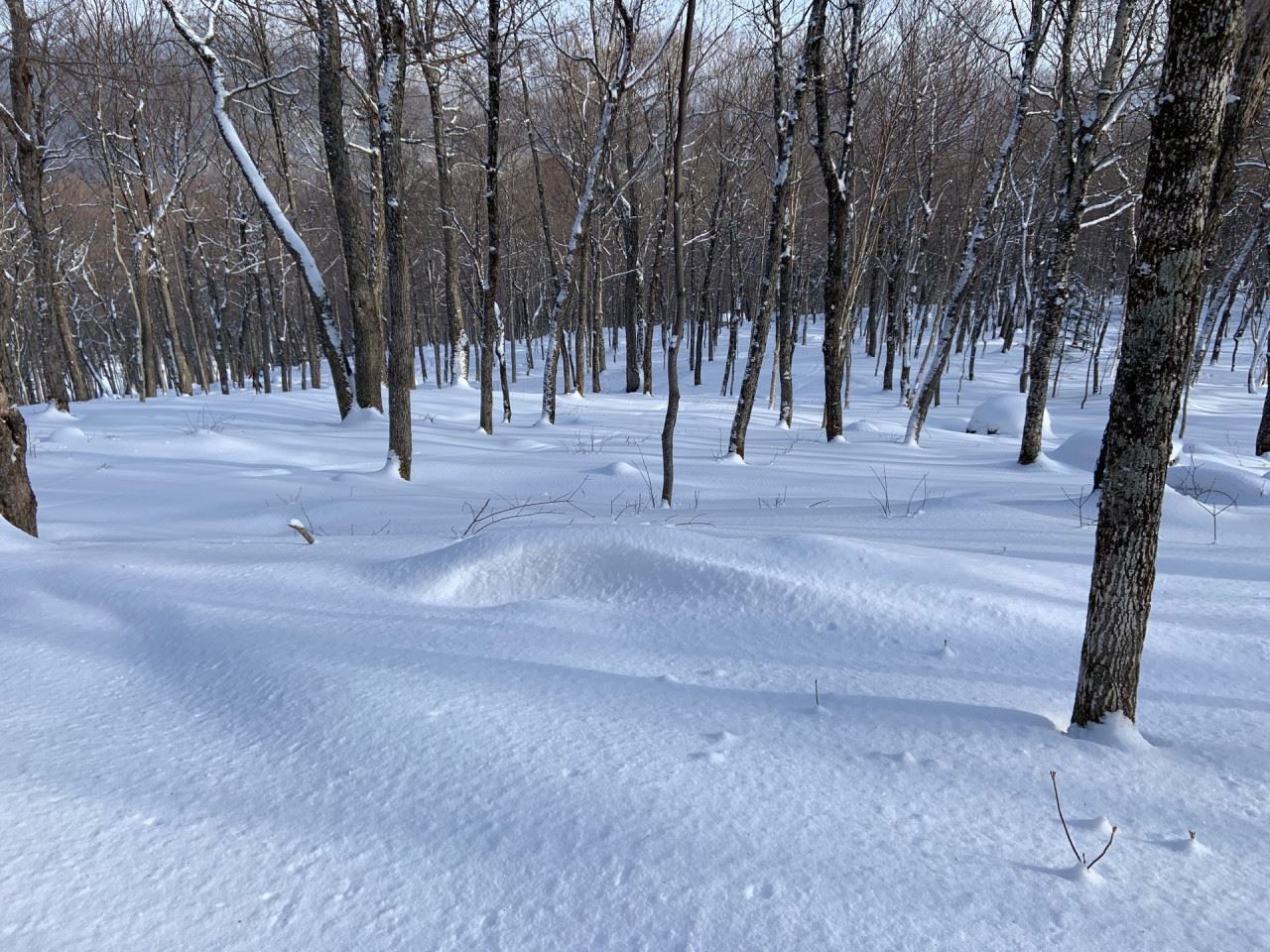 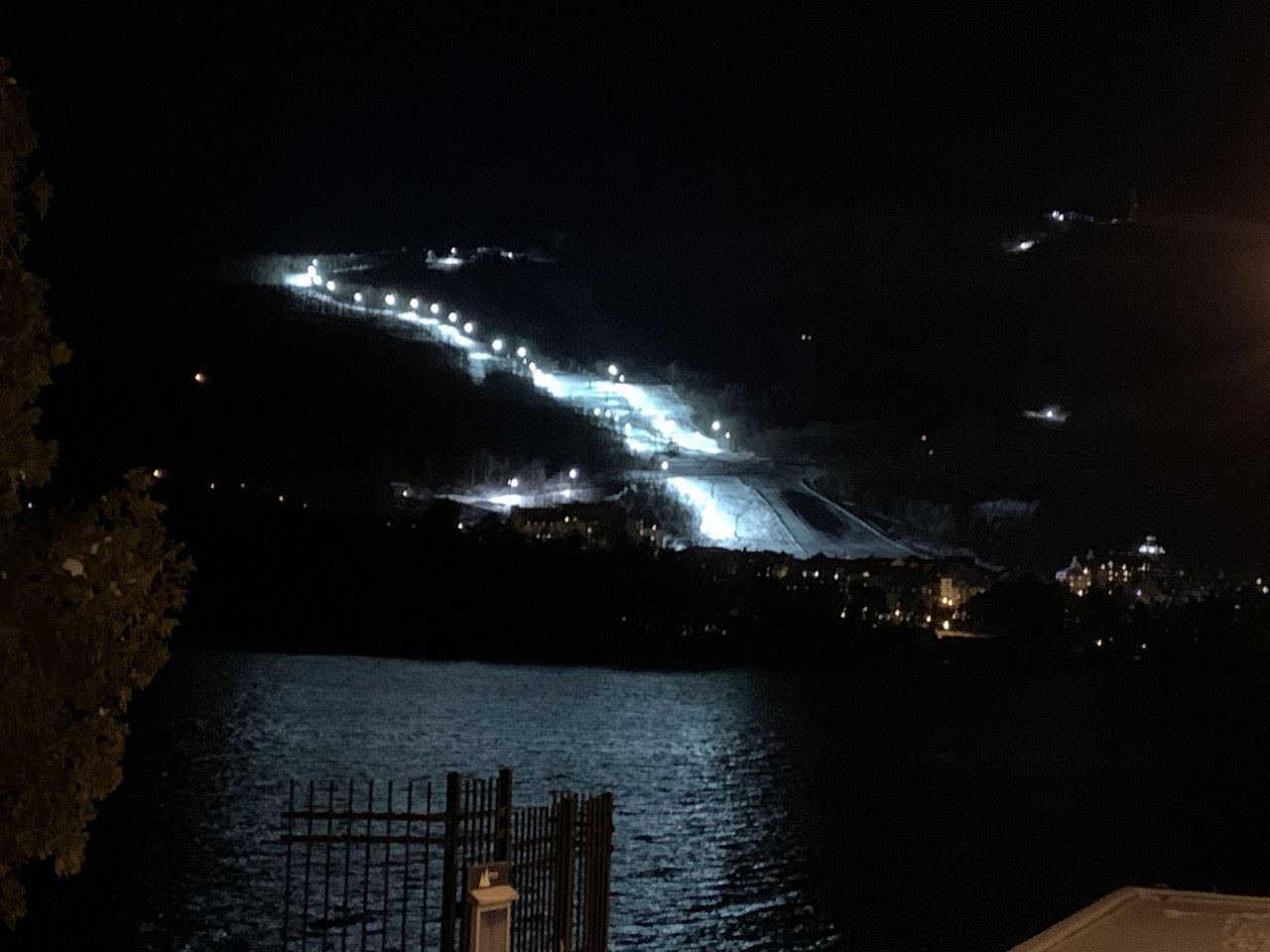