The start of my 2021-22 season began today at Mont Orford. I arrived at the mountain at 8:15 to a cloudy sky with some lingering flurries, and the temperature was -8 degrees. The P2 parking lot was quite busy at this time as cars were arriving all at the same time to get the first runs of the day. It had snowed a bit the night before, at least an inch of new snow was on the ground. The Familiale, Magog, Jean-d'Avignon, l'Acces, along with la Mitaine (the Pente Ecole) were opened. The Giroux North Quad was open along with the double Magic Carpet for the Pente Ecole. A total of 5 trails in all. The mountain ops crew has worked really hard to get what was opened considering what we have experienced in the Townships this early season so far. Great job! 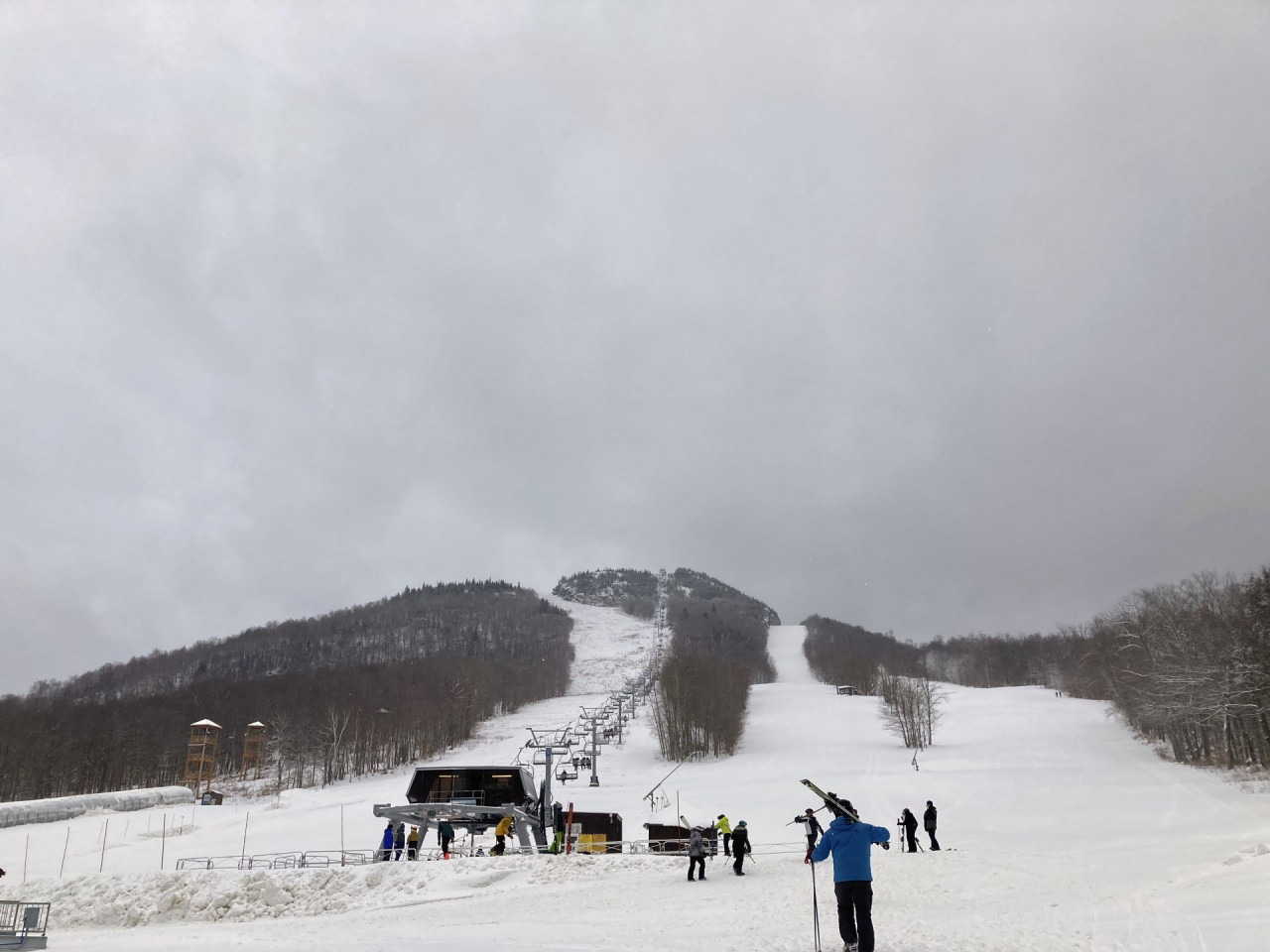 The line up at the beginning of the day was non-existent. The ride up the chair was nice, not windy at all, however at the top it was blustery. The first run was on the Familiale to warm up. The conditions were really nice. The trail had been groomed with a nice covering of packed powder over a firm base. Very nice for the start of the season. As you skied down from the top, there was no wind like there was at the top. Made for some very nice skiing. I managed to catch up with my ski buddy Christian shortly after for some runs. 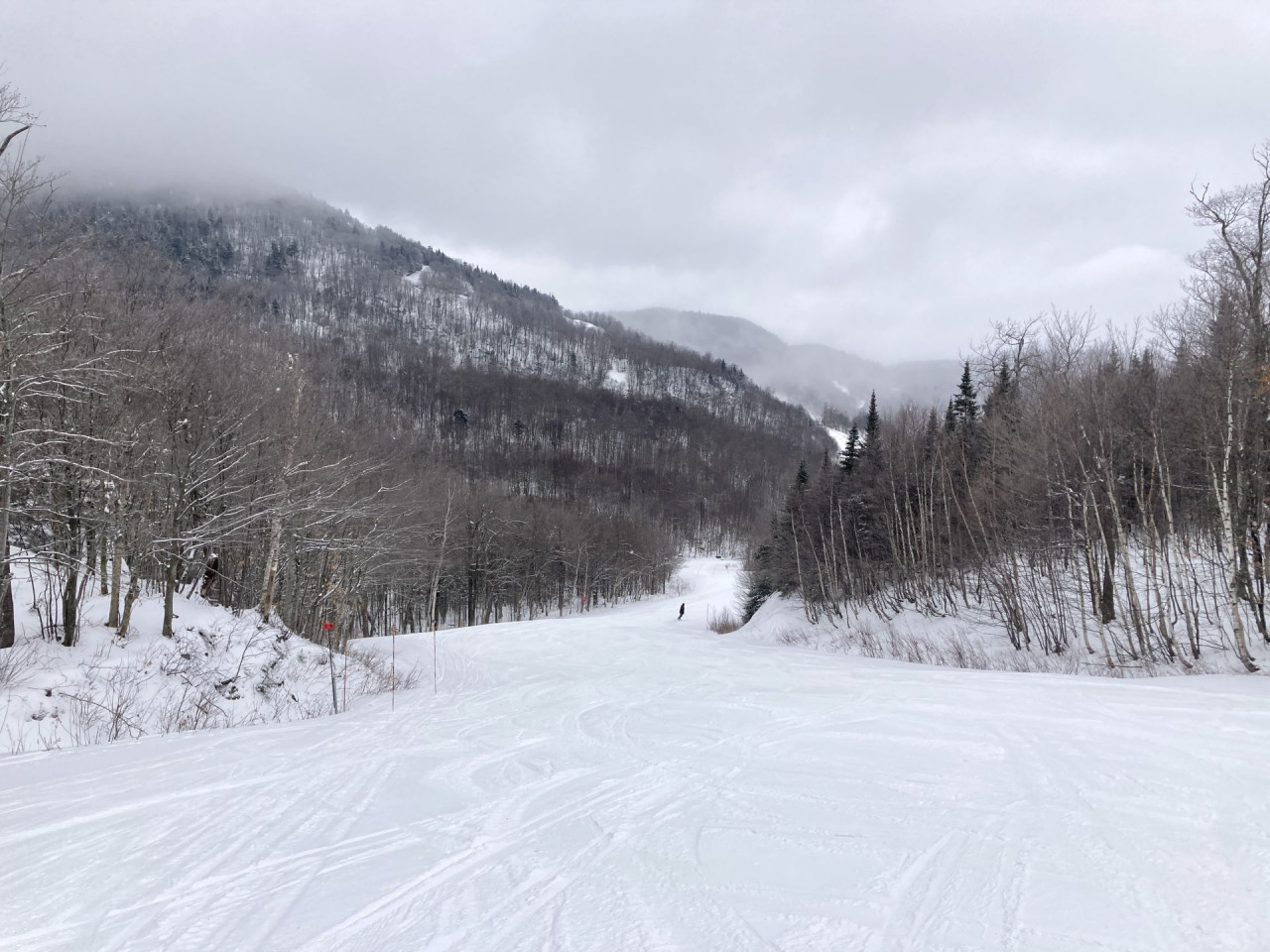 Next run was down the Jean d'Avignon, an Intermediate trail. I figured that I would get this one done quickly before burning the legs out. The conditions here were really nice with some packed powder over a firm base. The trail was opened from top to bottom. This worked the early season legs really well! The Magog was the next to ski, and again the conditions were really nice. Later on during the morning as it was slowly warming up, I noticed a bit of freezing rain was covering my goggles. More like a mist. This did not affect the ski conditions whatsoever. 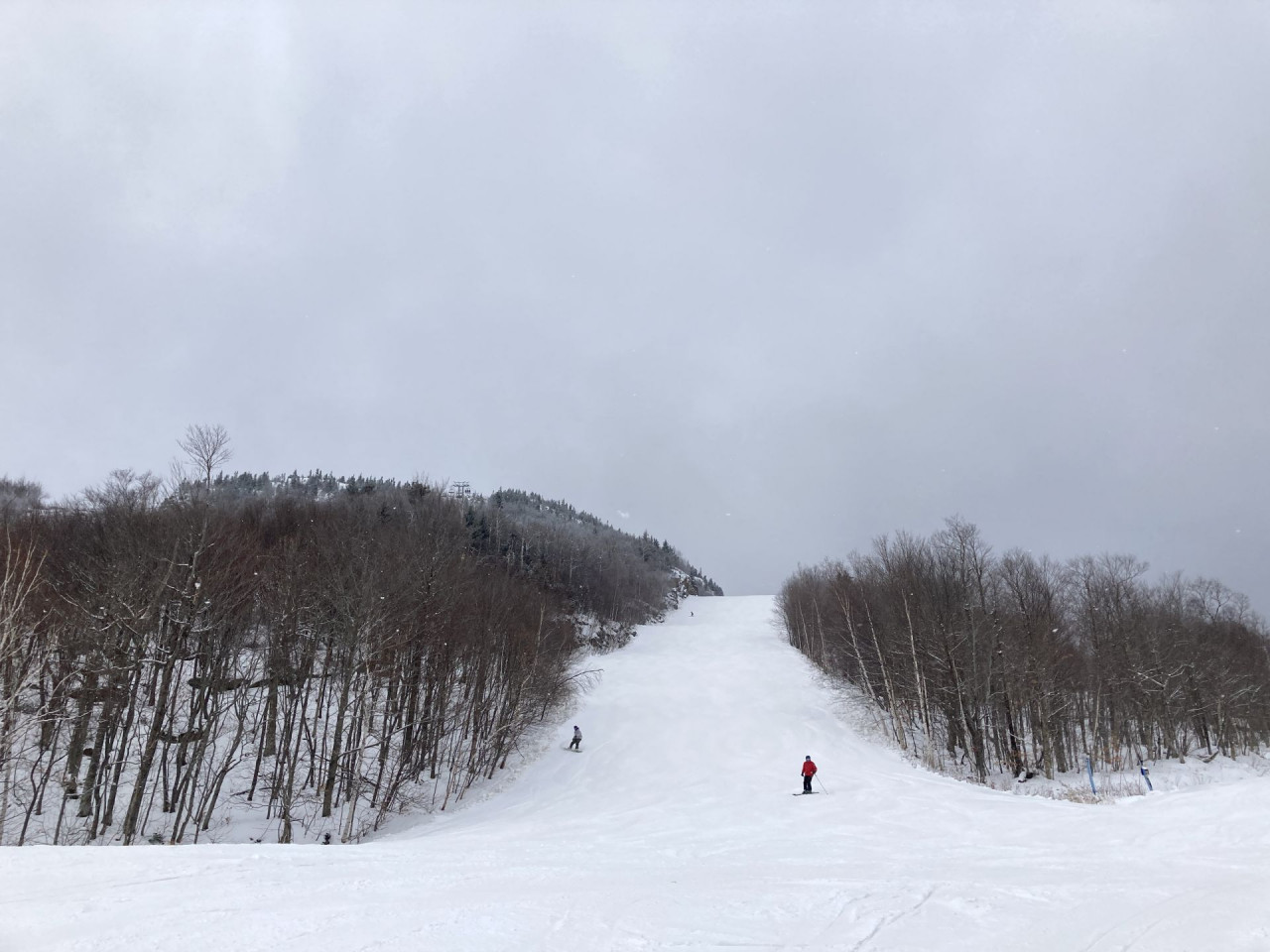 The upper pitch of the Jean d'Avignon 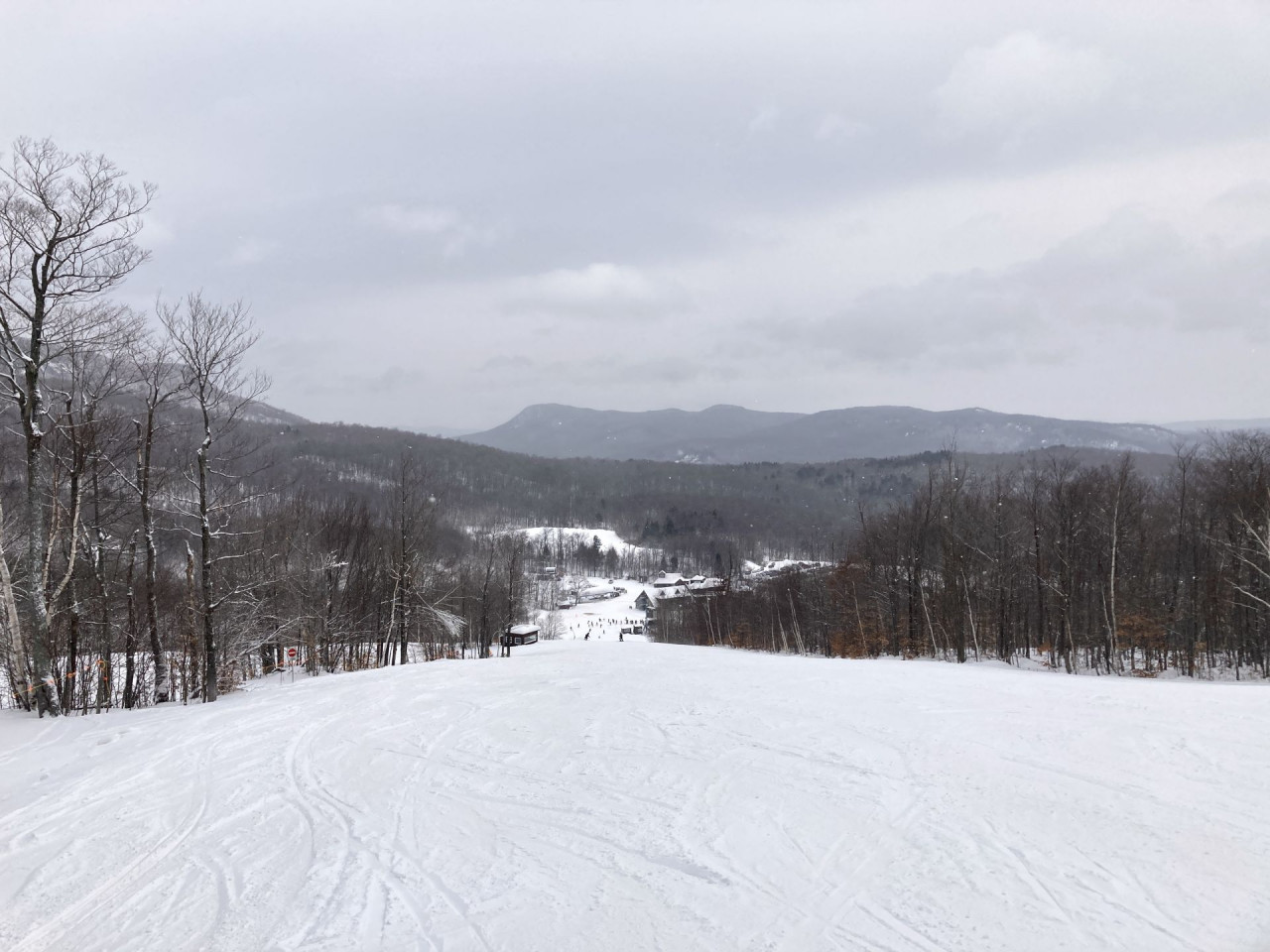 Lower section of the Jean d'Avignon The upper section of the Magog

After a short break, I was back at it for a few more runs. At this point my legs were screaming to stop so one last run down was made. In all total of 8 runs were done taking my time as I went, being that it was the first day out. The line up at anytime was not long at all, maybe 3 minutes tops as the line was moving well. The lift team was directing traffic very efficiently keeping everyone moving along. By noon I was done. Overall it was a really nice first day out, the conditions were really good. I actually skied longer than I had expected! I thought it would have been a quick end as it has been since last January that I had been on skis. It really felt good to be out today. It helped that it did snow a bit overnight to add to the great work by the Mountain Ops team making snow, and grooming. This is just the start. Next time out, maybe the Hybride, or the new Alfred Desrochers Quad will be ready. We still need some snow of the natural kind along with what is being made. Thank you once again Mont Orford for an excellent start to the season!

Here are some additional scenes from the day: 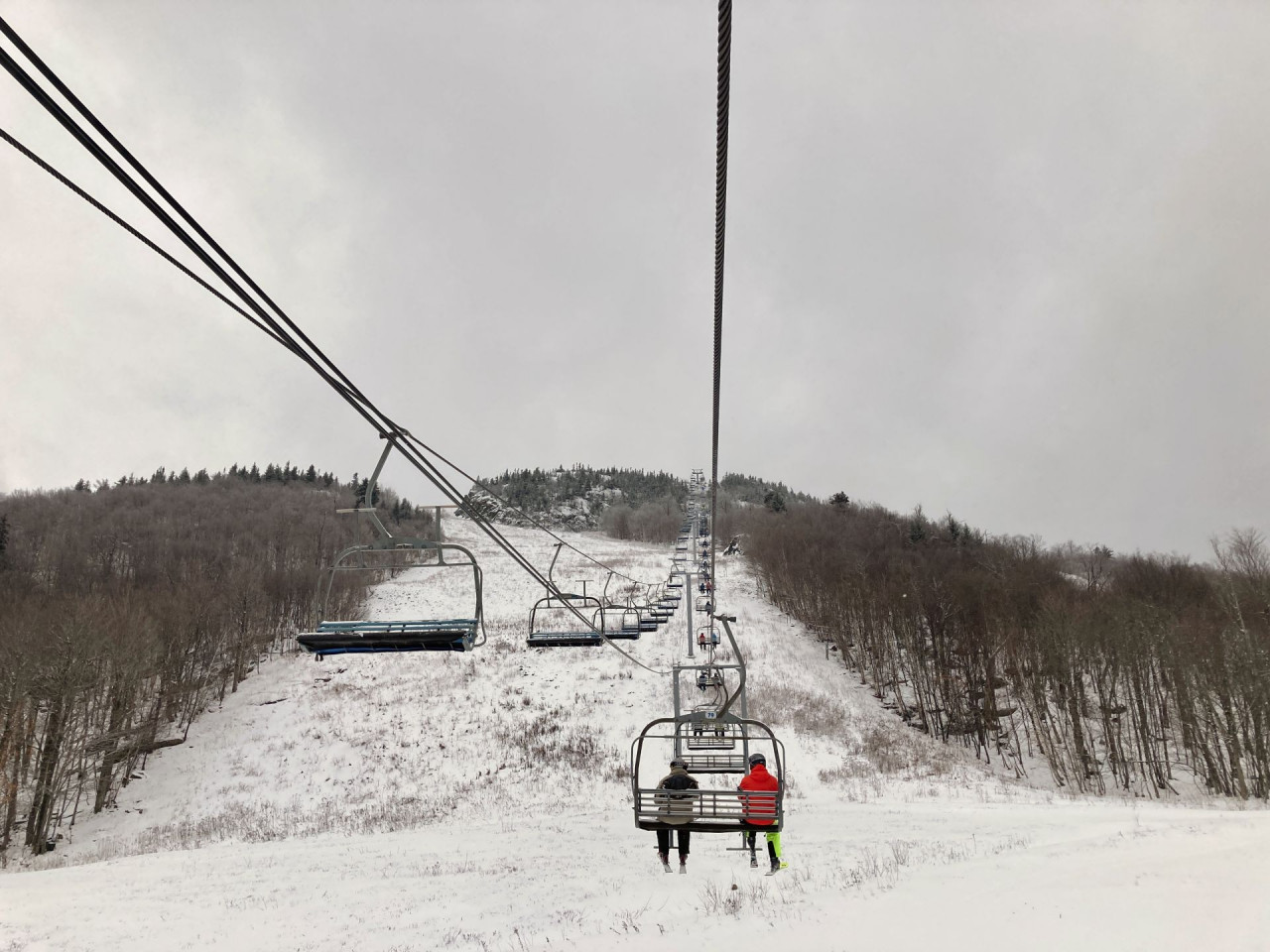 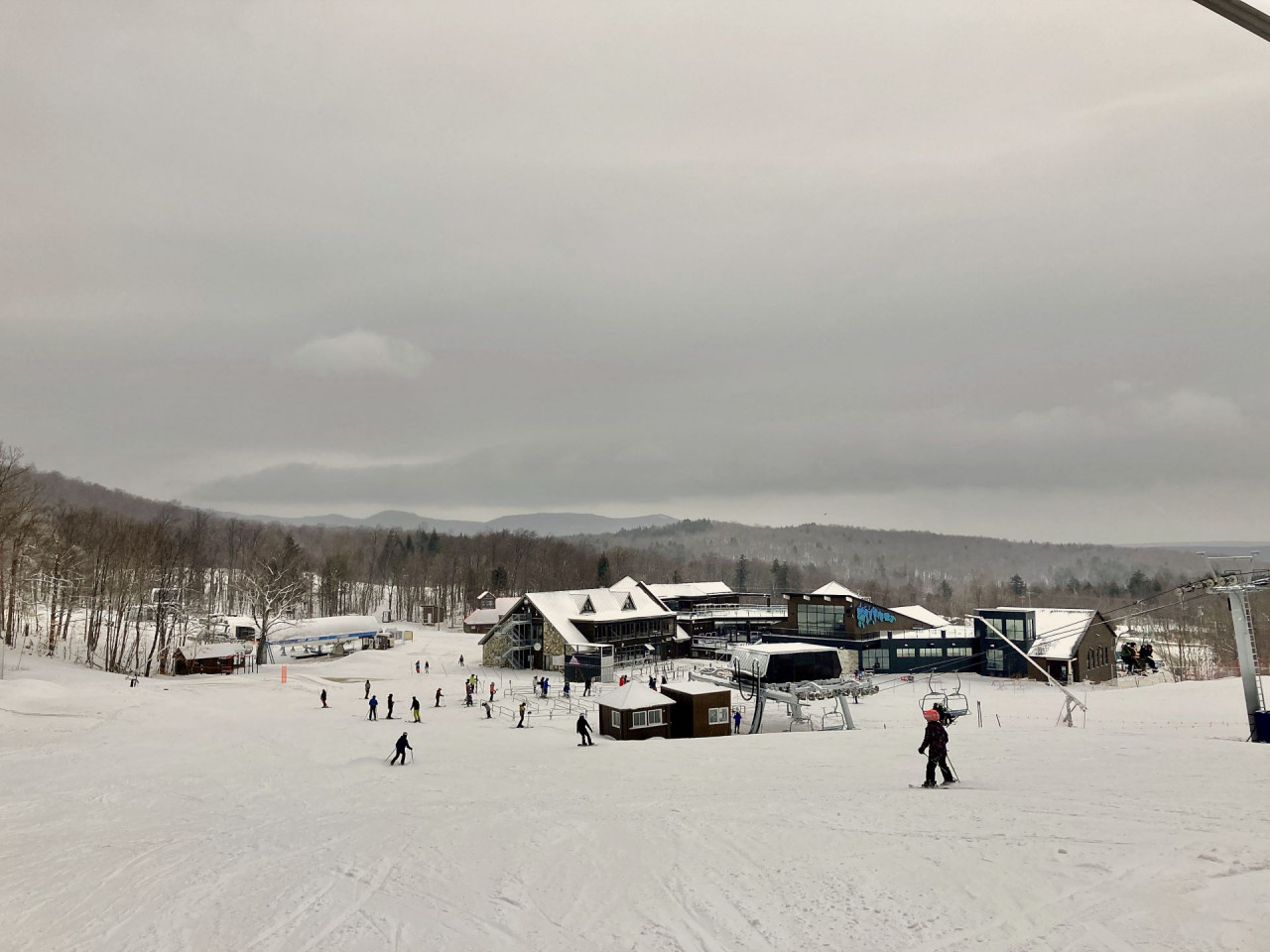 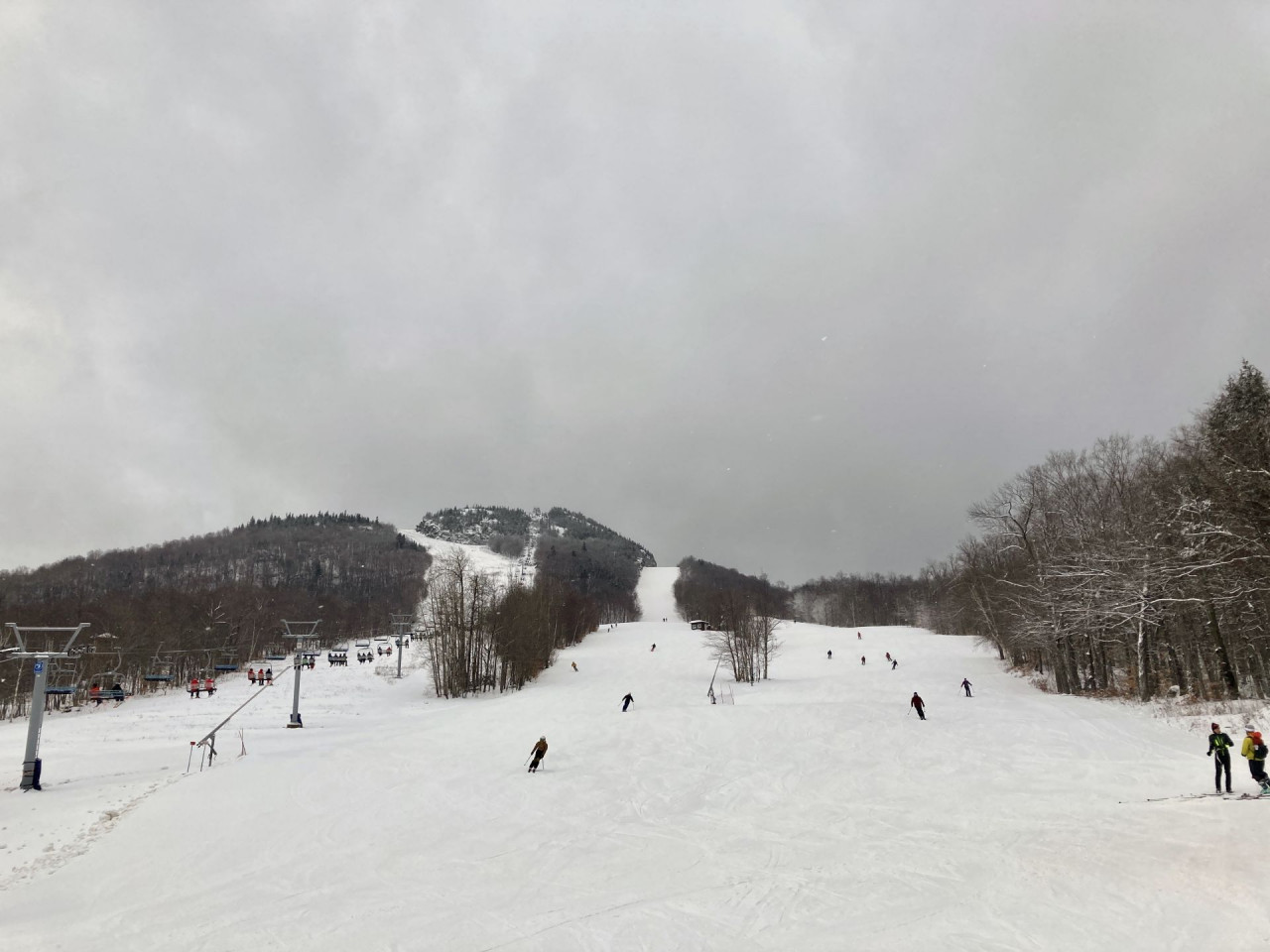 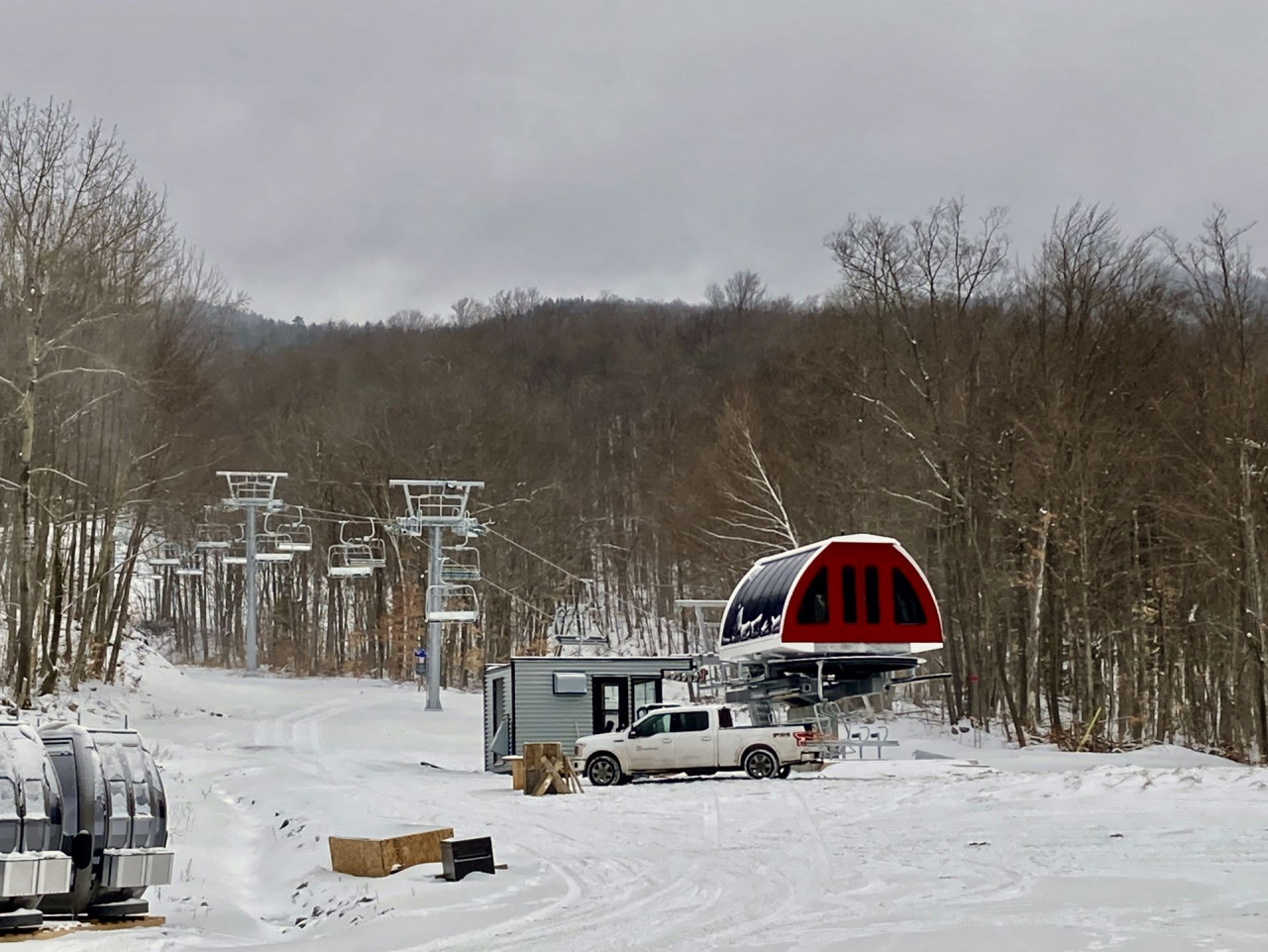 An update photo of the new Alfred Desrochers Quad. This is going to be a sweet ride!
Tags:
Mont Orford
Embrace Canada’s #WinterCapital!
Most Modern Chairlift In The World Opens At Loon M...