17cms of blower came in sideways Saturday night. The result was fantastic skiing Sunday at Camp Fortune. We managed to dig out and make it to the Skyline before 9am. Camp Fortune had groomed on Saturday night so there was a nice layer of light powder on top of a firm base. Conditions of course were excellent. Smooth and smeary. After a bunch of runs on Skyline, we skated over to the valley and then hit the runs on Meech at 10ish. The new glade was open off Paradis called La Cache Sous-Bois. The glade runs from the right side of Paradis down and under the lift exiting North American. The run has a great pitch after the initial flat entrance with two main lines, one steeper and exiting farther up the hill. We spent most of the morning on La Cache before heading back to Skyline. The runs in the valley were also perfect but the place started to get busy with ski schools around 11am. In fact, the entire parking lot in the valley looked full by noon. Skyline still had lots of spots though. Heggtveit is still not open but the amount of snow that Fortune is blowing on it is pretty impressive. I suspect it will be open very soon. This is peak winter so get out and enjoy it! 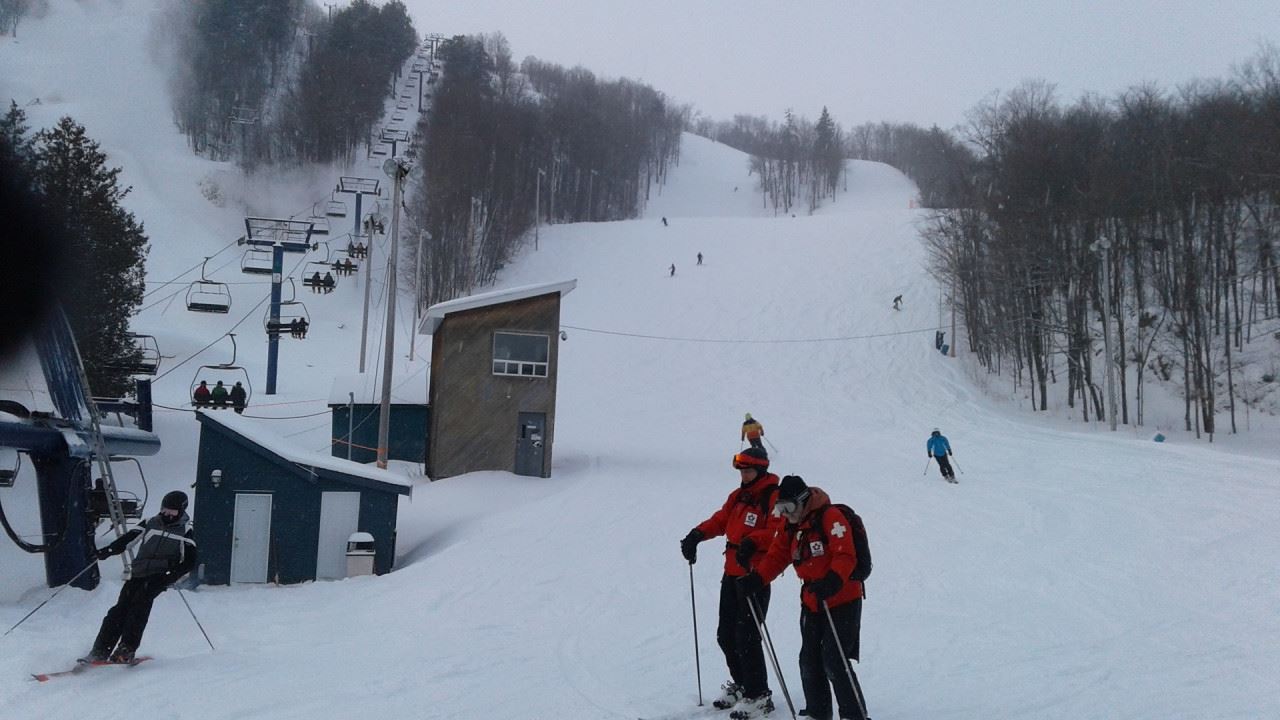 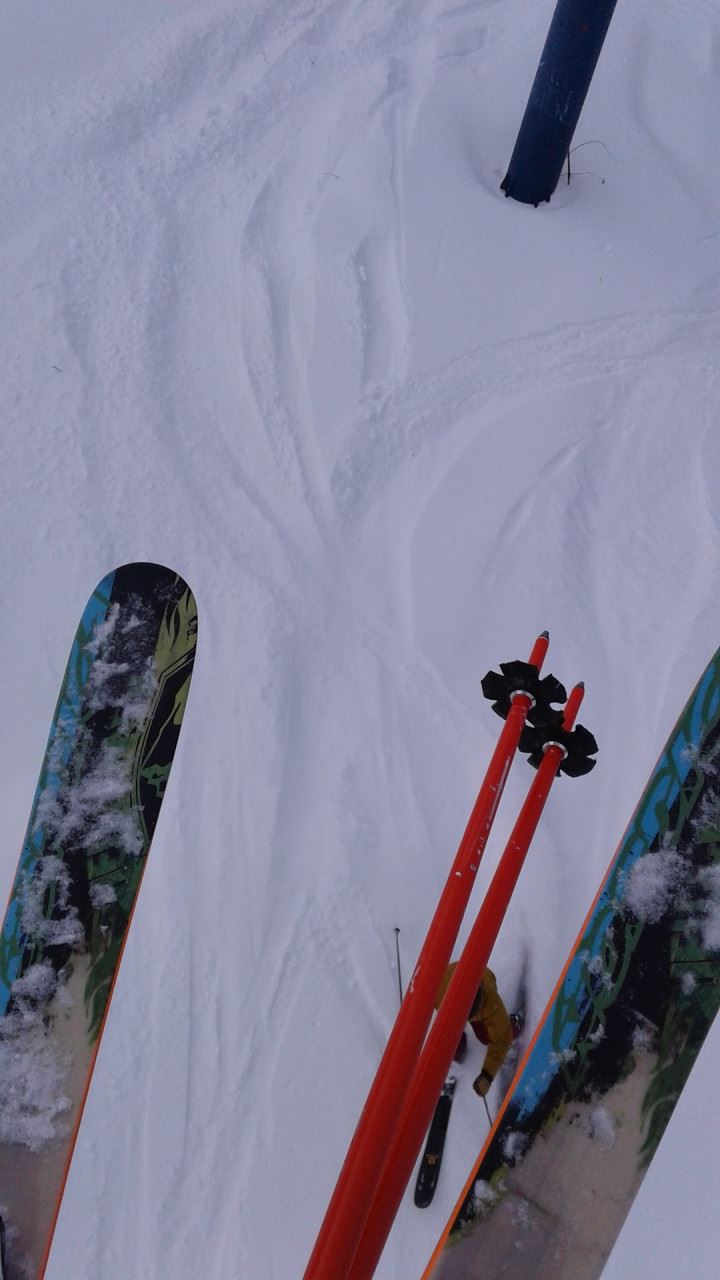 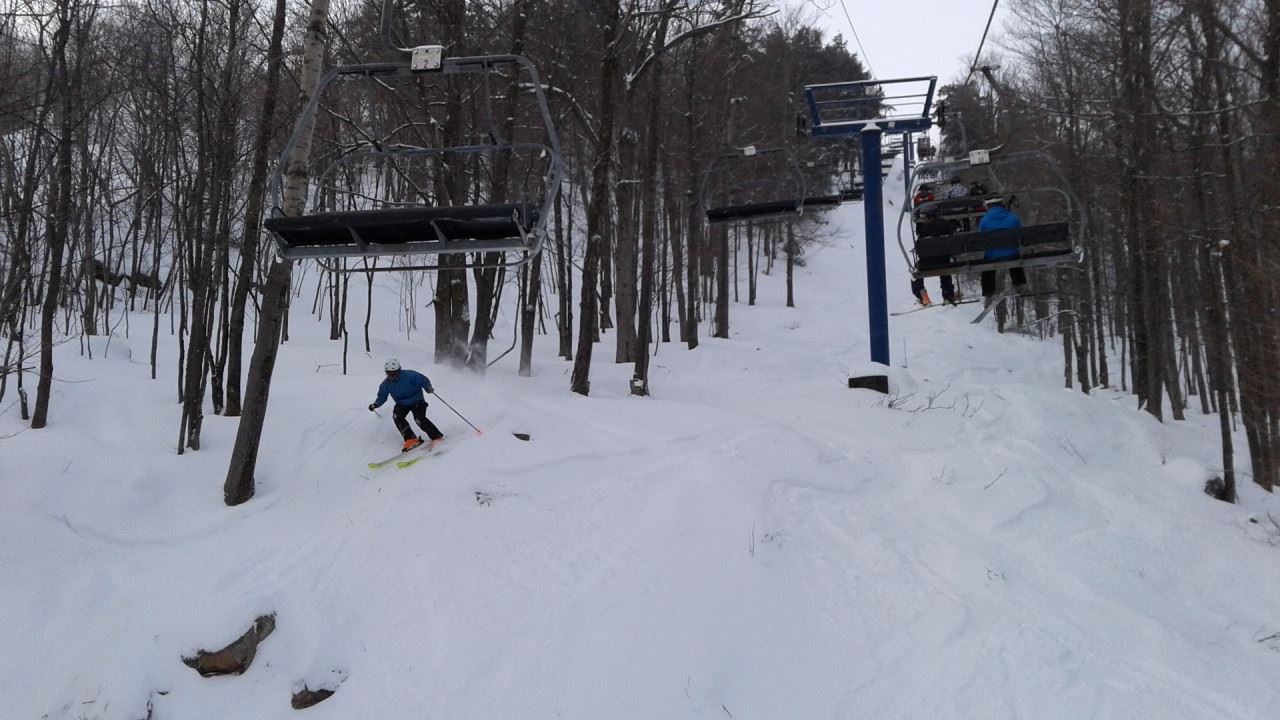 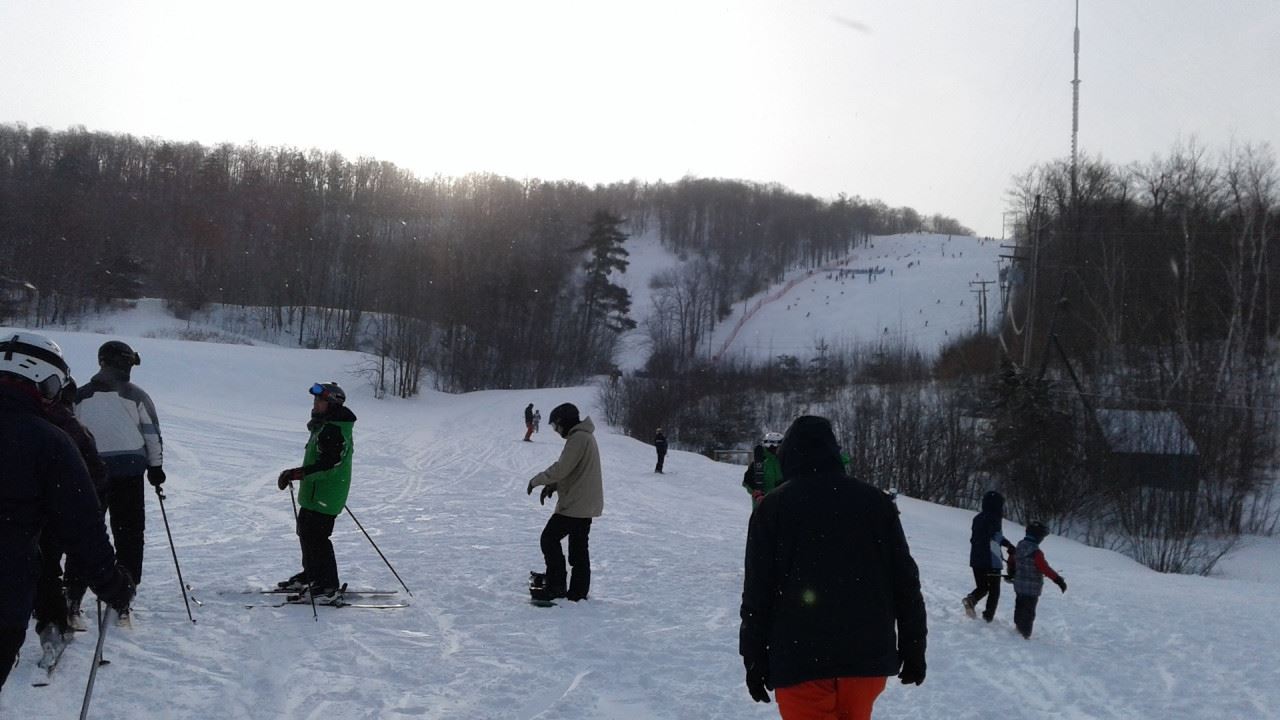 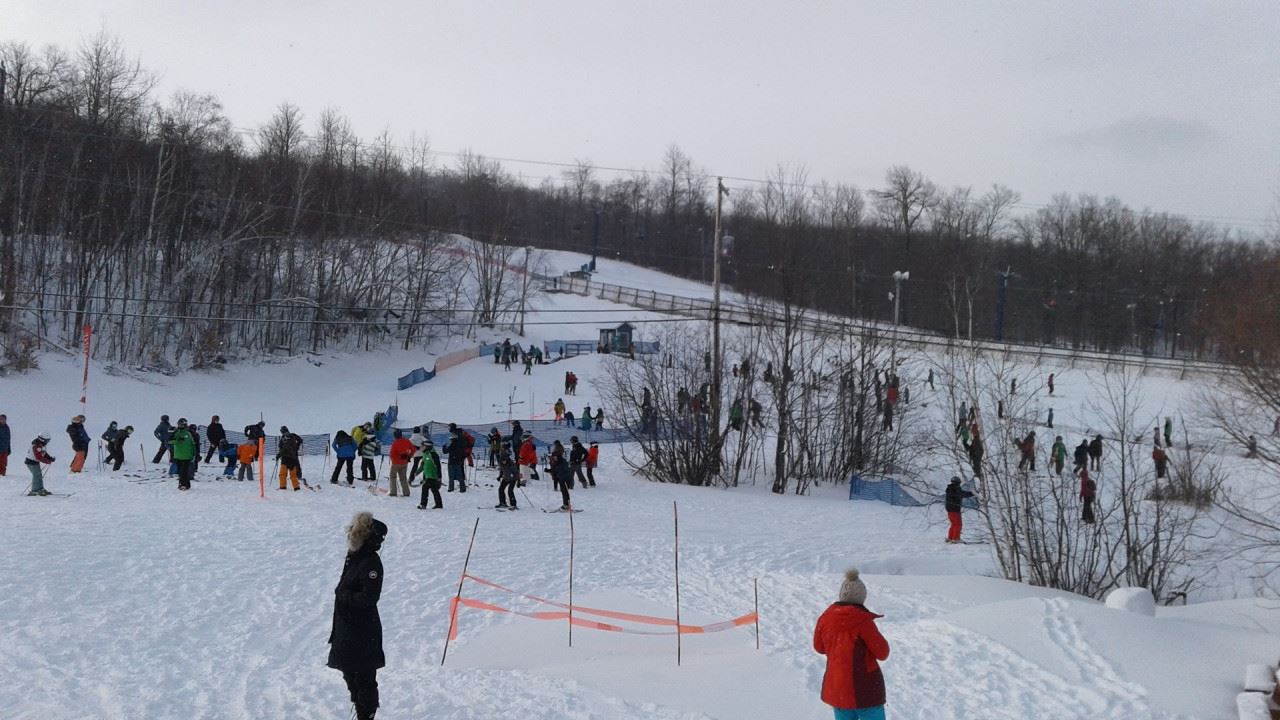 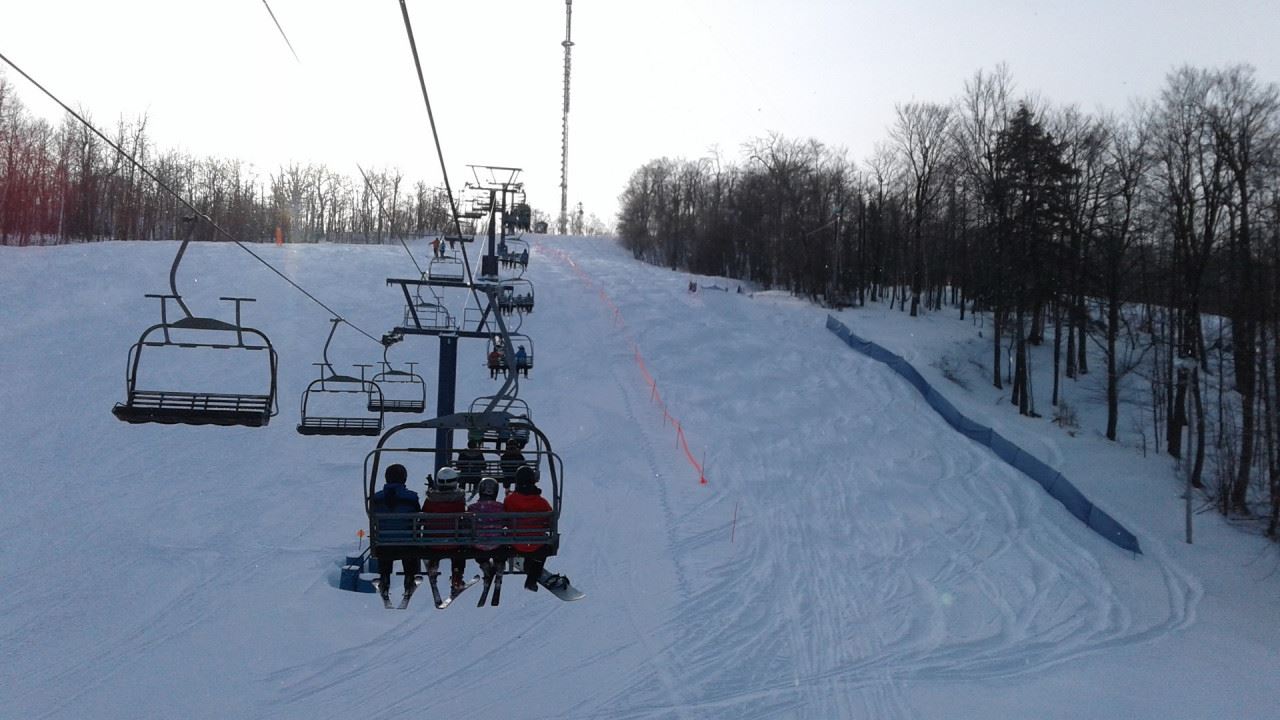 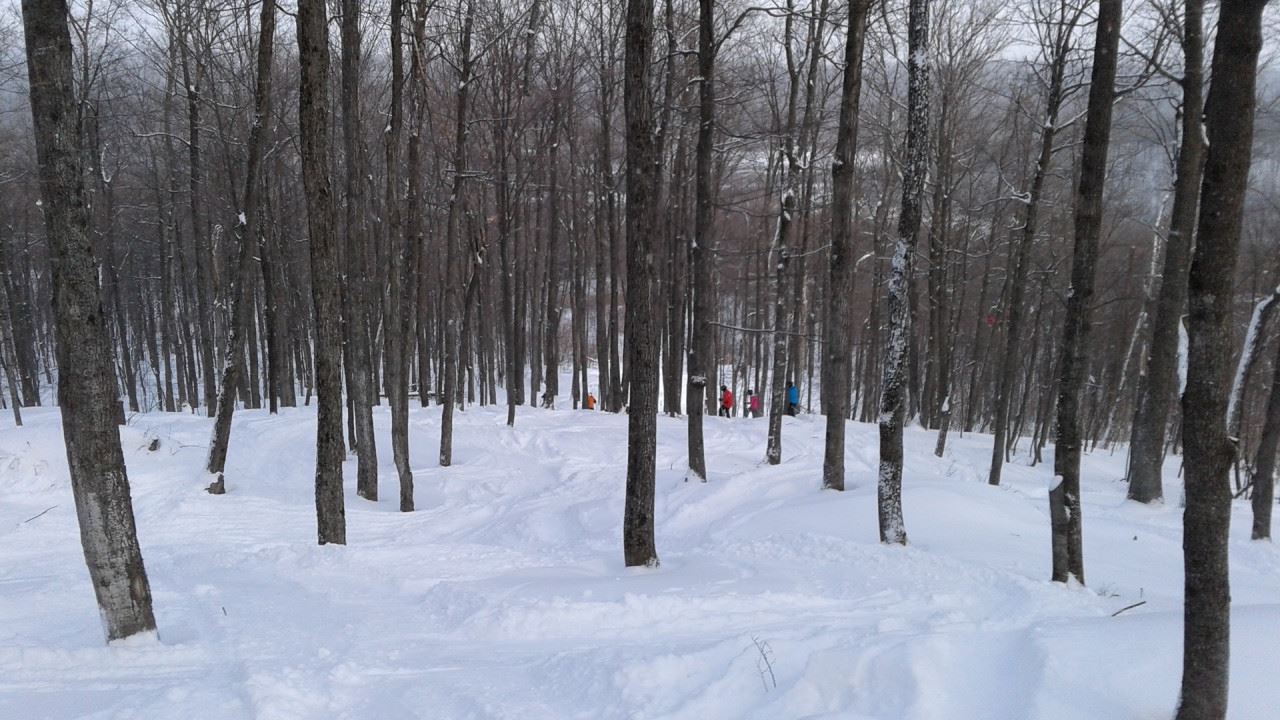 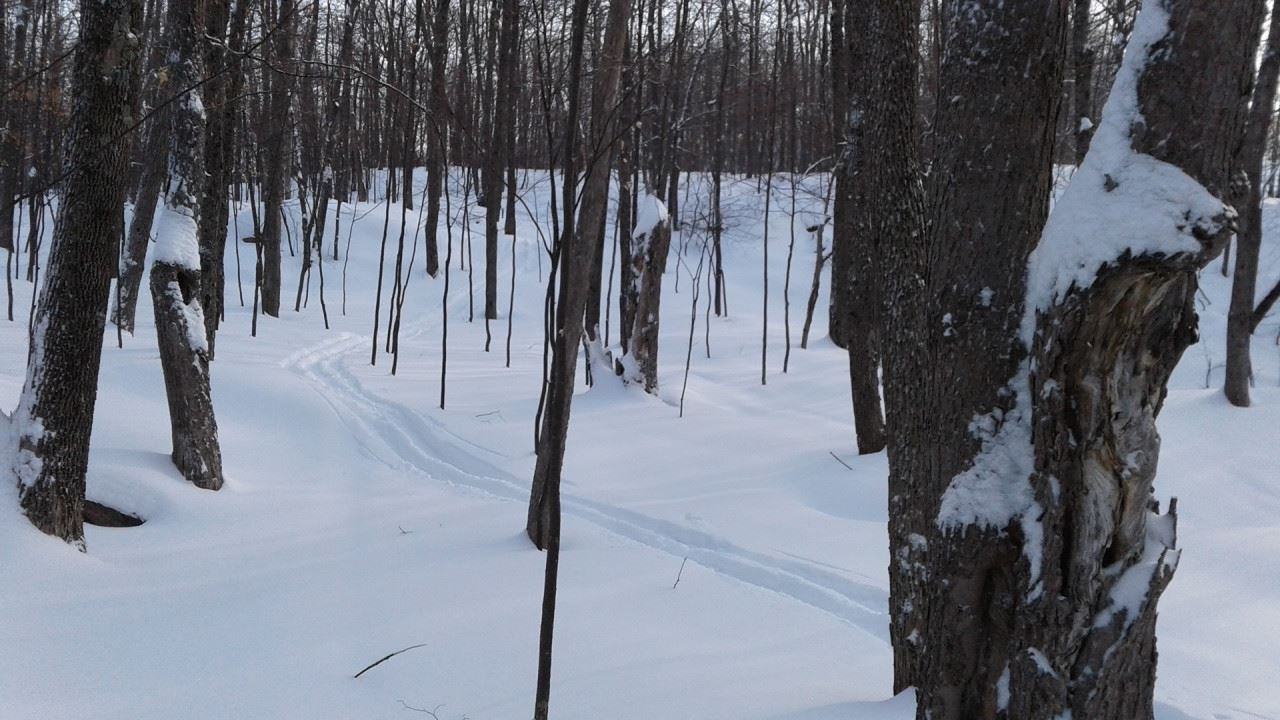 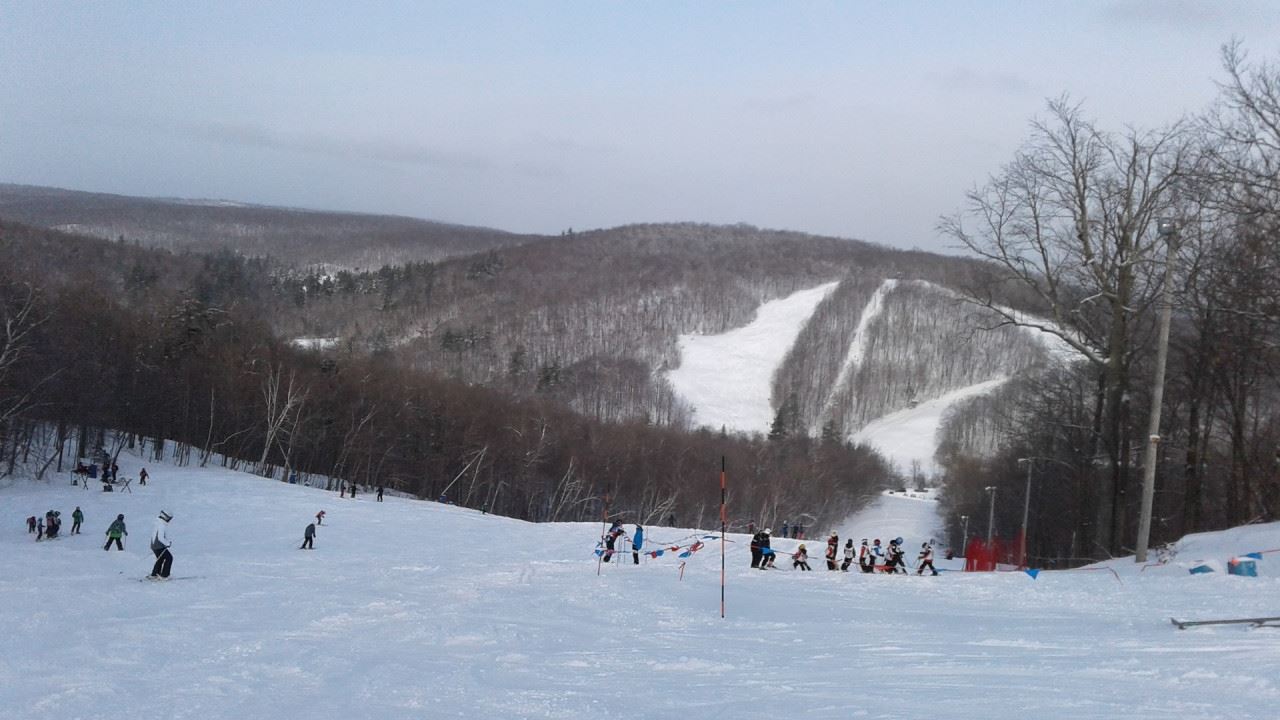 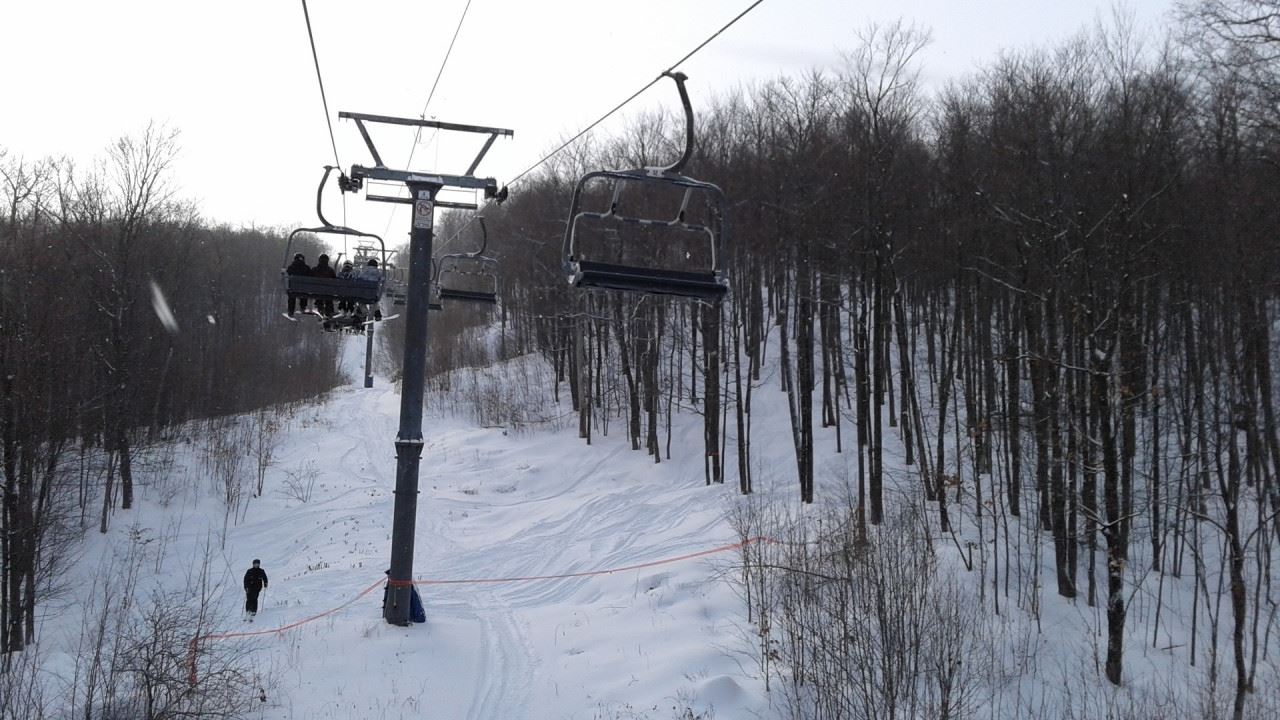 The cross over spot on La Cache. 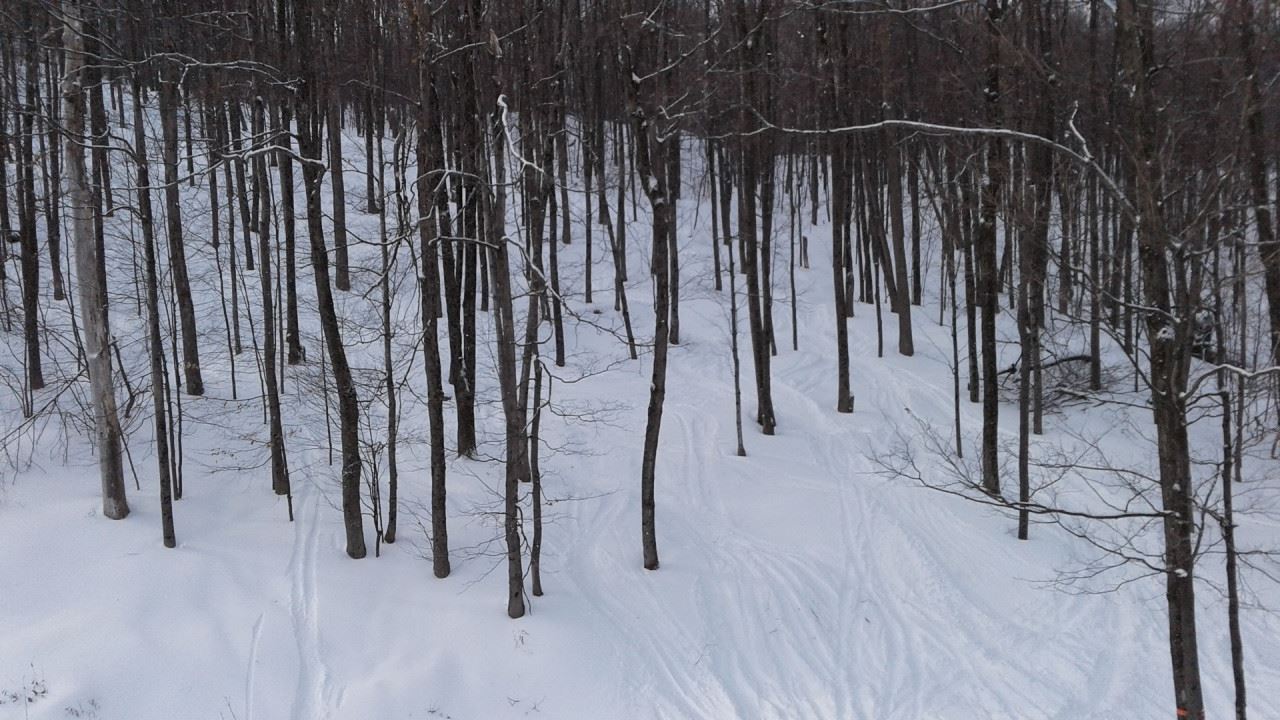 La Cache from the Meech lift. 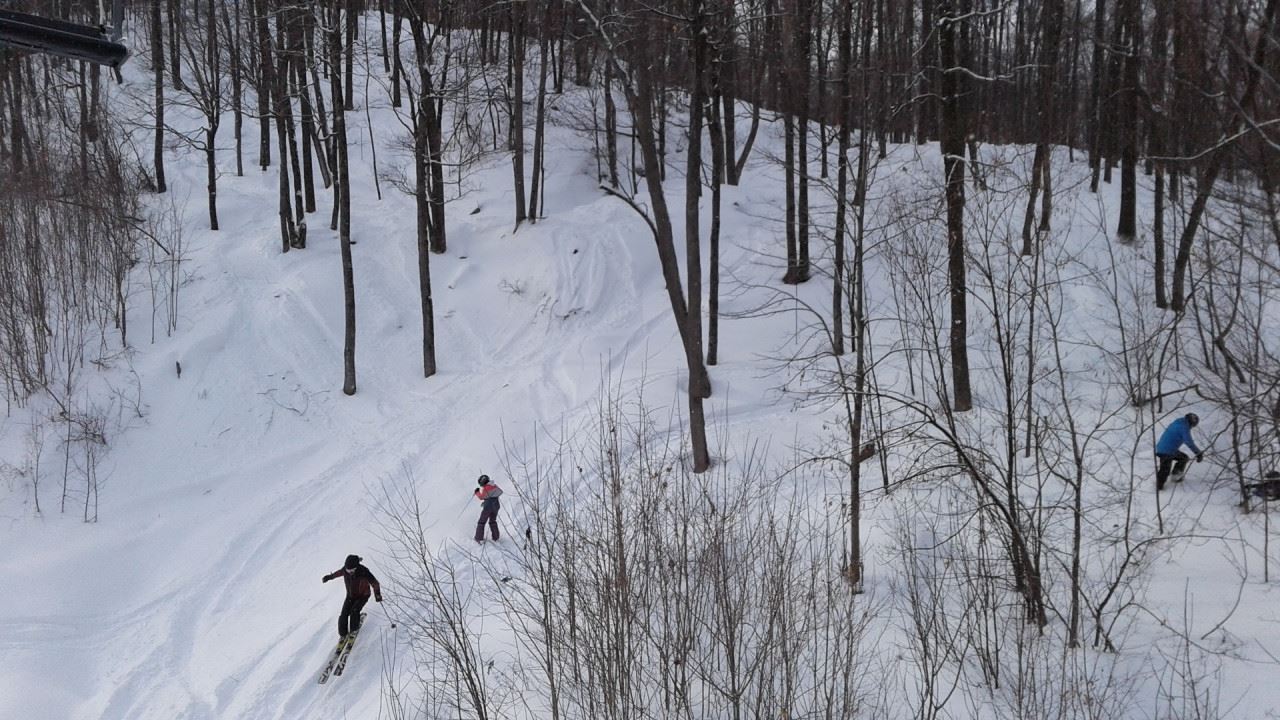 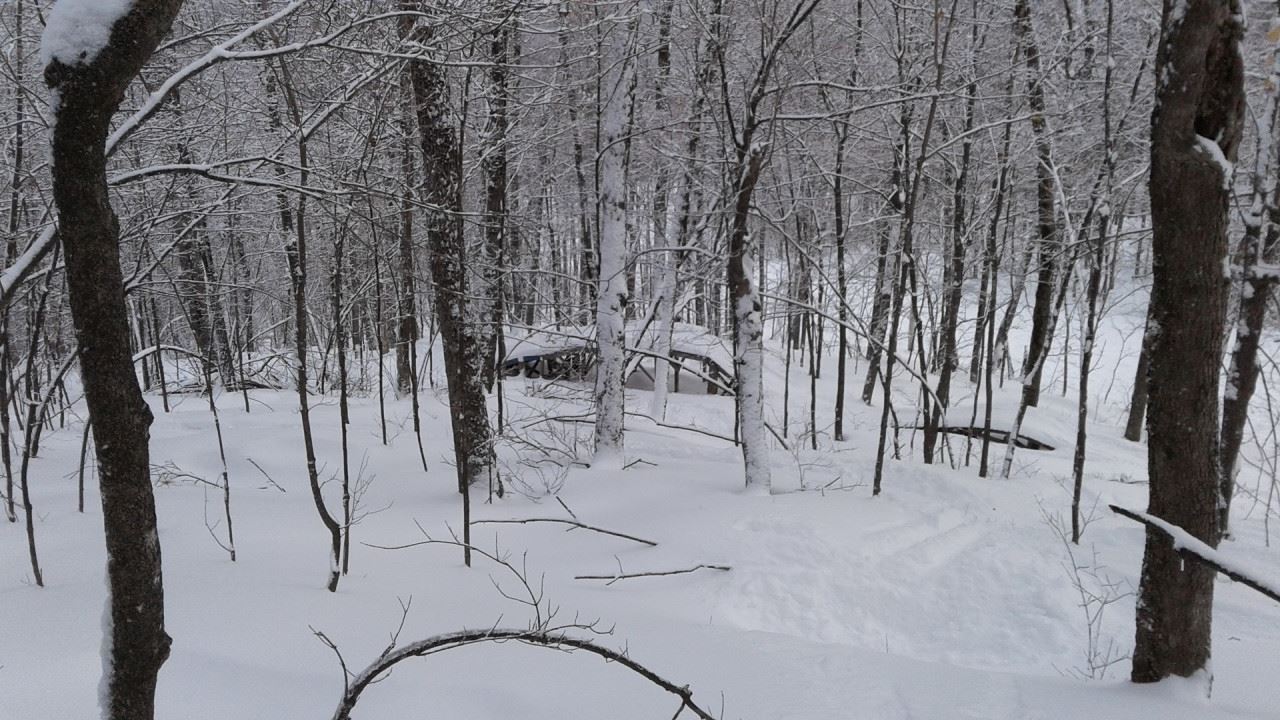 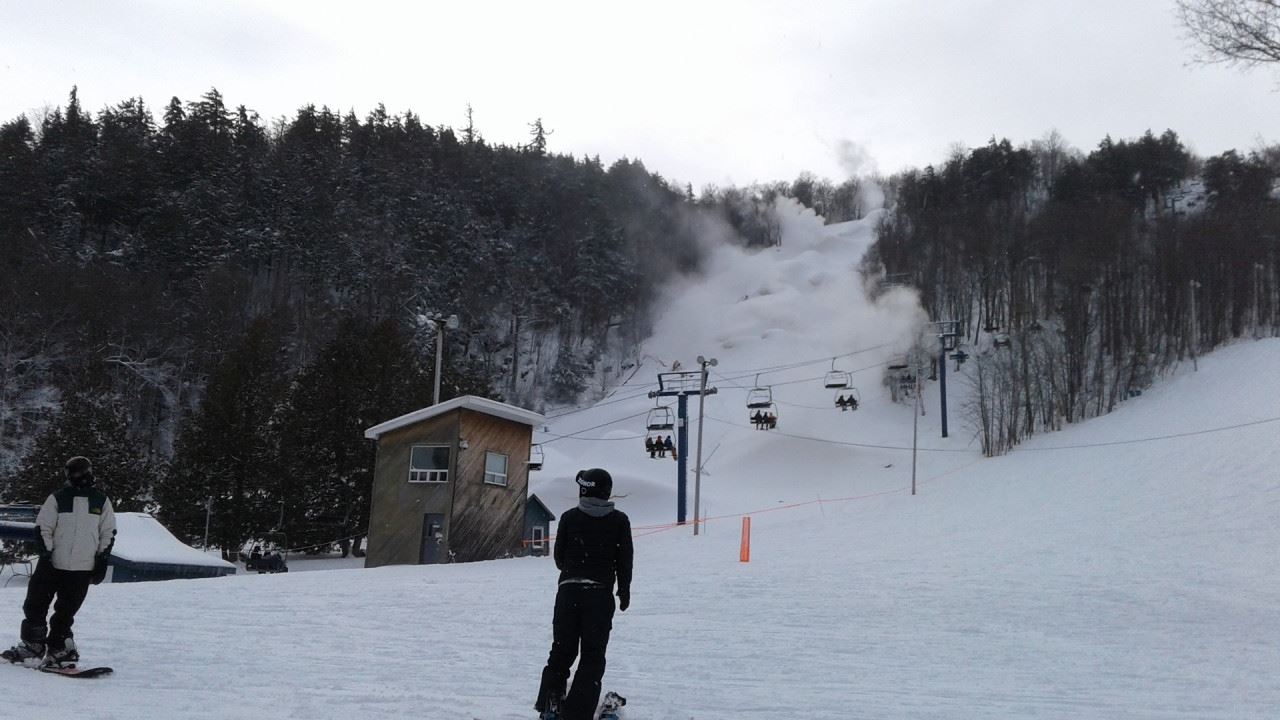 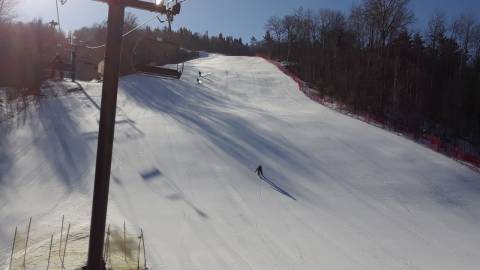 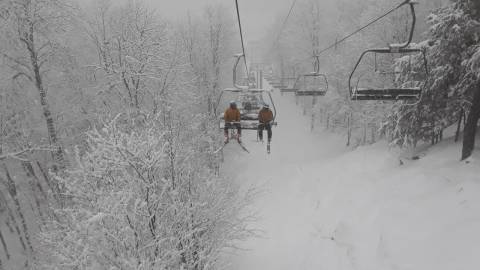 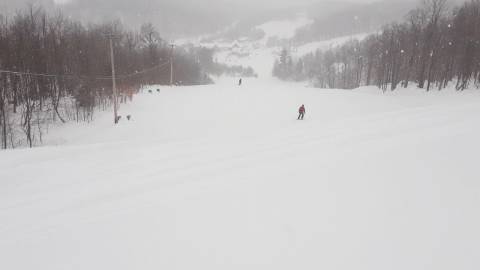 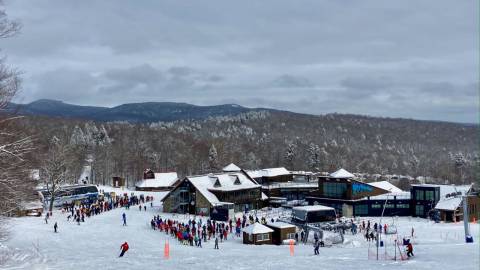