Well, we didn't quite get the snowmageddon that was hyped but the skiing at Camp Fortune was great regardless. 10cms of wet snow had fallen overnight and it would snow heavily all morning bringing the total to close to 25cms by midday. The drive was not great as highway 5 was like a cart track but it was worth the trek. With temperatures around zero, the fresh snow was heavy but you can't complain. I managed to get fresh lines for a few runs on Heggtveit and Craigsmarc before moving to Meech and getting the first run after the Ski Patrol on the La Cache glade. After several powder-filled runs on the Meech side, I moved to the valley. The valley was quiet with the trick park closed off as well as Allen's Ally for a race. Slalom and Duffy had loads of fresh snow though. Back on Skyline things were clumping up fast but my legs were pretty much done by noon anyway. On a sad note just after lunch Fortune had to close because of power issues. Yesterday they were closed for a few hours in the morning because of a power outage. Hydro may be cheap in Quebec but it sure isn't reliable. 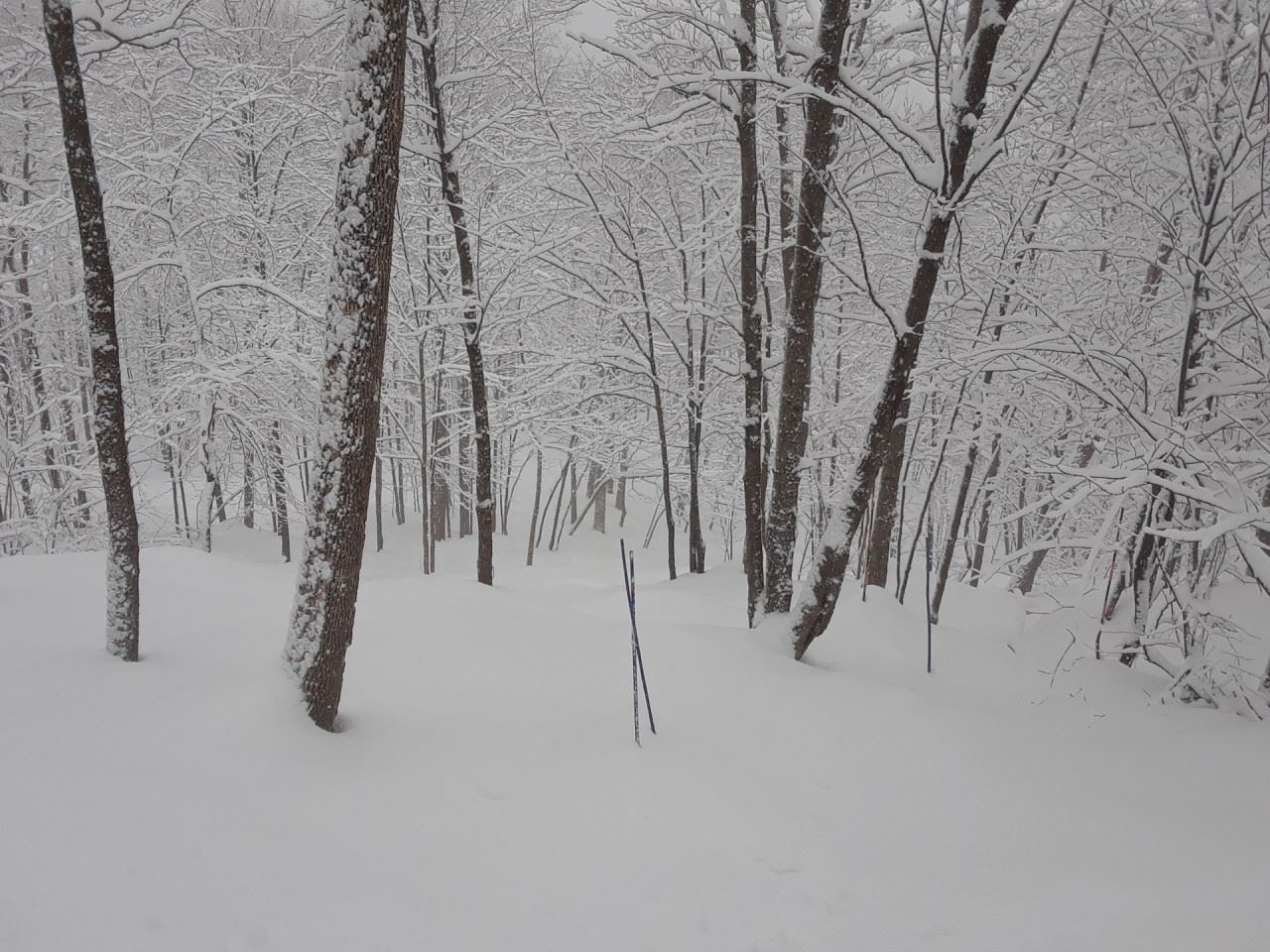 Craigsmarc was a winter wonderland of fresh lines. 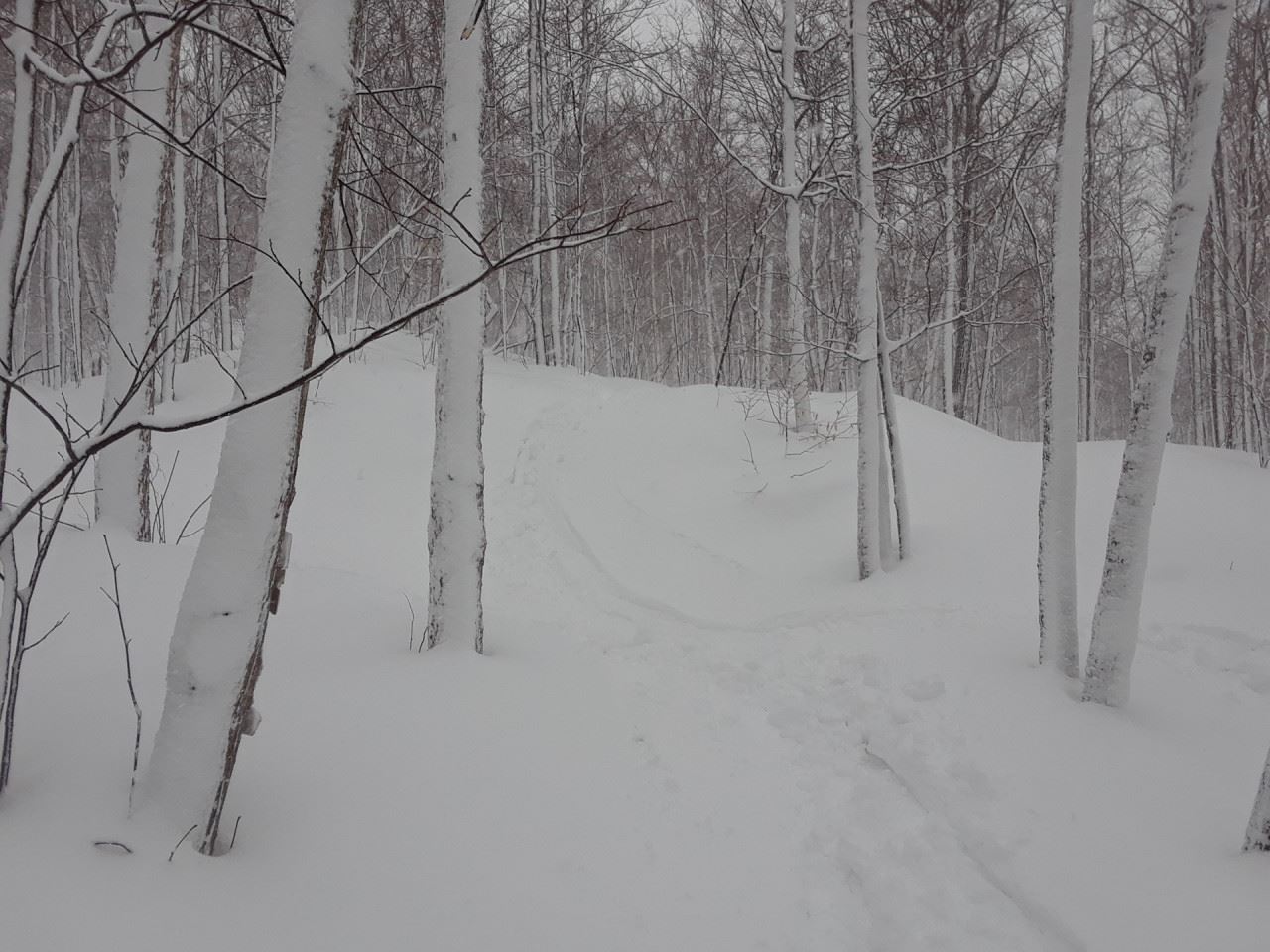 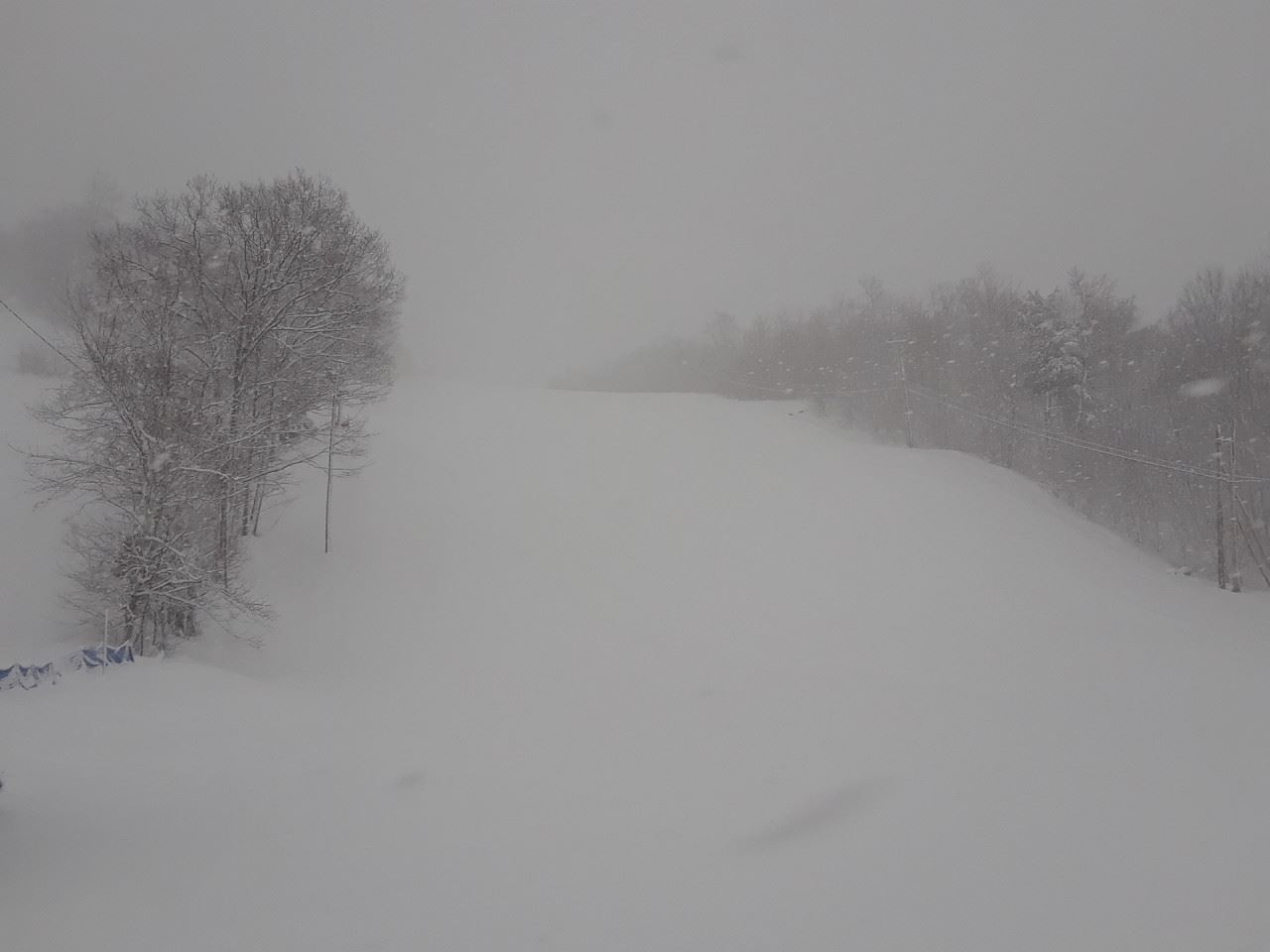 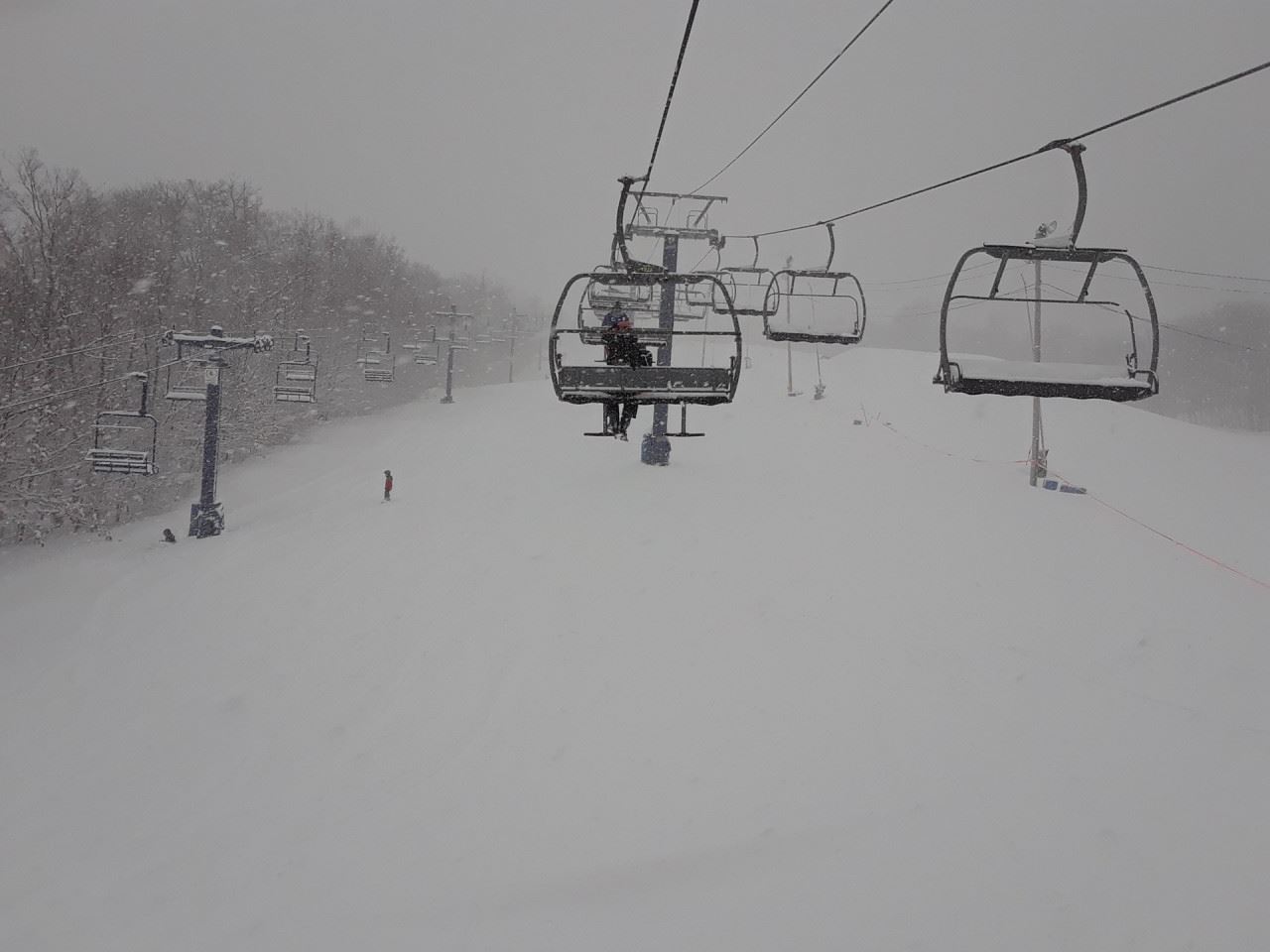 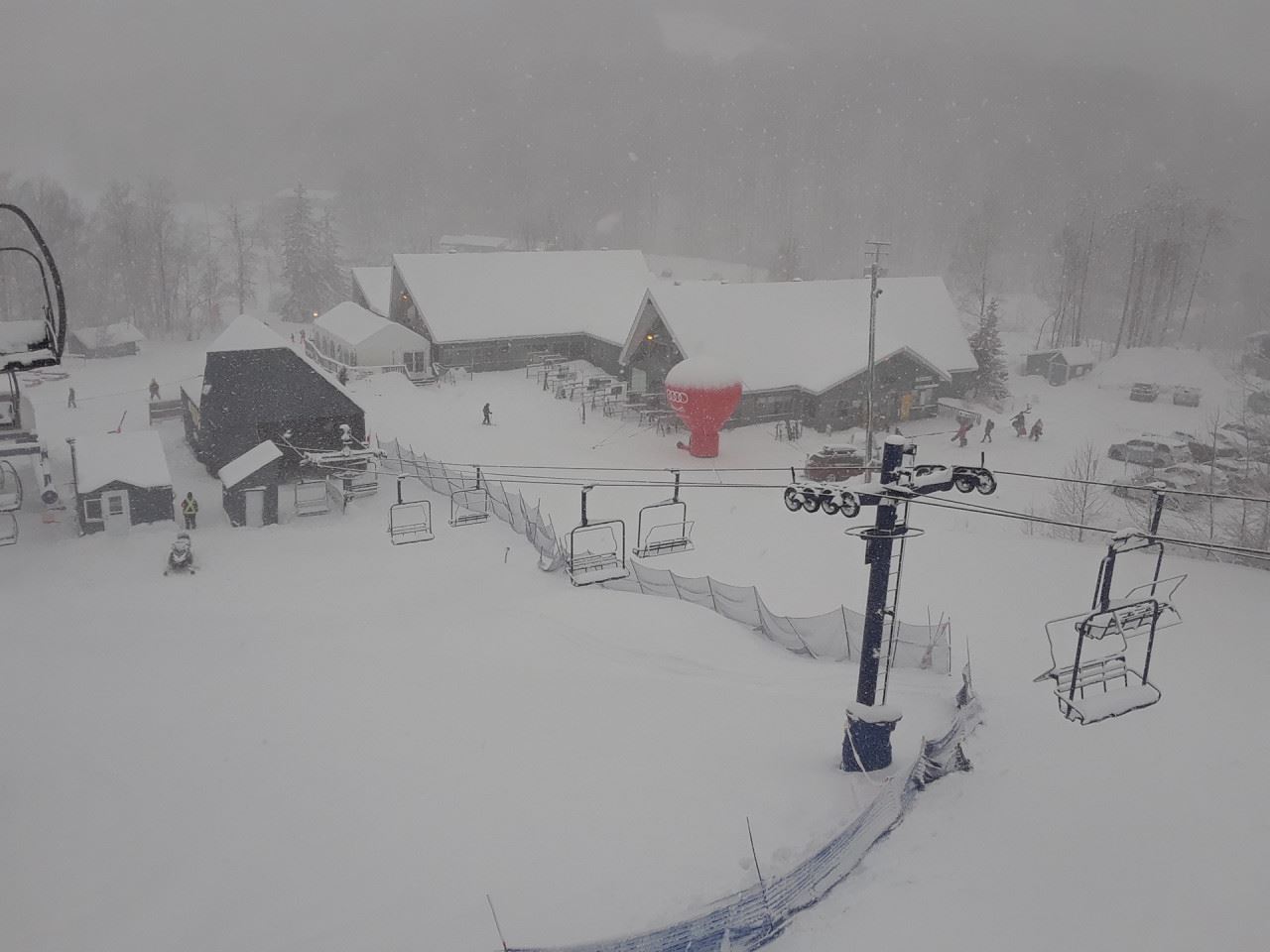 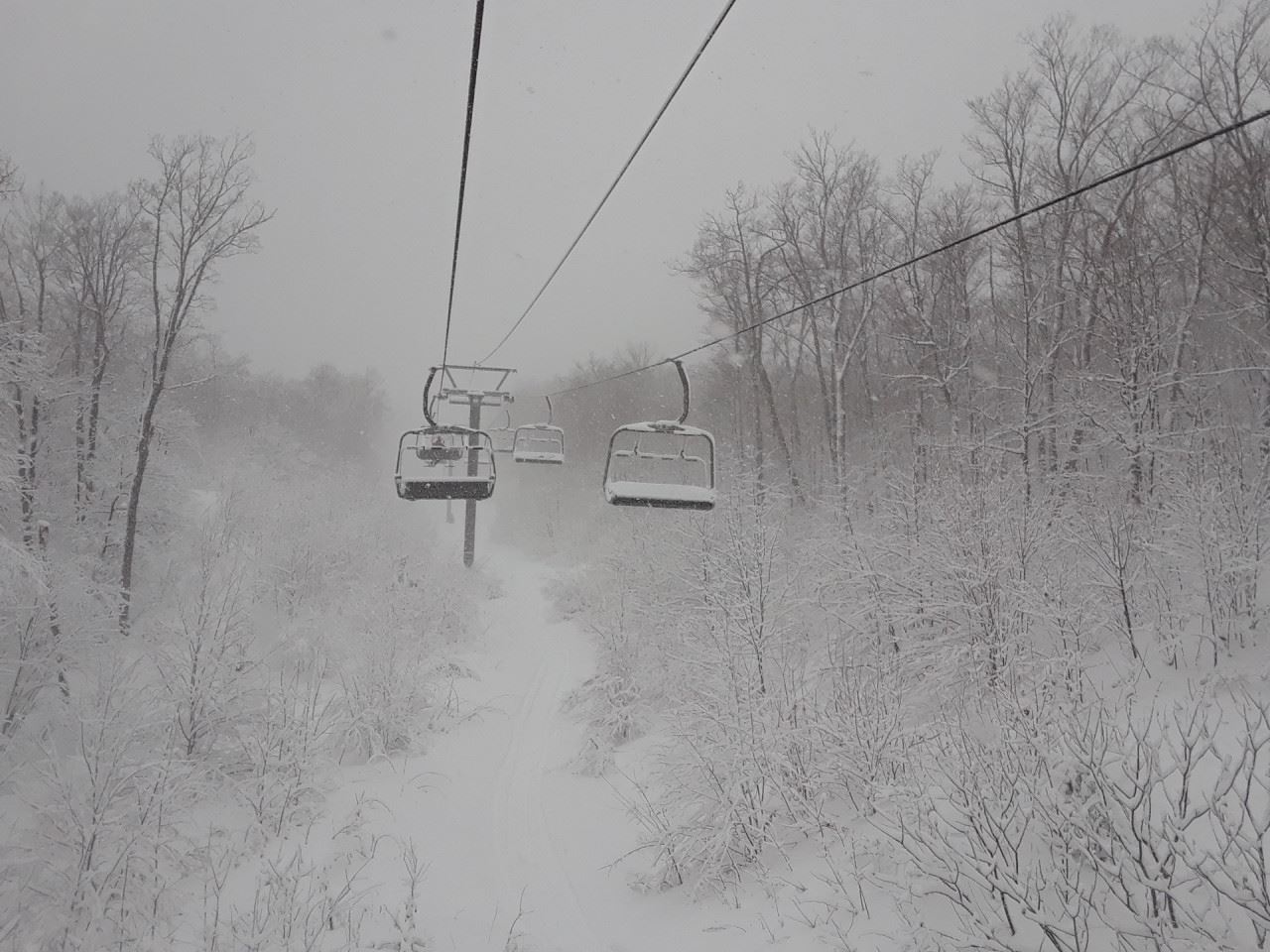 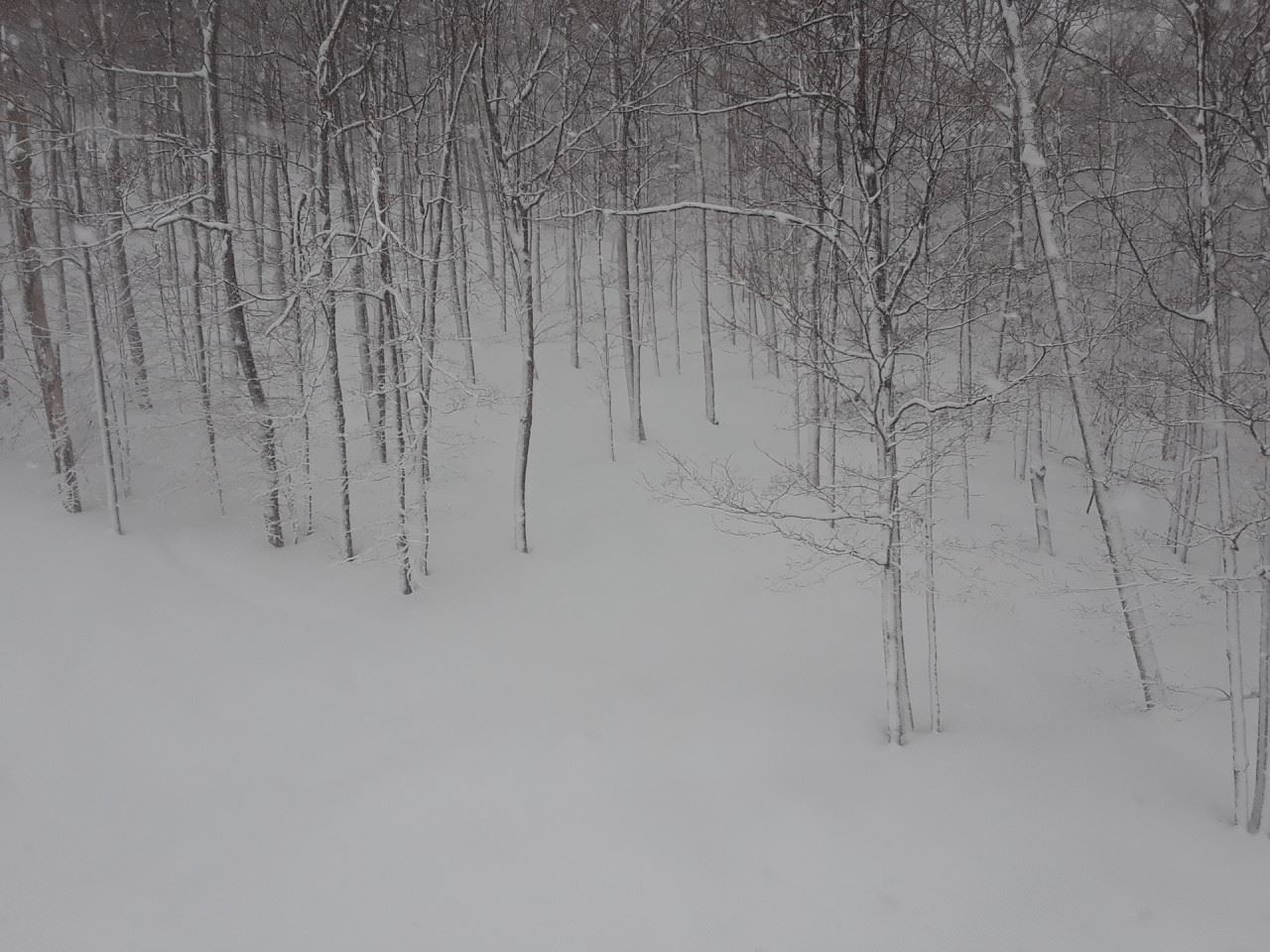 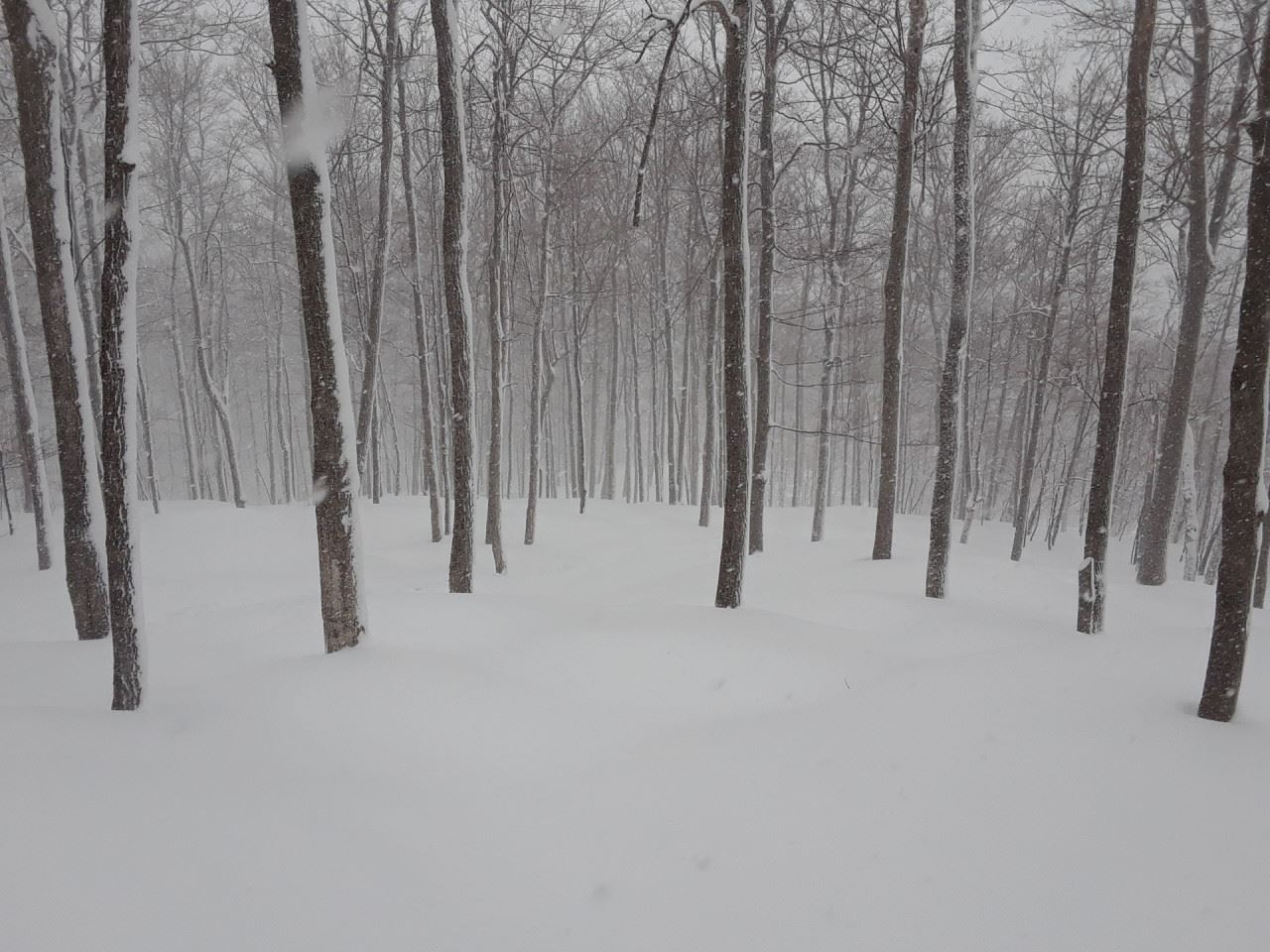 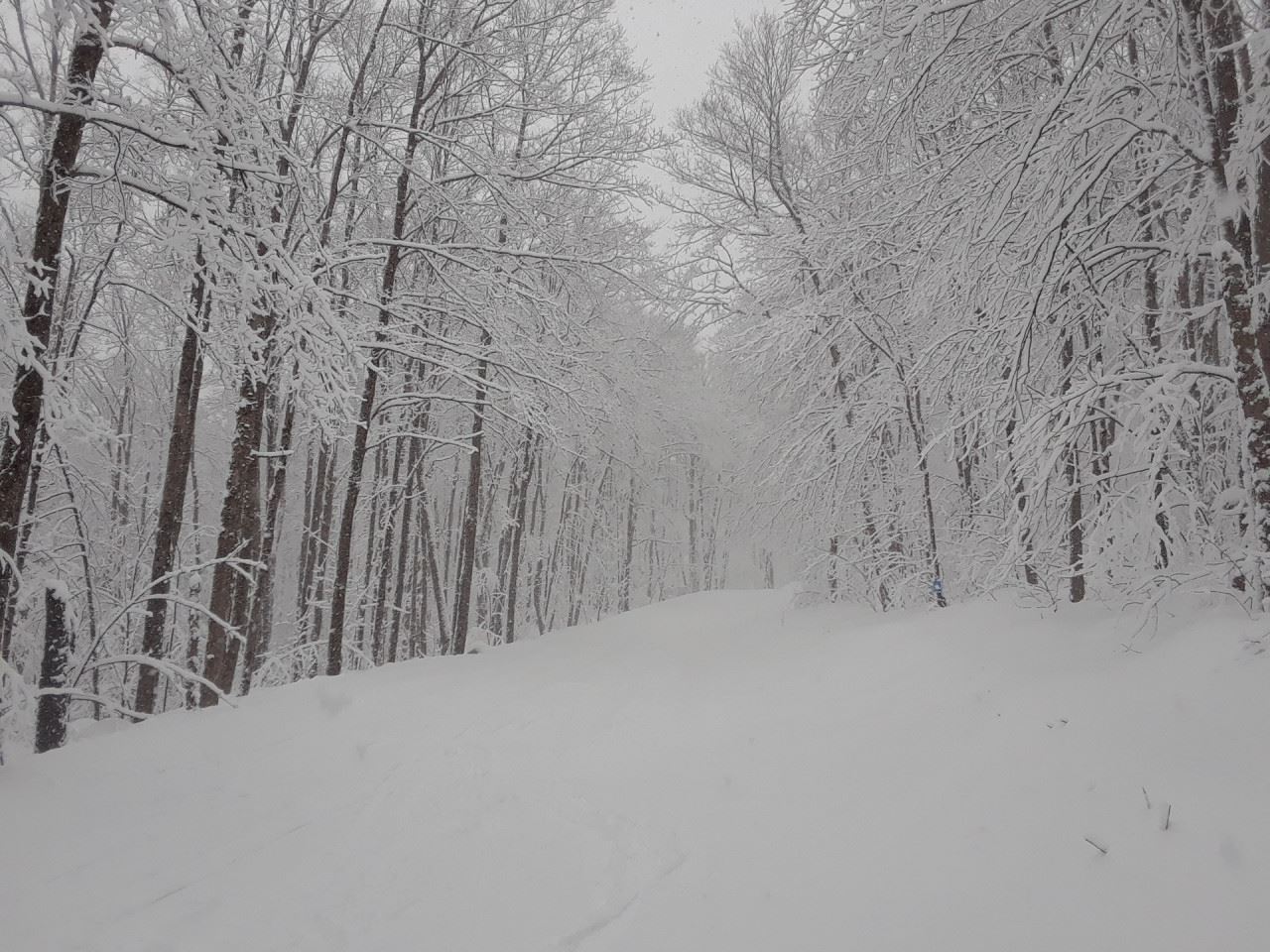 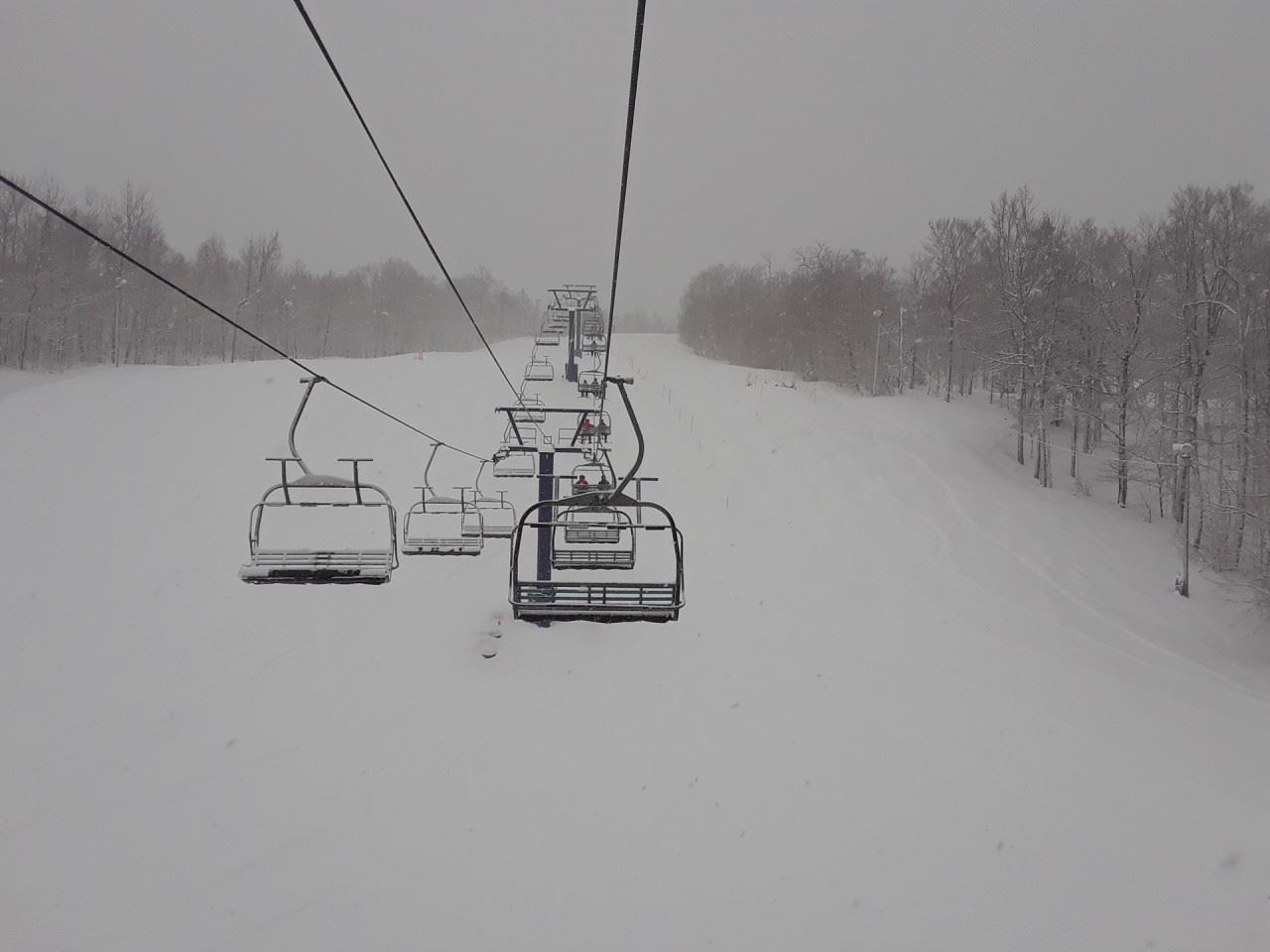 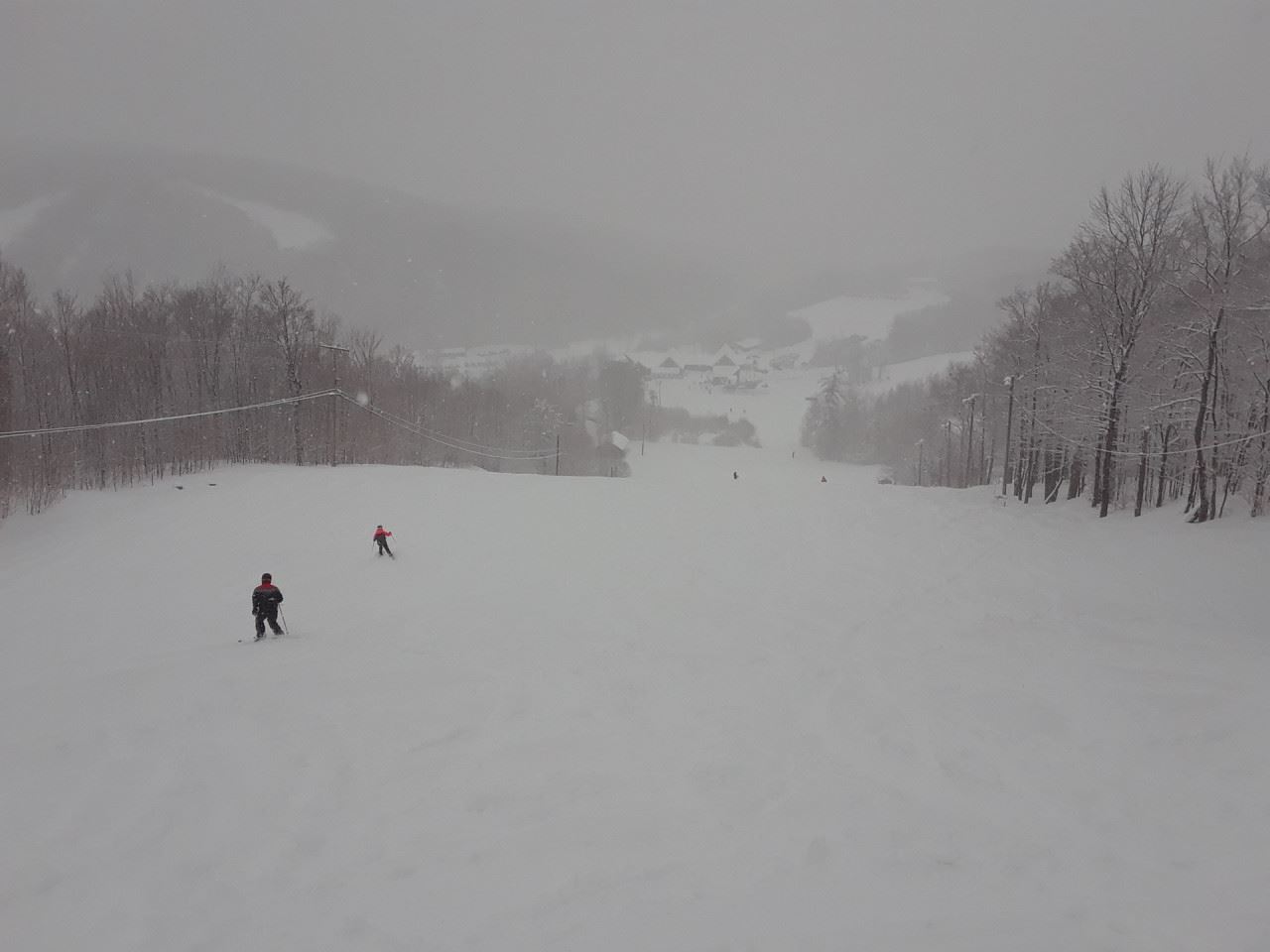 Slalom was so smeary 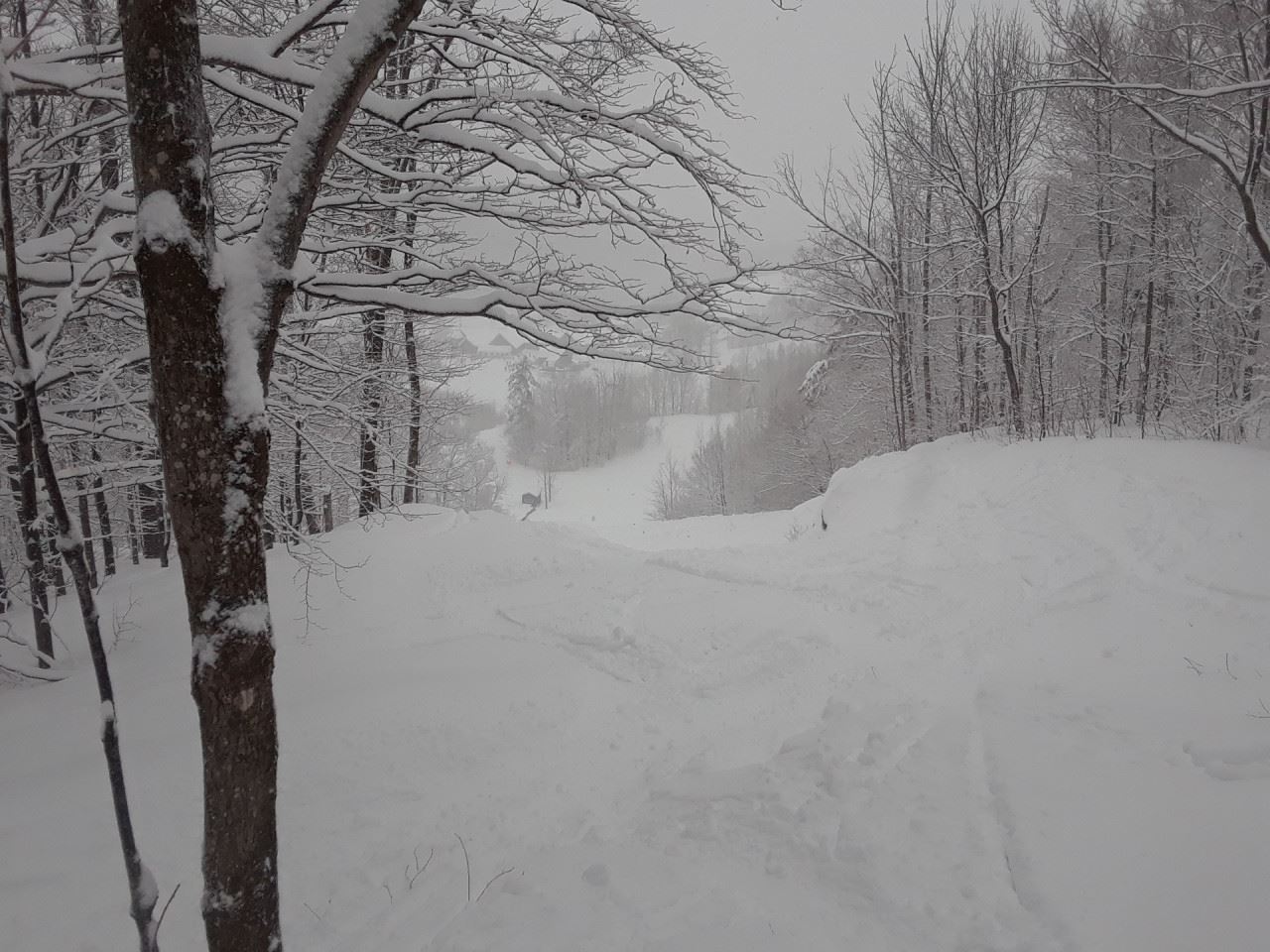 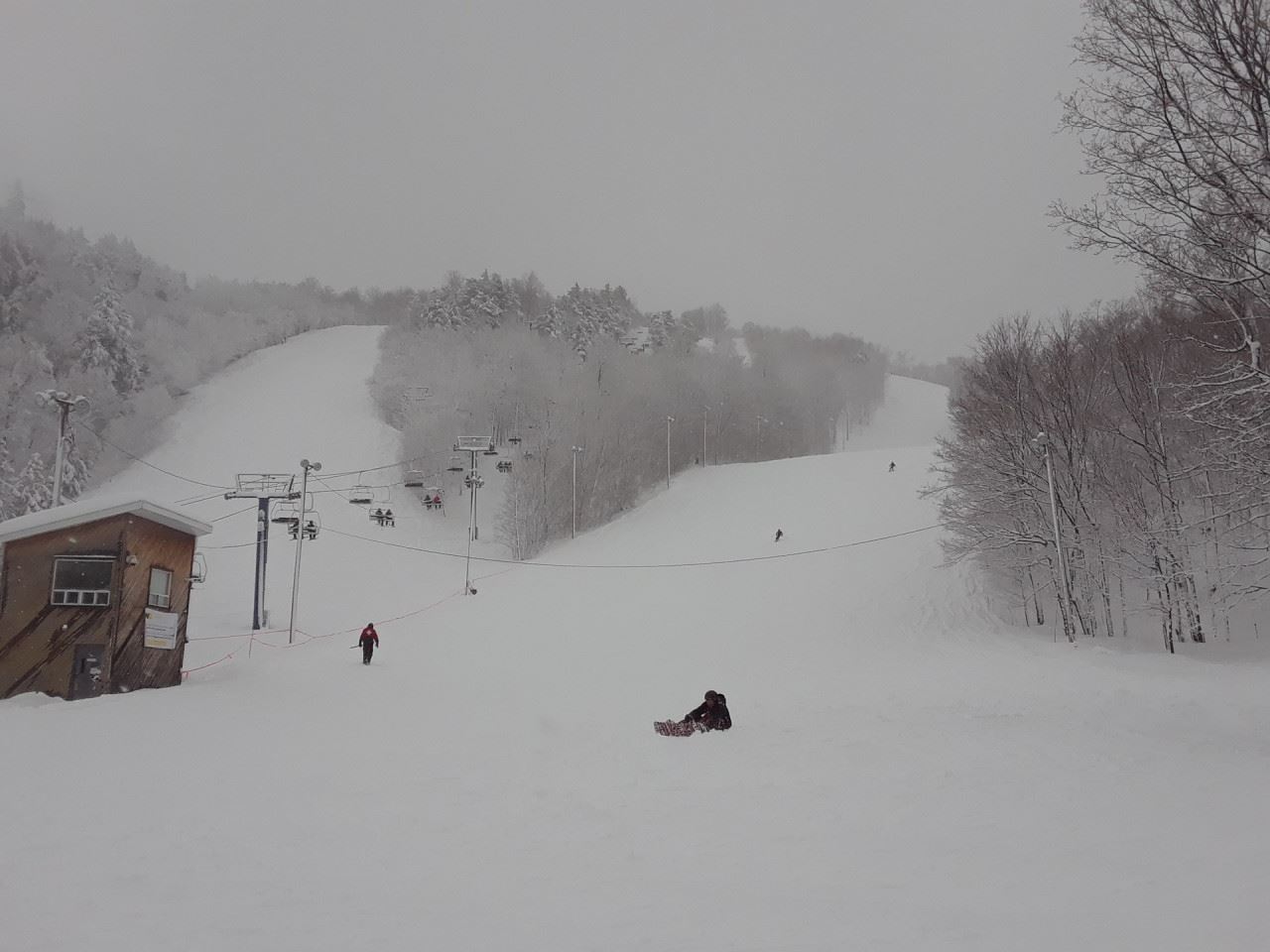 Skyline at noon. Lots of space for all.