Night mission to Fortune! Night skiing started on Dec. 27th and Camp Fortune has managed to open up most of the trails on Skyline. Considering the lack of snowfall and the up/down temperatures, they should be commended. The drive was quick from Ottawa as most people were still on holidays or still working from home.  When I hit Chelsea, I noticed a massive line of cars leaving Gatineau Park. The line went from the Chelsea stop sign all the way to just past the P8 parking lot. This was a parade of cross country skiers leaving at dusk. Anyway, the road to Skyline has been repaved, and there is now a median at the Skyline parking lot to slow traffic.

When I arrived around 4:30pm, it was the switch over time, so the parking lot was almost full but there was almost no lines for the lift.  Temperatures were mild at around -3 C and the conditions were hard packed with some loose snow on the edges. Sparks, Canadian, Bud Clark and the Chute were open.  Before entering, your pass was checked for COVID vaccination validation. A buddy of mine hadn't gotten his season pass validated yet so he had to go over to the Valley side to validate. Apparently it was a bit of a gong show with a line of 40 people outside not knowing or wanting to go inside to the other cash. It took him an hour. We finally met up and the skiing was decent, fast and refreshing. The day skiers had scrapped things up a bit but if you stayed along the side of the runs, you could push lots of snow around. Otherwise just GS down the middle. The place got busy around 6pm but died down again at 8pm. The lift lines needed a little wrangling as there were only two wide lines for 4 each. So single people got singled out with people afraid to ride with them. This slowed things down.  Regardless it was a beautiful night of skiing and I'll be back soon. 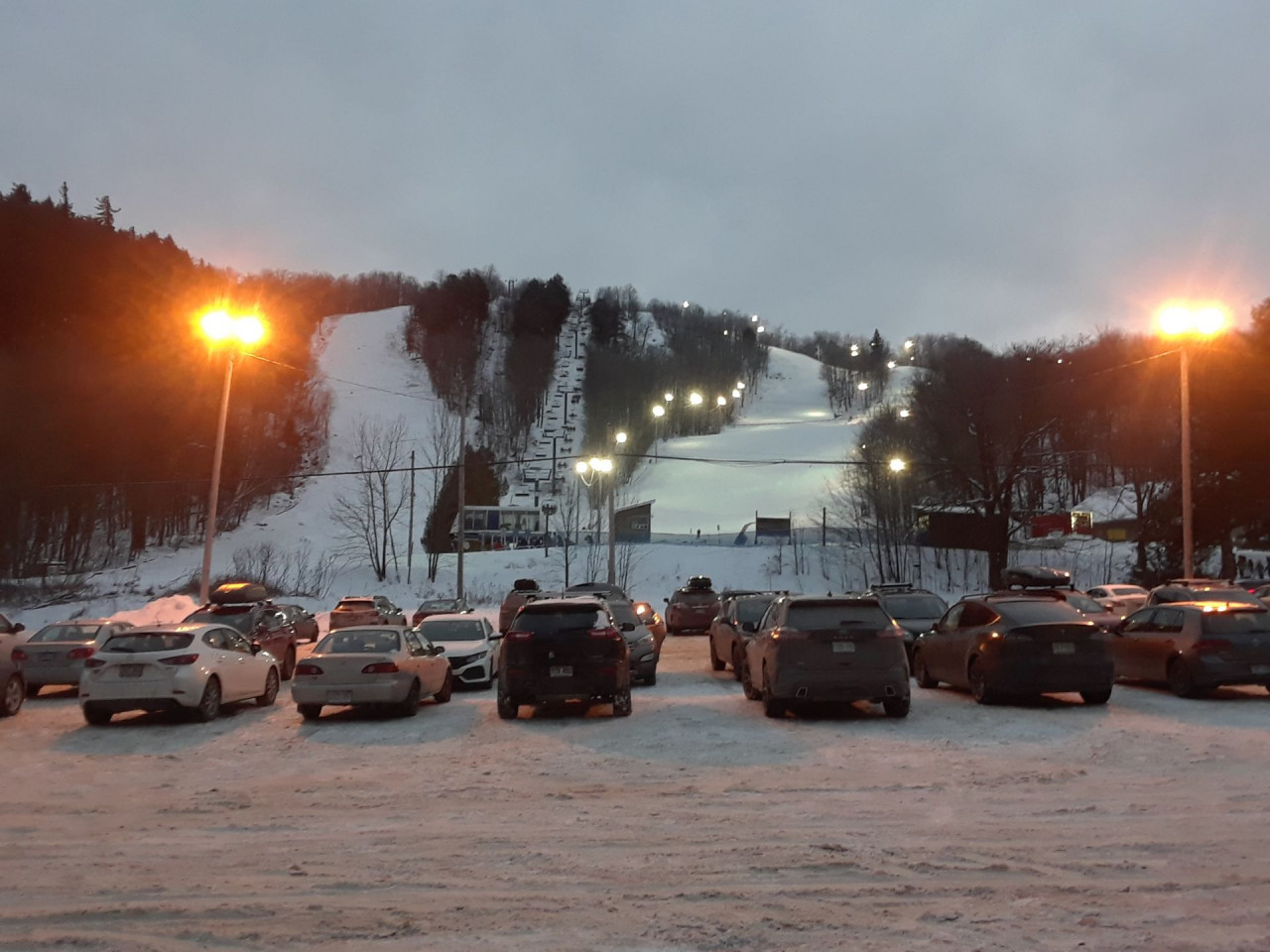 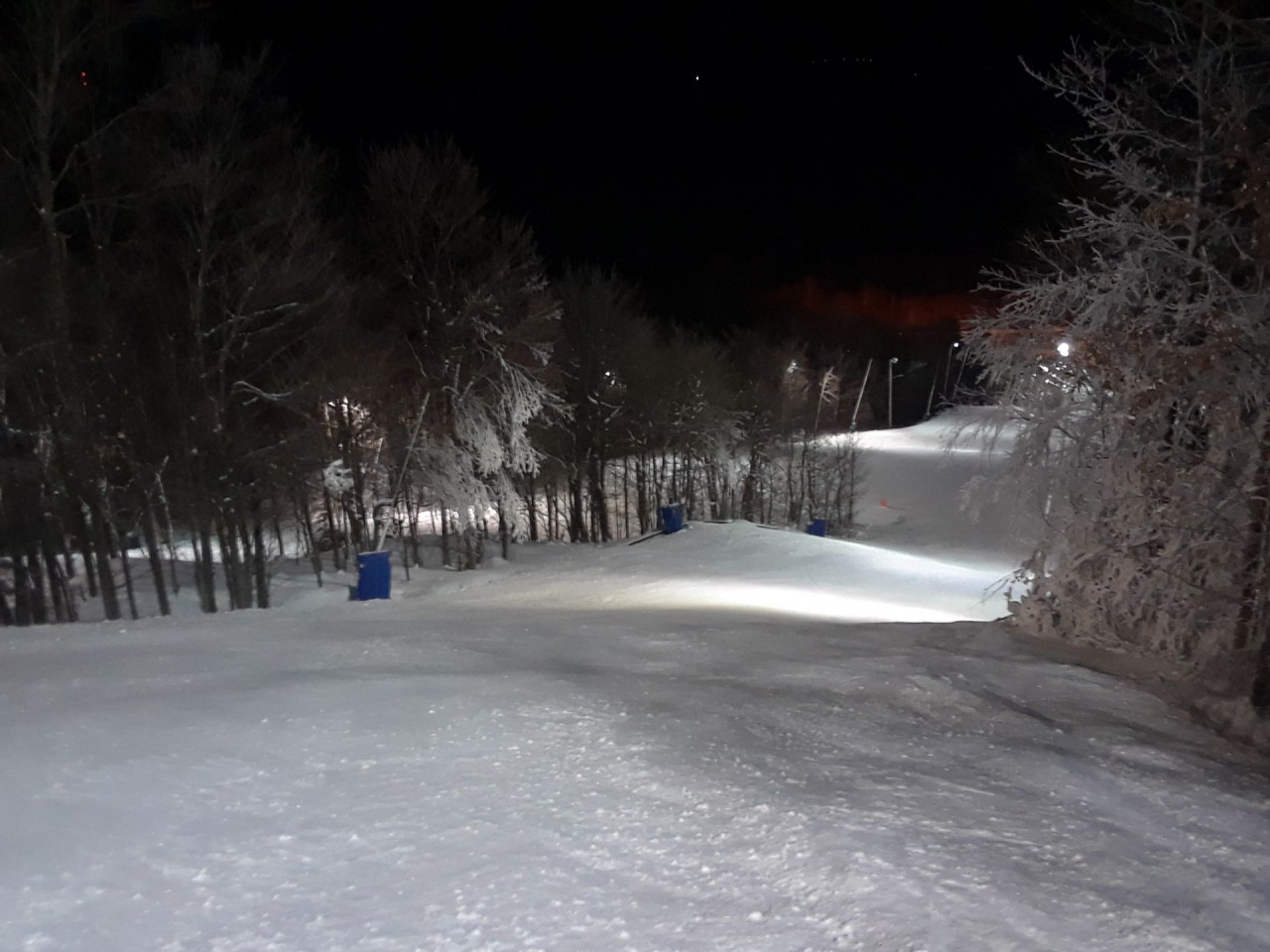 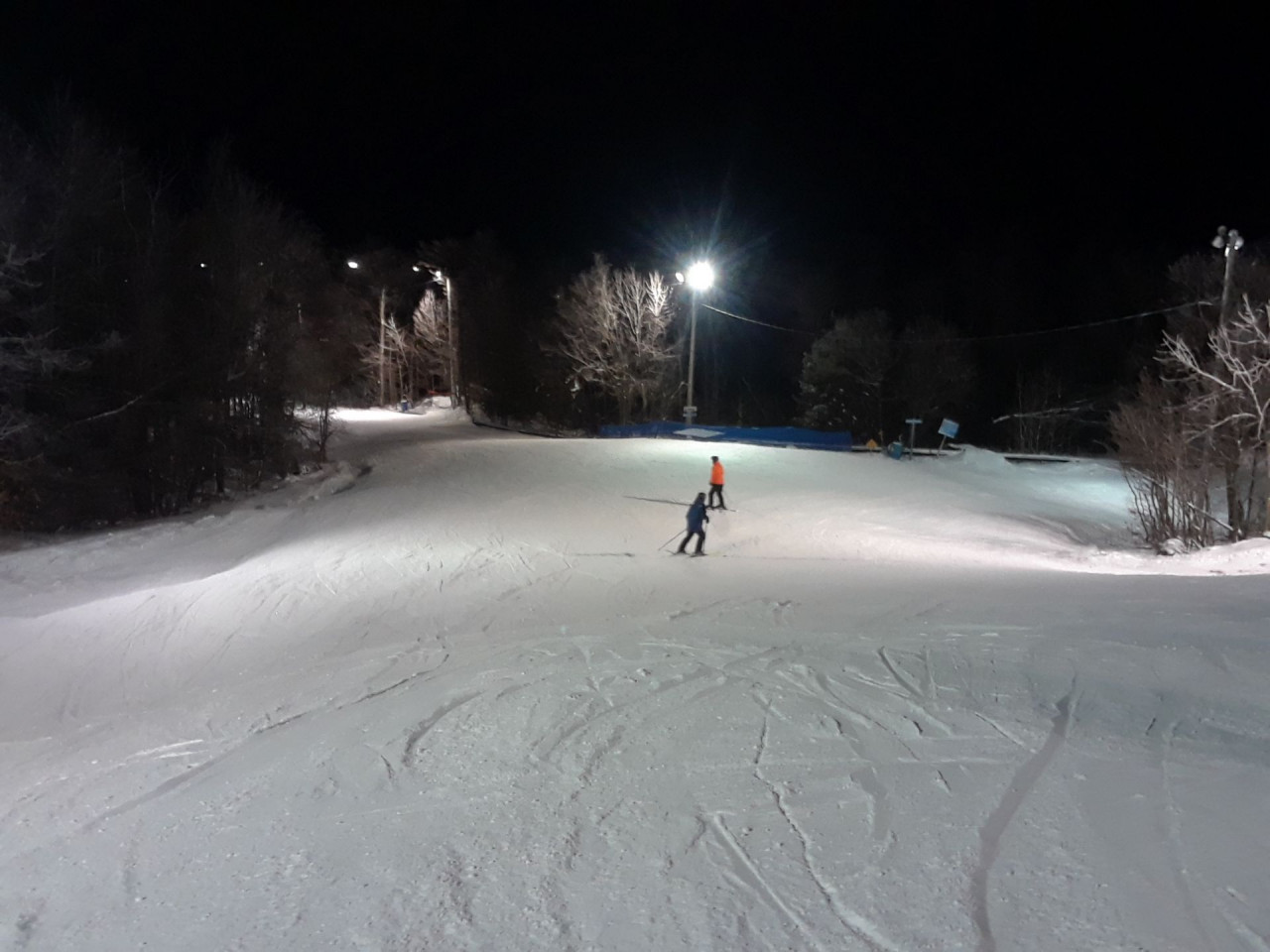 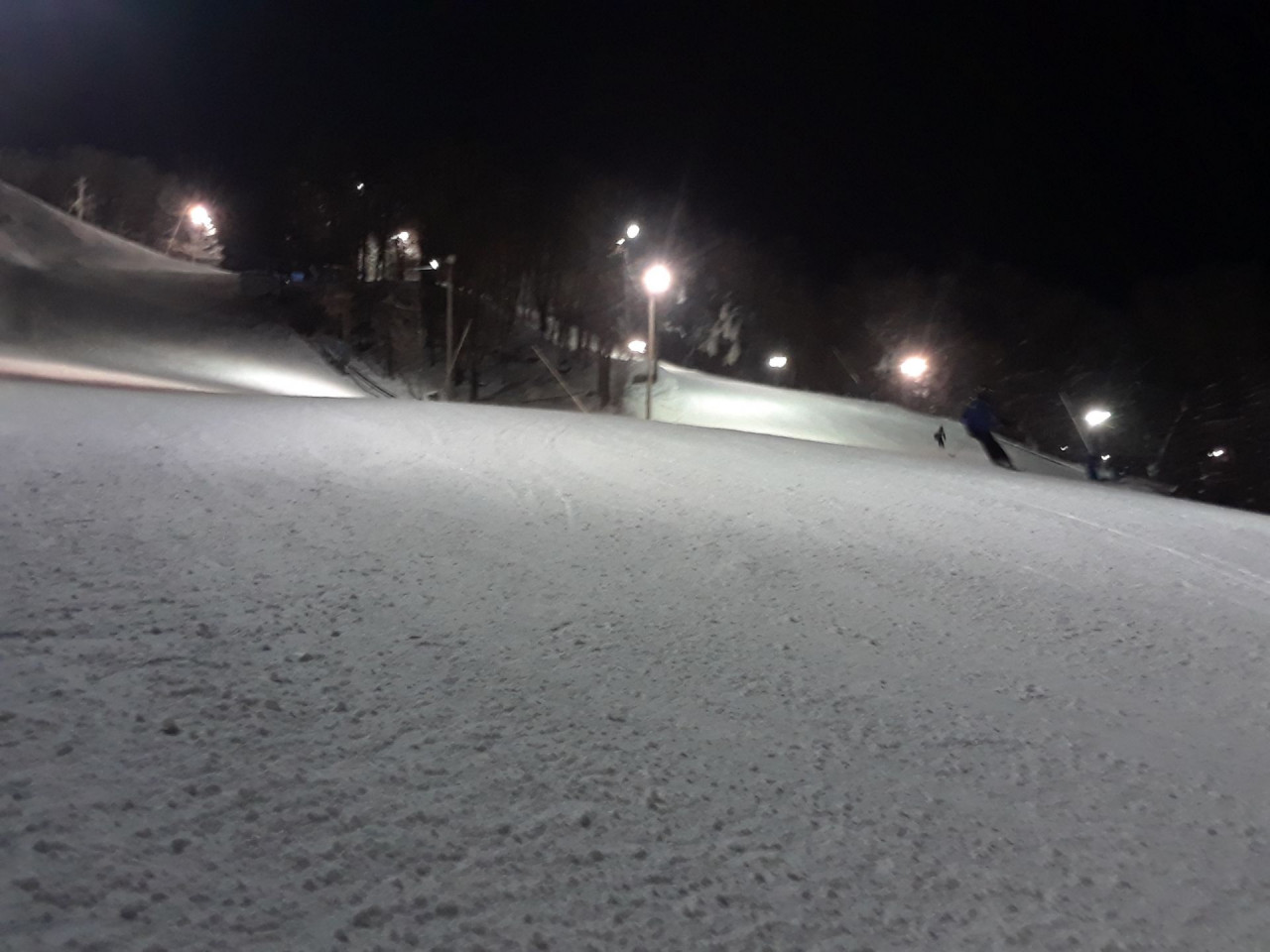 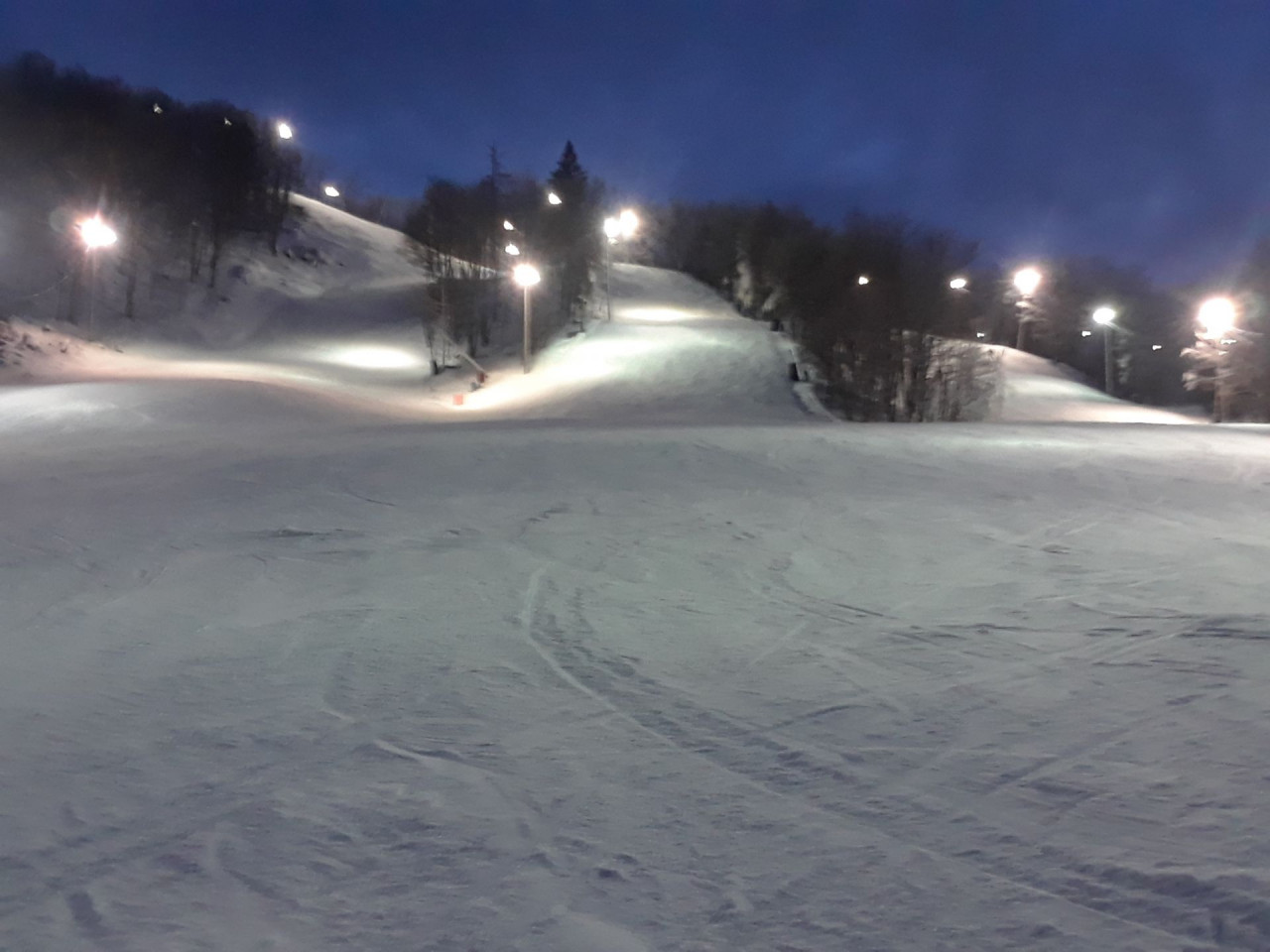 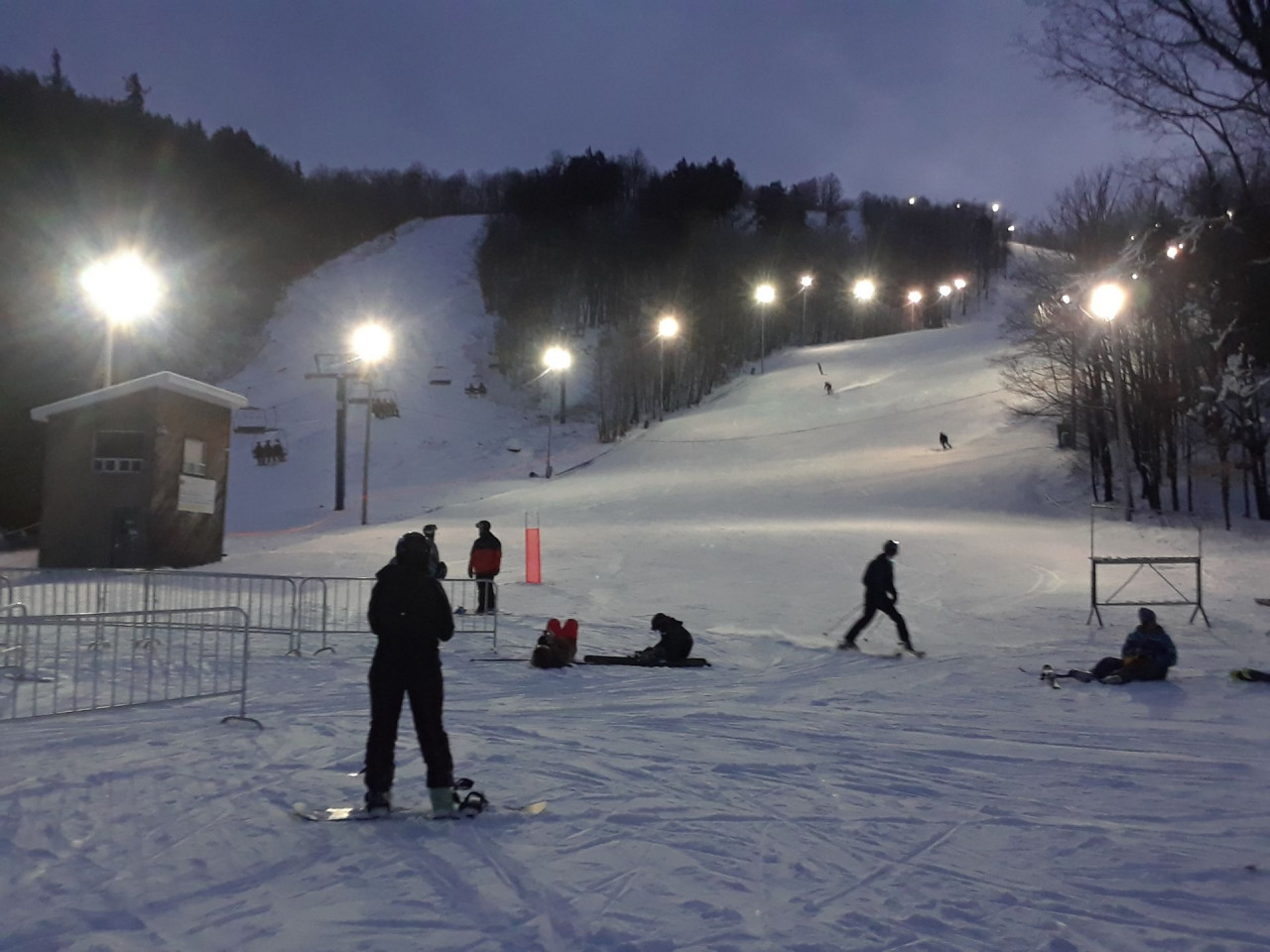 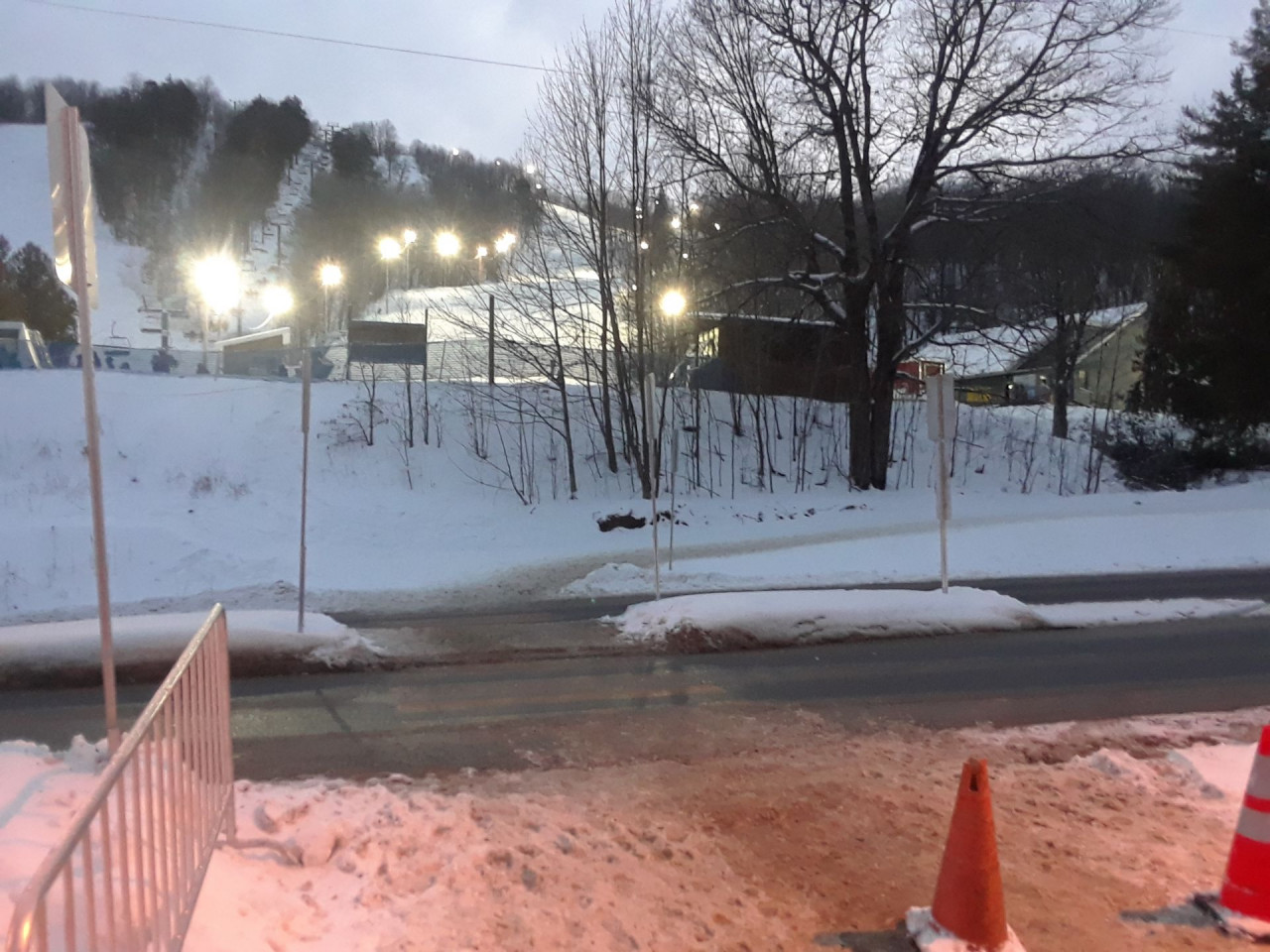 Great report Paul. Really happy they have finally repaved Meech Road, which was a bit of a pothole nightmare to navigate. The median in the middle of the road and the signage hopefully will slow the cars down, to make things safer for skiers and riders crossing from the parking to Skyline, which we will likely see much more of as people operate out of their cars rather than frequenting the chalets.

Despite the lack of natural snow thus far, the temperatures have thankfully been quite good for the snowmaking these past few weeks, and it shows in your pics. With most of Skyline already opened up! Hoping to see Meech open in the coming weeks too.

Very nice report Paul! I have never skied Fortune, and would like to sometime. The photos give you a really good idea on the terrain, and what to expect. Looks like the trails were well covered considering the weather lately, and the lack of natural snow. What I find interesting is in the first photo, is the old lift line going up through the trees beside the Quad chair. Looks like they had left some of the old towers standing. I assume that would have been an old double chair at one time. Keep safe, and have a great season!

Hi Paul, the old lift line was indeed a Poma double chairlift. Interestingly, the top was a floating bullwheel, rather than a fixed mounted bullwheel. I never rode it prior to it being removed but there are 2 or 3 towers on the upper part of the mountain that were left up.

I assume they check the pass at the gate right? Just wanted to make sure there’s no special line or window to go for vax pass validation, as I might head there tonight! Thanks

You have to go to the valley side to get your pass validated at the main lodge.

Gordo
There are no comments posted here yet
Leave your comments