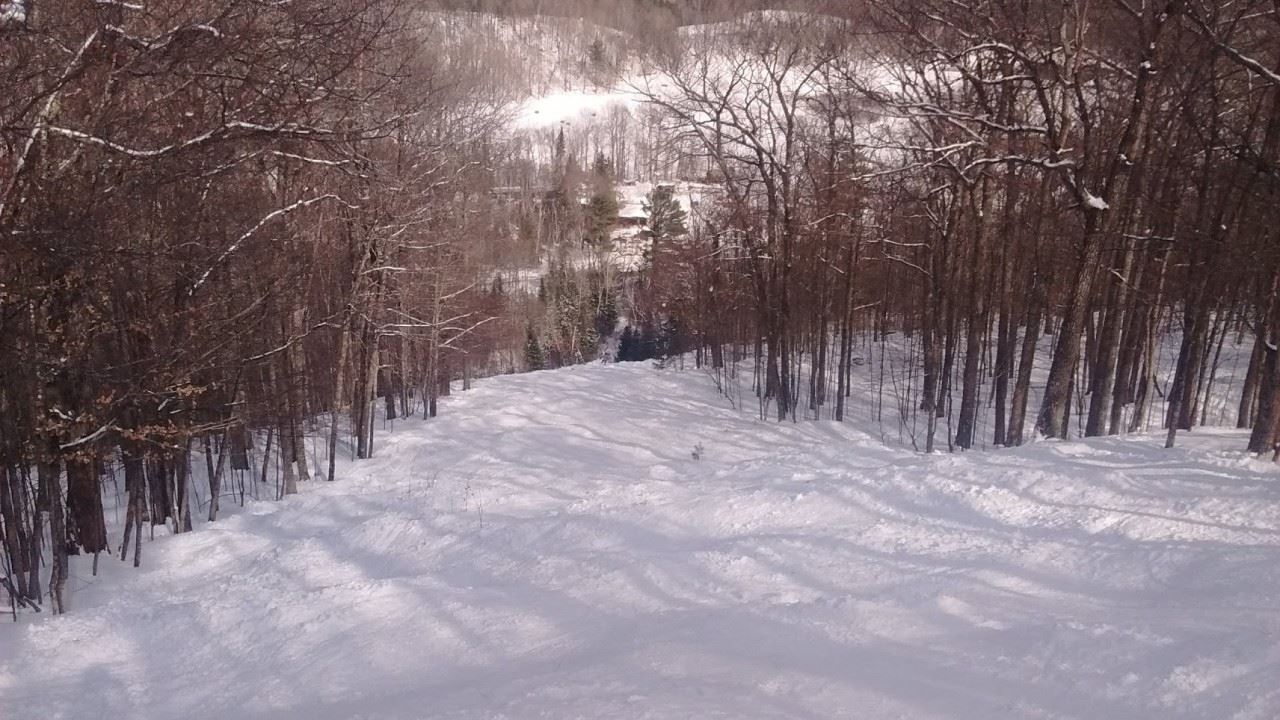 Mont Chilly is located just north of Fort-Coulonge, in the Pontiac region of Western Quebec. The drive along highway 148 from downtown Ottawa/Gatineau takes about 1.5 hours. Another option is to drive on the Ontario side and cross the Ottawa River at Portage du-Fort.

Mont Chilly calls itself a "Micro Resort". The vertical drop is 430ft (130meters) with seven runs that have a consistent fall line. The runs include three glade trails and a steep double black bump run. Think of it as a mini Mad River Glen.

The hill is serviced by a single T-bar hand built by Larry Hernberger. The lift pulls you 800ft up in under 8 minutes.

The Hernberger family have owned Mont Chilly since its opening in 1966-67. This is truly a family run endeavour with three generations of the Hernberger family involved at Mont Chilly, from Larry, to his son Rick, and his son Kurtis.They alone operate the hill with the occasional volunteer and a single ski patroller.

The Mountain and the Ski Trails

The mountain features seven trails, each with a good amount of alternative routes to take. Starting from the left you have a single long green run (#1) then a mix of blue and black that run across the hill with a blue glade, a double black glade, a double black bum run (#4) think Camp Fortune's Heggtveit back when it was not groomed. On the far right of #4 is a steep double black glade (#5) that drops through a natural hard wood canyon and finishes at the bottom on #4. This is the most challenging trail and features loads of natural features and will hold powder for weeks after a storm.

Generally, the hill is only open on weekends but will open on some holidays like March break or Family Day. People should either call or check Chilly's Facebook page for opening updates. The Mont Chilly website is not actively updated. Hours are 10am till around 4pm with lift tickets costing $25 for adults and $20 for children and students. Keep in mind that 10am is a rough start time so there is no need to rush to the hill. These days the kitchen is rarely open so bring a lunch. There is also no bar. However, there is a rental and repair shop in the basement of the small lodge.The hill rents newish carving skis, retro straights skis from the 80's and 90's, snow blades and a couple snowboards.If you are looking for the newest ski tech you're not going to find it. A full package rental will cost you about $20, helmets are an extra $5.

Please keep in mind that Mont Chilly does not have any snow making equipment and grooming is very basic and only done when needed.With no snow making the season will generally start very late like late January or early February unless they have a great snowy start to the season.The last weekend is sometime in April. In 2018 the last weekend was April 21-22nd.

Real snow, steep pitches, glades and retro charm.While other resorts in the area groom the trails flat and perfect which generally equals boring Chilly likes it natural.Be ready for fresh snow, bumps and clumps. Another unique feature of the hill is the glade skiing which for Western Quebec resorts is a rarity. Run # 2 is a blue trail that is lightly gladed and has some natural and man-made jumps. This is a favourite for young park focused skiers. #3 is a black diamond glade and #5 is a long steep glade for experts only.

The best thing about Mont Chilly is that everything about it is focused on the skiing! You would be hard pressed to find another ski hill that is still stuck in in the 1960's.

Mont Chilly is recommended for people who want to ski like its 1967 again.Powder hounds will also be into Chilly as it generally only opens on weekends and holidays, so a big week of snowfall will leave the hill covered in POW!

Staff and patrons are friendly and talkative. You will meet people and talk! Wow what a concept when people on other hills are glued to their phones on the lifts.

Chilly is also a draw for Telemark skiers because of the snow and natural terrain.

People into flat groomed to perfection trails may want to stay away as Mont Chilly likes it natural. Snowboarders should be warned that the hill is only serviced by a T-bar.

At $25 a lift ticket for real snow and steep pitches on hill that is never busy Mont Chilly is a great bang for your buck. 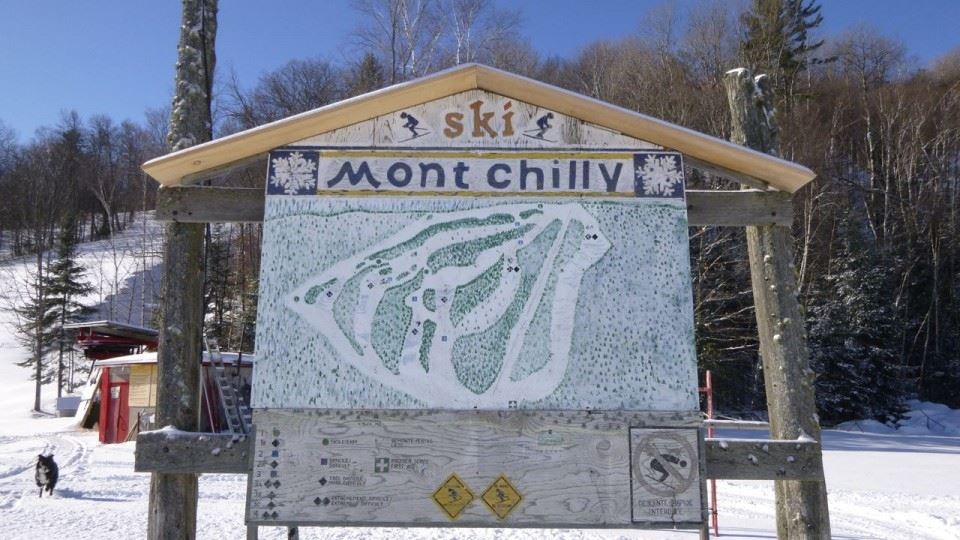 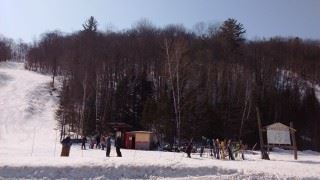 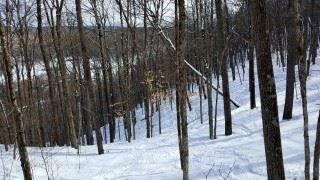 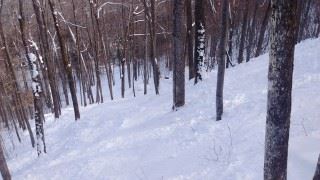 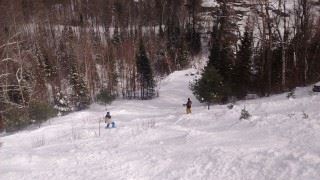 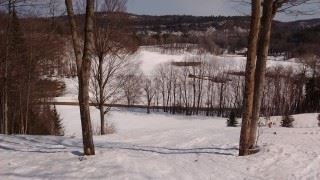 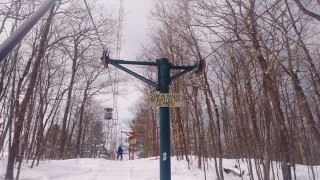 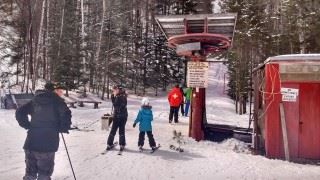 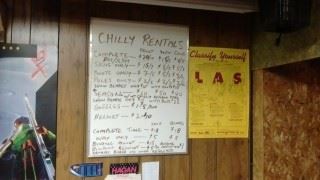 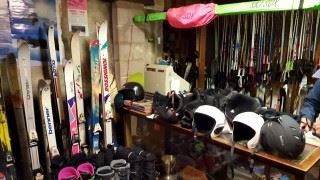 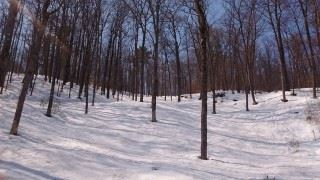 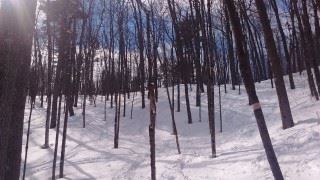 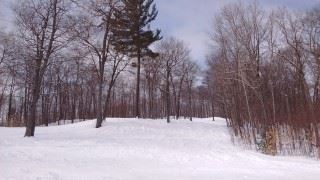 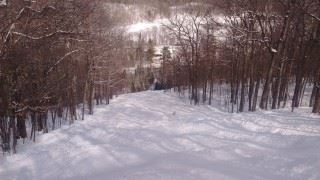 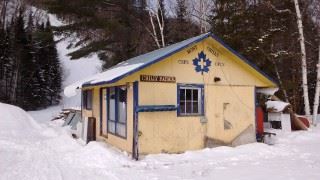 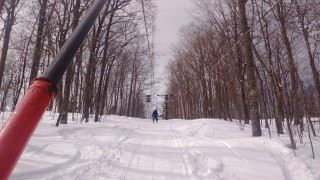 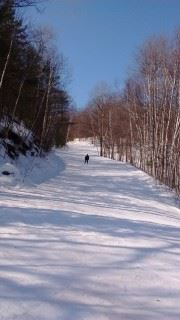 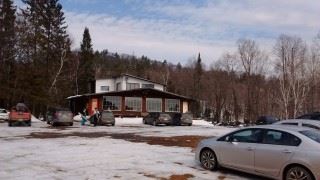 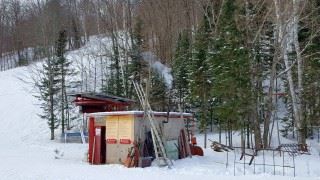