Top Posters In This Topic

Edelweiss was the creation of Andy Tommy, also known as one of the owners of the Tommy and Lefebvre ski and sports stores. The mountain was a racer's haven for many years. In the end of the 90s, Edelw 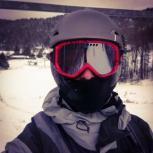 Wow this is great seing older pictures of Edelweiss..  I was talking with a ski instructor last year and they wished that the Heron double chair would have stayed there that way it would have bee

Hi Stef, I do agree. The Heron chair should have been kept. It was perfect the way it was. Easy Street and Chemin des Bois from the top of the mountain are nice however the pitch half way down is quit